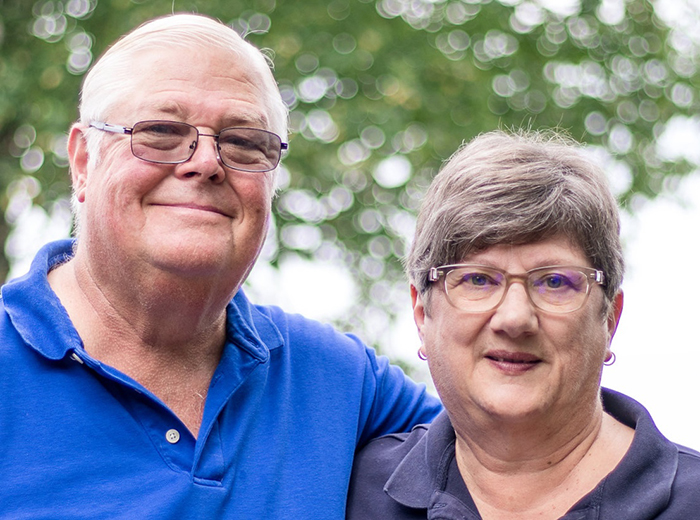 LAWRENCE — A $1 million gift from University of Kansas alumni Richard and Elizabeth Hoover of Northport, Michigan, will establish a chemical engineering research lab at KU’s School of Engineering.

The lab will focus on applied research in chemical engineering. While Richard Hoover was well-prepared academically at KU, he wanted to find a way to give current students more hands-on experience. With that in mind, the Richard H. Hoover Chemical Engineering Applied Research Laboratory was created.

“I was looking for an opportunity to do something to bridge the academic experience at KU with the applied outside world to help better prepare students for what they would encounter on the job,” he said.

“We are grateful to the Hoovers for this extremely generous investment in KU Engineering,” said Arvin Agah, dean of the School of Engineering. “This gift directly contributes to the education of our students and elevates the stature of KU Engineering.”

Alan Allgeier, associate professor of chemical & petroleum engineering at KU, expressed his gratitude for the Hoovers’ support, which greatly enhances the department’s programs.

“This gift allows us to plan long-term programs in our laboratories and to purchase specialized equipment that give our students marketable, industry-relevant skills,” Allgeier said.

Mark Shiflett, Foundation Distinguished Professor in the Department of Chemical & Petroleum Engineering at KU, said being able to build laboratories such as the one supported by the Hoovers resonates with businesses that visit KU.

“Multibillion-dollar companies see these facilities, and they are really impressed. Companies such as DuPont and Chemours could go anywhere in the world to do research, and they come right here, to Kansas, working with us, and that offers tremendous opportunities to students,” Shiflett said. “And when projects we’ve worked on together are completed, these companies hire our students.”

Richard Hoover, who is originally from St. Louis, is a third-generation Jayhawk who received a bachelor’s degree in chemical engineering from KU in 1971; his mother, father and grandfather also attended KU. Elizabeth Hoover, a New York City native who goes by Beth, received a bachelor’s degree in chemistry from KU the same year. Their parents were best friends and “arranged” for them to get together when they were still in high school.

“We were pushed in each other’s direction, and it was perfect,” Richard Hoover said.

He spent his career in various positions at Dow Corning that took him around the world; he retired in 2002 after six years as CEO of Dow Corning Asia, based in Tokyo. Beth Hoover worked for the Kansas Geological Survey while she was a student at KU. After graduation, she worked for the pharmaceutical company Hoffman-La Roche in New York as an analytical chemist until they started their family. They have a son and a daughter.