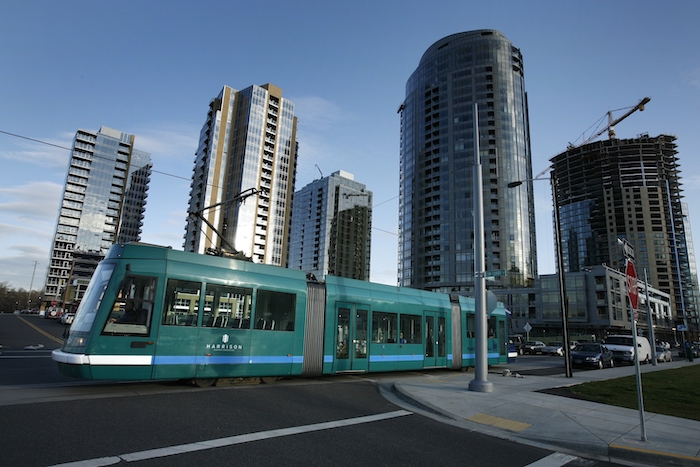 LAWRENCE — Cities considering investing in streetcar systems in an effort to bolster economic development should take caution, according to a study conducted by a University of Kansas urban planning researcher. 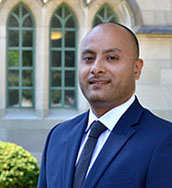 "Development outcomes along streetcar corridors cannot be entirely attributed to the presence of the streetcar," said Joel Mendez, assistant professor of urban planning in the School of Public Affairs & Administration. "There are many elements at play which are contributing to observed development activity. Streetcar investment is commonly accompanied with a healthy incentive package. The streetcar is not a one-tool solution."

Mendez and co-author Jeffrey Brown, professor and chair in the Department of Urban & Regional Planning at Florida State University, recently published their findings in the Transportation Research Record and as a report for the Mineta Transportation Institute.

In the study, the researchers examined development activity in Portland and Seattle from 2000-2017. Both urban metropolitan areas invested heavily in streetcars and have experienced significant success in stimulating development within their urban cores and along streetcar corridors. This has encouraged many U.S. cities to follow suit in hopes of experiencing similar development outcomes.

This can be problematic as there is minimal research out there that explores the development impact of streetcar investment, Mendez said.

"The purpose of this study was to better inform cities who were considering investing hundreds of millions of dollars on a streetcar specifically to achieve economic development outcomes," Mendez said. "We want to provide insight into the complicated relationship between streetcar investment and development outcomes. They see Portland, and they see all these new buildings, but not all of this came because of the streetcar. Many other elements are in play."

“We did this to test whether the presence of the streetcar had a unique impact on stimulating development activity or if it was the development incentives doing most of the work,” Mendez said.

Outcomes were inconsistent within and between cities. Some areas near streetcar stations were observed to experience greater development activity than areas receiving similar incentives and located in non-streetcar service areas, and vice versa.

“What this tells us is that the presence of the streetcar does not guarantee the attainment of heightened development activity," Mendez said. "If the achievement of development outcomes is driving the pursuit of streetcar investment, the sole implementation of development incentives should be considered. The employment of such incentives can potentially aid in the attainment of desired outcomes while requiring significantly lower capital costs in their implementation.”

Variation in outcomes between cities also tells us that the association between streetcars and development activity is very context- and place-specific.

“The success experienced in one city may not be transferable to another. Cities contemplating making a streetcar investment would be best served by keeping this in in mind,” Mendez said.

Search options »
Subscribe to KU Today
KU in the news
KSHB — Tue, 06/23/2020
Kansas and Missouri schools offering courses on pandemic
St. Louis Public Radio — Tue, 06/23/2020
COVID-19 treatment developed in St. Louis to begin human trials
“When you cut the budget, you have to cut positions for workers, and that further compounds the recession that we’r… https://t.co/S2k1MEhwM3
«»
Follow us on Twitter »
Why KU
Apply »
One of 34 U.S. public institutions in the prestigious Association of American Universities
44 nationally ranked graduate programs.
—U.S. News & World Report
Top 50 nationwide for size of library collection.
—ALA
5th nationwide for service to veterans —"Best for Vets: Colleges," Military Times