LAWRENCE — When University of Kansas professor John James Kennedy began working in rural China, he would get introduced to villagers with multiple children – despite the country’s strict one-child policy. 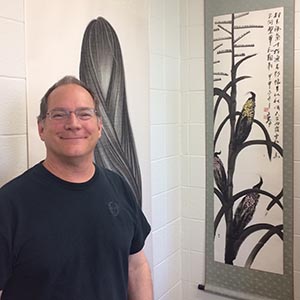 “Some of these villagers would have three kids. They’d introduce eldest daughter and youngest son by their name, but the middle daughter was the nonexistent one,” said Kennedy, associate professor of political science.

“They’d call them that with a nod and a wink: ‘hei hu’ — ‘the black child.’ When saying that, they meant unregistered.”

While China’s controversial mandate has led to an estimated 20 million “missing girls,” Kennedy asserts at least half of them aren’t truly gone. Instead, they are more a product of policy noncompliance between families and local officials to keep the births covered up.

Kennedy and Shi started researching this topic in 1995 and continued into 2015, mostly in the Shaanxi province in northern China. They interviewed residents, hospital employees, family planning administrators, registration officials and those responsible for issuing birth certificates – from the national, county and village levels.

He said this one-child policy, instituted in 1979 to curb the country’s rapid population growth, was easier to implement in cities because urban employment was connected to housing and social welfare. However, the execution of this proved far trickier in agrarian areas.

“The assumption was rural farmers had a son preference,” said Kennedy, who is also the director of KU’s Center for East Asian Studies. “The reason was they didn’t have insurance or pensions like urban folks, so they relied on their sons in old age to take care of them. Daughters were married out so they don’t live with their natal family; they take care of their husband’s family.” 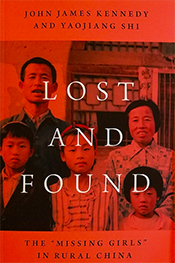 By the mid-1980s, the government realized it was too hard to enforce this singular policy in rural areas. So they decided if the firstborn was female, families could have a second child without a fine. Families would have a girl, then go for a second child. If that baby was a girl, they would not register the infant.

Whereas urban households attempting this tactic had a much greater chance of getting caught, those in rural communities proved more successful.

“It’s because the street-level bureaucrats are not just agents of the state, they’re also villagers. They have to live with these people,” he said. “But by mutual noncompliance, they’re turning a blind eye to the deeper issues.”

Although estimates have often been inflated by academics and the media, many demographers believe the number of missing girls is in the 20 million range.

“They are either nominally missing – in that they are hidden – or are truly missing, which is through sex-selective abortion or infanticide,” he said.

Despite researching this topic for decades, Kennedy said the subject was previously too sensitive for his Chinese colleagues to publish at the time. The one-child policy ended in 2015, prompting greater scrutiny of its consequences.

A Los Angeles native who has taught at KU since 2003, Kennedy actually lived with the Chinese family who is featured on the cover of “Lost and Found.” He said this quintet was a fitting example of his findings: The son was registered as a second child, the oldest daughter as a first child, and the middle daughter went unregistered.

Kennedy, who is fluent in Mandarin and an expert in Chinese local governance, said of his inaugural book, “I hope it opens a broader discussion about our assumptions of villagers and their behavior.”