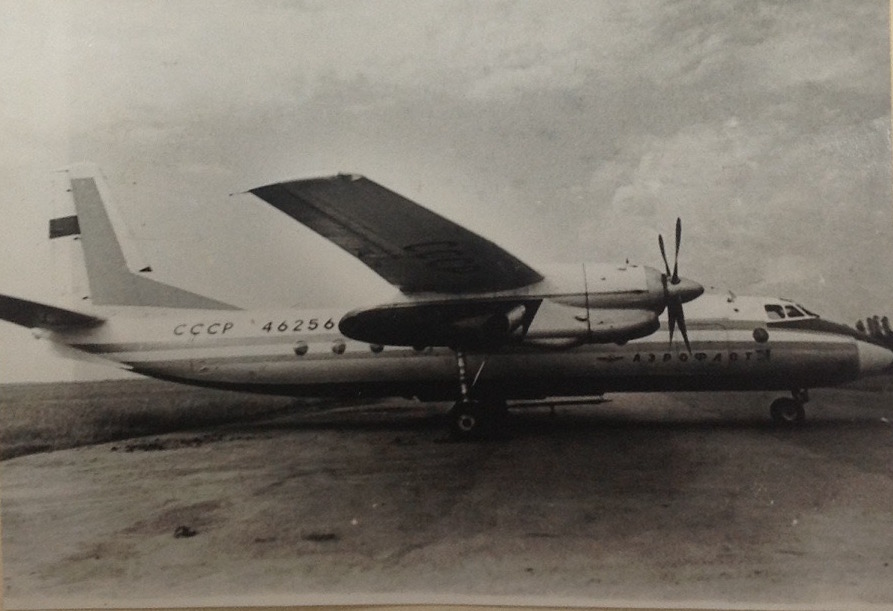 LAWRENCE — There was a time when hijacking a plane was considered heroic. Glamorous, even.

“The idea that hijacking was romanticized is hard to fathom in our post-9/11 mentality,” said Erik Scott, associate professor of history at the University of Kansas.

But that was the case 50 years ago when air safety and border security were viewed quite differently. 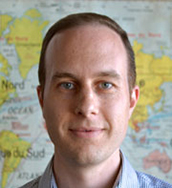 While working on a book about defection, Scott came across one of the most bizarre incidents of the Cold War: the first successful hijacking of a Soviet aircraft. His research led to writing an article titled “The Hijacking of Aeroflot Flight 244: States and Statelessness in the Late Cold War.” The 10,000-word piece appears in the May issue of Past & Present, one of the world’s leading historical journals.

“It grabbed my attention because it was such a dramatic story,” Scott said. 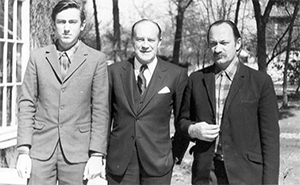 On Oct. 15, 1970, Pranas Brazinskas and his 15-year-old son, Algirdas, boarded a plane in the Georgian city of Batumi. The two Soviet Lithuanians, armed with pistols and a grenade, handed a note to a young flight attendant named Nadezhda Kurchenko. She reacted by rushing to lock the cockpit door and warn the pilot. The men began shooting when the pilot intentionally nosedived the aircraft, killing Kurchenko and wounding members of the flight crew.

The hijackers eventually commandeered the plane and diverted it to Turkey, hoping to secure asylum.

Scott, who actually tracked down and interviewed the surviving hijacker, said, “The (Brazinskases) were basically trapped in limbo in Turkey for nearly a decade since the incident spurred governments on both sides of the Iron Curtain to crack down on hijacking. Although they ultimately managed to leave Turkey, fleeing to Italy, Venezuela and then the United States, they remained isolated and virtually stateless, rejected by governments around the world.” 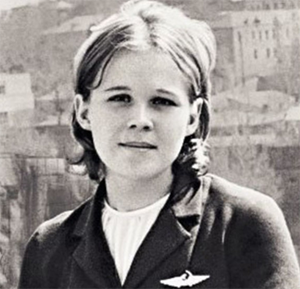 The blight of “skyjacking” became prominent in the late 1960s and early ’70s. A five-year stretch of that era witnessed 326 hijacking attempts -- an average of about one every five days.

Scott writes in Past & Present: “For a time, hijacking offered non-elite and often marginal individuals the opportunity to reorder the hierarchies that governed airspace and mount a challenge to Cold War boundaries.”

“It was not initially associated with terrorism,” he said. “And so although hijacking was very common, it was not always violent. It certainly involved coercion because you had to demand that the pilot would take a plane somewhere else, but at least at first it rarely involved people getting hurt or dying.”

Airlines and the U.S. government even disregarded the crime for a time, believing the public would not put up with added security measures at airports.

“So for a long time, the Soviet Union took a rather tolerant approach of hijacking beyond its borders. They saw it as a symptom of discontent in the capitalist world. They gave tacit support to hijackers, including some factions of the PLO.”

The Soviets were not so tolerant of the hijackers of Flight 244, especially seeing as they murdered a crew member. (A 1974 Soviet film titled “Abiturentka” [The Applicant] provided a fictionalized account of this event that heroicized the slain woman.) And their fate became a complex and often absurd saga, stretching on for decades and ultimately involving the U.S.

Scott located the younger Brazinskas currently incarcerated in a California prison, where he was sentenced for bludgeoning his father to death in 2002.

“In the trial, he argued his father had a long history of violence,” Scott says of Algirdas Brazinskas. “But in our correspondence he returned to this idea that this was a heroic action they took, and they should be remembered accordingly. My own take on the incident is rather different. I see it as a very murky episode that fits with my broader research on defectors. While we tend to think of defectors as people who made a conscious political choice, many were people at the margins of society whose motivations were personal as well as political, and whose decision to flee was more impulsive than deliberate.”

While researching this article, Scott scoured the recently declassified KGB archives in Georgia. He also made trips to Russia, the U.K. and the National Archives in Maryland.

He considers this a part of a larger book project examining how defection was jointly produced by the way socialist states criminalized exit and the way capitalist states encouraged departure.

The Boston native has earned a National Endowment for the Humanities fellowship and a fellowship from the American Council of Learned Societies. He’s hoping to complete the book manuscript within the next two years.

Scott, who has worked at KU since 2012, is an expert in Soviet and global history, and he offers courses on the history of migration, comparative empires and modern Russia. He is fluent in Russian and Georgian.

“We live in a time when people like to make comparisons to the Cold War, but historians are still coming to terms with what that period entailed,” Scott said.

“While it is common to think of the Cold War as a time when borders were solid and impermeable, this incident shows that Cold War borders were much more tenuous and contested. And though the Cold War is now over and people from the former Soviet Union are free to travel abroad, all of us now live in a world where airspace and airports are much more regulated than they were in the early days of air travel.”