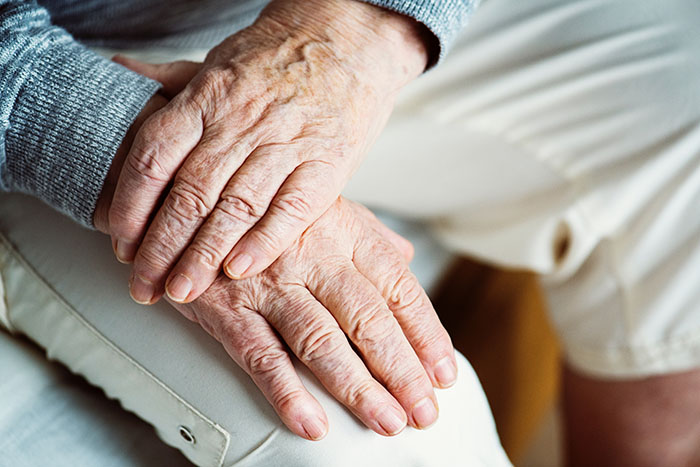 LAWRENCE — When a person looks back on life, they tend to reflect on their experiences and how those shaped who they are, and for the most part, they can compare those experiences to peers and those who came before them. An individual’s nationality, race, gender, income and other factors all influence how one ages, but for bisexual individuals, very little is known about how their experiences relate to aging. A University of Kansas professor has co-written one of the first international comparisons to examine how bisexuality intersects with the aging process.

Sarah Jen, assistant professor of social welfare at KU, studies the experience of sexuality, sexual identity and aging, especially within the lives of LGBTQ individuals. Research rarely considers the lives of older bisexual individuals separately from the broader LGBTQ population.

“We have found through research that there are significant health disparities in the bisexual community for both men and women,” Jen said. “We still have much more to learn, though, about how they make meaning out of their identities and about understanding their life stories.”

Jen worked with Rebecca Jones of the Open University in the United Kingdom to compare studies the two had done in the United States and the U.K., respectively, to gauge what aging as a bisexual individual in two different, yet culturally similar, countries was like. Study respondents from both countries reported having felt ostracized from the rest of the LGBTQ community, yet there were also cultural differences that did not necessarily show up for all. The study was published in a two-part special issue of the International Journal of Aging and Human Development.

Among bisexual women, many reported being distanced from the aforementioned community in their youth, especially around the time of the feminist lesbian separatist movement of the 1970s. The philosophy in essence advocated disassociating from men and women who associated with men to build women-centered communities that would not rely on patriarchal structures.

“One of the consistencies we found in both studies was the distancing of women from feminist lesbian separatist movements that put bisexual women in an uncomfortable position if they were still open to relationships with men or even if they had male children,” Jen said. “A lot of the women we spoke to in both studies had a deep feeling of hurt over that.”

Among men, respondents in both studies commonly recalled being ostracized in both LGBTQ and heterosexual communities during the HIV/AIDS epidemic. During the early days of the epidemic, HIV and AIDS were considered to be diseases that largely affected gay men. Bisexual men were often criticized or suspected of exposing both men and women to the disease.

“The literature shows that bisexual men were essentially thought of as disease vectors and exposing people at large,” Jen said.

Bisexual women also experienced trauma from their experiences in the HIV/AIDS epidemic, though it wasn’t as widely reflected in the study. Some related the collective trauma of seeing many friends in the community die, and some who had sexual relationships with men at the time took action to alter their sexual risk-taking.

In both studies, the idea of bisexual cultural icons came to the fore, though in different ways. In the United States, Holly Near was cited most often as a well-known bisexual celebrity. A musician, Near dated a woman for years but eventually left her for a man. That action was labeled traitorous by many and carried many negative connotations and associations over to the larger bisexual community, contributing to the notion of bisexual individuals as unsafe sexual partners.

Conversely, in the U.K., David Bowie was the most frequently discussed bisexual icon. Also a musician, he was nearly universally perceived positively, and while he was known to be bisexual, cultural focus was almost always on his music. That experience led U.K. respondents to say the icon in their country carried only positive associations with him.

Among the differences between respondents in the two studies was intersectionality, specifically where race and sexual identity intersect as part of a person’s larger identity. Bisexual women of color reported knowing from a very young age they were a racial minority, which helped them deal with being a minority in other ways. Perhaps due to cultural and historical designations in context, this was not evident in the U.K. study.

Age intersected with the timing of respondents’ coming-out process. Those who came out early in life indicated they experienced many stigmas and traumas from an early age, while those who came out later mostly avoided them in their younger years.

“The historical narrative of the trauma is the way the community often holds together,” Jen said in relation to the HIV/AIDS epidemic. “Aging is tied in with that, as those who came out later in life weren’t exposed to the same stigmas. However, those who came out later in life also lacked historical, long-lasting ties to the LGBTQ communities, which might negatively impact their sense of belonging and social support among those who share nonheterosexual identities.”

The study marks the beginning of an ongoing international collaboration at a time when cross-national comparisons within LGBTQ aging research are sparse and needed in order to better understand the effects of distinct cultural context on the experiences of these individuals. The study also helps add to the understanding of sexuality and aging as there is very little research done in the area, especially as it relates to LGBTQ individuals. Because of that lack of understanding, there is also little in the way of sexual health care and services for aging populations. Increased awareness, understanding and research can help lead to better care and services for all aging populations, Jen said.

There is no script for bisexual aging, Jen said, and given that many individuals report they feel lucky to be alive and were not expected to survive the HIV/AIDS epidemic they tended not to plan for their future. Research has shown that when people think about aging and what their future might look like, they are more likely to plan accordingly by saving for retirement, making wills, preparing end-of-life directives and similar decisions.

KU in the news
USA Today — Thu, 09/17/2020
Vulnerable Kansas bird populations are a canary in a coal mine for climate change
CNN — Wed, 09/16/2020
Giant planet found orbiting a dead white dwarf star
RT @iConnect _App_: Extra! Extra! READ ALL ABOUT IT! I-Connect has a write up in @KUnews ! 📲KU DEVELOPS APP TO HELP STUDENTS SELF-MONITOR…
«»
Follow us on Twitter »
Why KU
Apply »
One of 34 U.S. public institutions in the prestigious Association of American Universities
44 nationally ranked graduate programs.
—U.S. News & World Report
Top 50 nationwide for size of library collection.
—ALA
5th nationwide for service to veterans —"Best for Vets: Colleges," Military Times