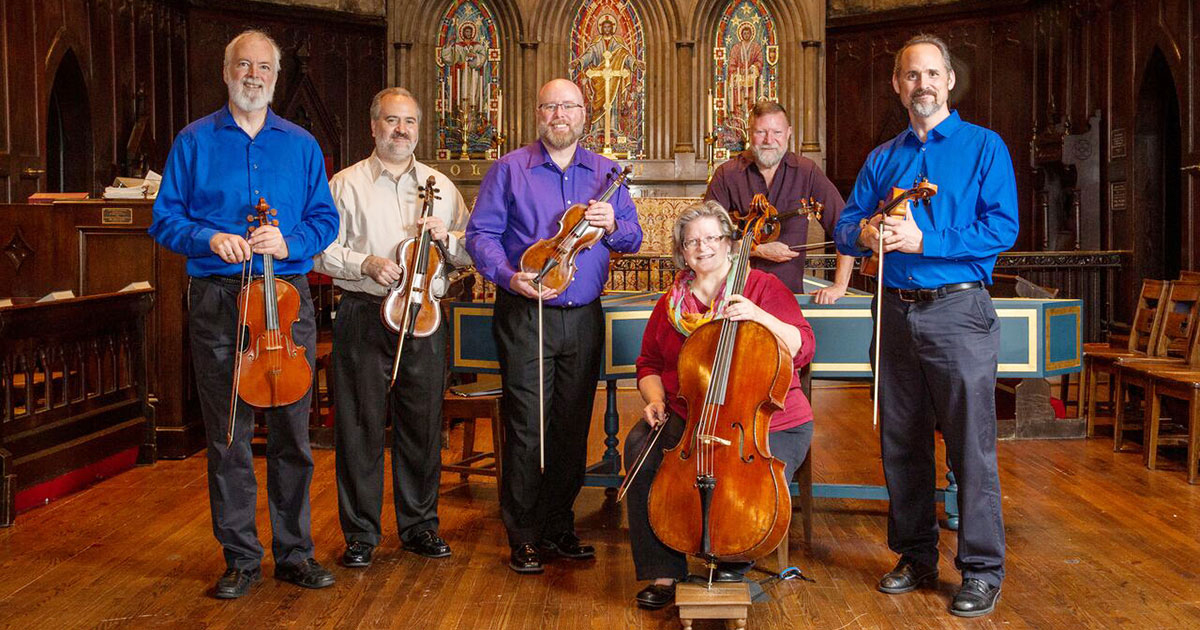 LAWRENCE – Composer Ingrid Stölzel is nothing if not game for anything. Write something for a group of baroque musicians, who play in a style and on instruments from 400 years ago, even though she’d never done it before? Sure. Imbue that piece with an emotional connection to the most important female composer of that era? Stölzel has given it her all.

The Kansas City Baroque Consortium commissioned the piece from the University of Kansas assistant professor of music composition and will premiere it Aug. 23 as the finale of a summer season of concerts titled “Women of Note: The Woman’s Voice as Composer, Patron, and Performer in the Baroque Era.” 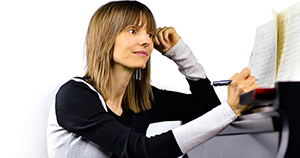 Even though she made her name as a composer of what can be termed modern classical music, Stölzel readily identified with the group’s mission of honoring the 400th birthday anniversary of Barbara Strozzi (1619-1677), who is recognized as the most important female composer of the early Baroque period.

The players will be joined in concert by soprano Victoria Botero, who specializes in Strozzi’s music. Botero suggested Strozzi’s “Che si può fare” as an inspiration for Stölzel. Botero will sing it Aug. 23 as well.

“I started with that piece and just listened to it a lot and translated the text for myself,” Stölzel said. “I decided to write for a baroque string trio and harpsichord – because to me the harpsichord immediately makes it sound baroque – and then the soprano.”

After she formed some preliminary musical notions, Stölzel said, “I had to find text, because I'm not a writer, and I am composing for a singer. So I wanted to find a woman poet in English, and I was pretty open to what that could be.”

“When I read the Italian texts it became very clear, a lot of it was about love and despair. And I guess a lot of music really has that as a theme. There’s also hopefulness in that, but some of the words keep coming back: ‘Che si può fare — What can I do? What can I do?' And later: ‘What can I say?' So there was this repetition of words in the original text of the Strozzi piece that I was really drawn to. The second verse is, ‘What can I say? The heavens are raining disasters on me. If love will not grant me a moment of breath to relieve all my suffering, what can I say?’ I was looking for a poem that would do something similar.

“And then I came across this amazing poem by Mary Elizabeth Coleridge (1861-1907), and the first thing I read was, ‘Grant me but a day, love, but a day, ere I give my heart away, my heart away.’ And I was like, ‘Oh my god, it's the same!’ It felt like the same text. You know, it had similar wording: ‘If love will not grant me a moment of breath.’ This is, ‘Grant me but a day, love.’ There is this idea of granting time. And it was written by another woman 250 years later, with similar themes.”

Stölzel said she sees structural similarities, too, between the text of the Strozzi piece and Coleridge’s circa-1900 poem, which is titled “Larghetto,” an Italian musical term for a slow tempo. Stölzel has titled her composition “But a Day.”

“When I read text, I also read what it could do musically,” she said. “I love the idea that the poem had multiple interpretations. I'm not saying this has to be heard a certain way. I'm not forcing an interpretation on the audience. I'm really taking my time and setting up that kind of emotional landscape.”

At the time of the interview, Stölzel said she looked forward to attending rehearsals in the church where the concert will be held.

“I'm always open to collaborating with the musicians,” Stölzel said. “Maybe we slow down here a little bit or change dynamics to balance things better. These are things that can happen during the rehearsal process. Especially for the premiere, I'm usually pretty involved in the interpretation. After the premiere, pieces go their own way. I'm not always there when they're performed, but people can reference the recording that will be made.”

Stölzel has already begun work on her next composition: a piece inspired by the pioneering Kansas aviator (and poet) Amelia Earhart, commissioned by the Music in the American Wild Ensemble.