LAWRENCE — In a recent article for The Daily Beast titled “Trump may not be coming for the Jews, but the next Trump will,” Samuel Hayim Brody said, “Anti-Semitism is not just bigotry, or dislike of individual Jews or of Judaism as a religion. It is a worldview that attempts to explain things to its adherents.” 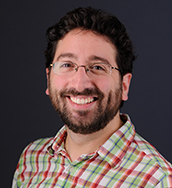 Brody, assistant professor of religious studies at the University of Kansas, is available to discuss this topic with media.

“There are two common misconceptions about anti-Semitism today,” Brody said.

“One is that the issue revolves predominantly around the state of Israel so that criticism of or support for that state is the starting point for discussion. The second is that anti-Semitism is a personal, individual bigotry rather than a complex and multifaceted ideology. The historical reality is that anti-Semitism has most often taken the form of a conspiracy theory that places Jews at the heart of great world events and offers its adherents an explanation of why they should blame ‘the Jews’ — as a collective — for their suffering.”

As pointed out in The Daily Beast article, Donald Trump is ostensibly a supporter of Israel and has Jews in his extended family. But the president’s habitual rhetoric on Twitter and elsewhere has ushered in a marked increase in anti-Semitic crimes (up 60 percent between 2016 and 2017, according to the Anti-Defamation League). Trump’s political success now opens the door for an even more dangerous wave of right-wing nationalists.

“Populist-nationalist rhetoric often skirts close to anti-Semitism, especially when it singles out shadowy international ‘cosmopolitans’ who don’t have the nation’s best interests at heart,” Brody said. “This type of rhetoric, even if it does not name Jews or identify Jews with those cosmopolitans, is likely to increase as we approach 2020, and that will inspire anti-Semitic activists who do make this identification.”