LAWRENCE — Politicians pay close attention to the demands of gun owners. They also pay attention to women voters. But little of their focus is aimed at women who are gun owners.

Apparently, that is a big oversight by those seeking public office. 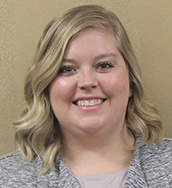 “I wanted to explore the ‘gun gap’ among women,” Alexandra Middlewood said.

“There’s research out there on the political effects of gun ownership, but the effect on women specifically really hasn’t been looked at — especially not in a quantitative way, using survey analysis and data.”

Middlewood, who earned her doctorate in political science at the University of Kansas in May, joins KU professors Mark Joslyn and Don Haider-Markel in crafting an article titled “Intersectionality in Action: Gun Ownership and Women’s Political Participation.” It will be published in a forthcoming issue of Social Science Quarterly (now available online).

The article contends that female gun owners display levels of political involvement in gun policy and a greater willingness to engage in discussions about gun control than those who don’t own weapons. Interestingly, the evidence also suggests greater political participation among gun-owning women in matters not related to policy.

Simply put: A woman who owns a gun is more likely to vote. 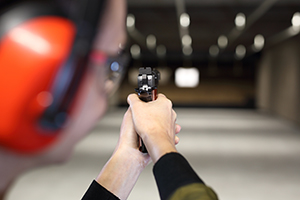 “A lot of people in politics right now are talking about gun control versus gun rights. If we know who is participating in politics and why they’re participating, and why guns are getting them to engage, it has pretty substantial effects on actual policymaking,” Middlewood said.

To determine these results, Middlewood and her associates accessed Pew Research Center data examining political participation pertaining to gun policy. They then launched their own national survey of nearly 900 gun owners. Integrating a 2016 American National Election Studies survey about behavioral and cognitive forms of political participation completed the process.

“There has been a strong movement among gun groups and businesses to attract more women, but the evidence seems to suggest those efforts have failed,” said Haider-Markel, professor and chair of political science at KU.

Specifically, the ratio of women who possess guns has remained stable at 11 percent since 1980, even though ownership among men has dropped from 50 to 33 percent during that same span.

“A lot of the reason women will say they own guns is fear of victimization. They also want to feel empowered. They want to feel like they can protect themselves if needed in certain circumstances,” she said.

“There is some significant research that shows when women feel like they’re going to be the victims of crime, or they live in areas where crime rates are increasing, the number of concealed carry permits that women apply for increases.”

Does Middlewood herself own a firearm?

“I do not,” she said. “However, some of the surveys about gun ownership ask, ‘Is there a gun in the house?’ I personally do not own a firearm. But my partner is a police officer, and he owns several. So in certain surveys, I would be considered a gun owner as well.”

A Michigan native, Middlewood spent the last three years at KU earning her doctorate, and she will relocate to Wichita State University this month as an assistant professor of American politics. Her area of expertise is public opinion and political behavior.

She’s already expanded on the politics of gun ownership and gender for her dissertation. She hopes to soon turn this topic into a book.

“The Me Too Movement is becoming stronger and stronger, and it’s what we think of as being a pretty liberal movement. And we think of gun ownership as being associated with conservatism,” Middlewood said. “But the research shows that when women feel victimized, they’re more likely to own a gun. So there may be some unexplored connection there.”