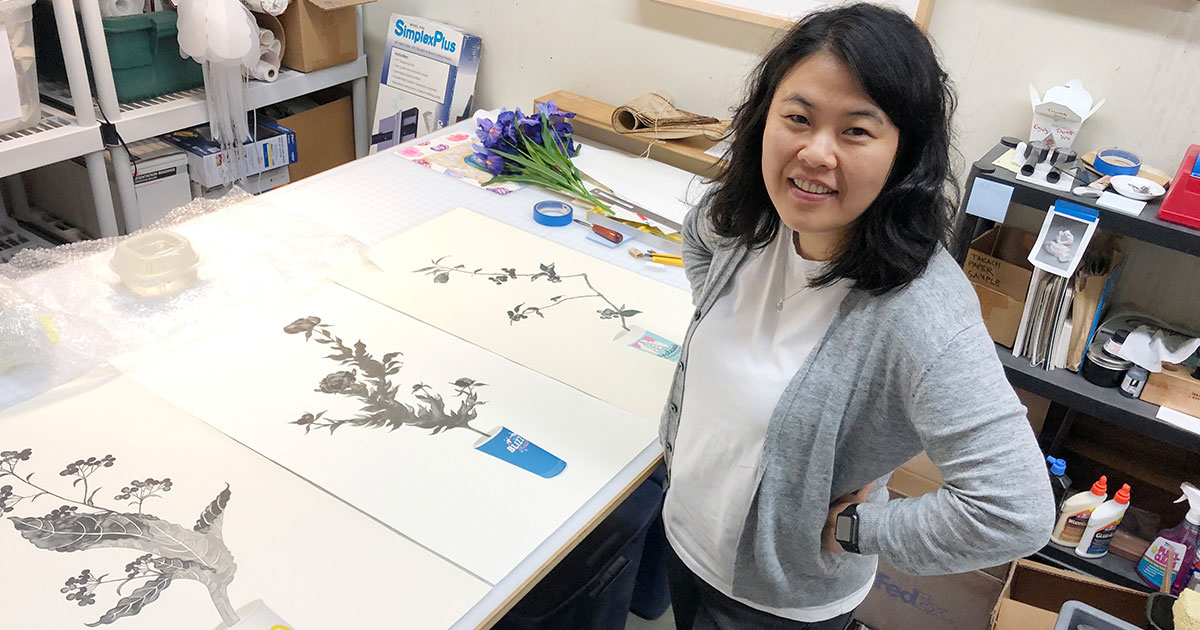 LAWRENCE – Sometimes the purpose of art, and particularly a still life, is to remind us of the passage of time and of the fleeting hours we have to determine and then accomplish our life goals.

It’s that, much more than any critique of consumerism that her nods to pop art might imply, that drives Yoonmi Nam’s work, now taking the form of ceramics after a lifetime as a printmaker.

Nam, University of Kansas professor of visual art, will have a solo show titled “For Now” consisting of a few prints and mostly ceramic works Sept. 20 through Oct. 30 at Haw Contemporary in Kansas City, Missouri. An opening reception is set from 6 to 9 p.m. Friday.

“What I'm really interested in is how we think about time and sense time. I guess it's more about how I sense time,” Nam said. “Then, hopefully, I can also subtly have the viewer experience what I'm thinking about while I am making the works.”

If most of the works in the current show are a departure from her past, in terms of being ceramics and not prints, they continue to draw inspiration from the East-West cultural encounter, including consumer culture, that Nam navigates as a native of Korea living in the United States. Nam has taught at KU since 2001.

Nam says in the artist statement on her website: “In my sculptural works, I use these familiar disposable objects as subject matter and explore their materiality, ephemerality and their persistence.”

Thus, she has created clear clamshell takeout boxes out of glass and shopping bags out of fragile Japanese Gampi paper. Her show includes similar takeout containers executed in ceramic as well as prints that juxtapose traditional Japanese ikebana cut-flower designs with paper soft drink or cup-of-soup vases. There is also a series of ceramics shaped like sketchbooks laying open, their pages containing wavy matrixes of lines like woven fabric. Nam plans to display the 3D objects on tabletops in the gallery.

It’s just the second time she will show her ceramics in a solo exhibition, and Nam said she is grateful for the instruction and advice from her colleagues in the KU Department of Visual Art and at Anderson Ranch Arts Center.

She said her use of molds to the create ceramics in the show “feels very familiar because it has that element of the process that's very much present in printmaking, where you work on some kind of a matrix — whether it's copper or stone or something — and then the final result is what you get off of that matrix.”

While Nam teaches traditional printmaking techniques like stone lithography and woodblock, the prints in her current show are produced with a different, more modern process using light, chemicals and aluminum plates known as photolithography.

It’s all part of her desire to keep expanding her knowledge.

“Before I started learning how to do work in clay, it was more just a desire to go further dimensionally and manipulate materials,” Nam said. “But then, as I was doing this mold-making and casting, the process just felt really familiar to the way my brain works — step by step.”