LAWRENCE — The University of Kansas is set to rename a premier research facility in honor of the chancellor who made it a reality. 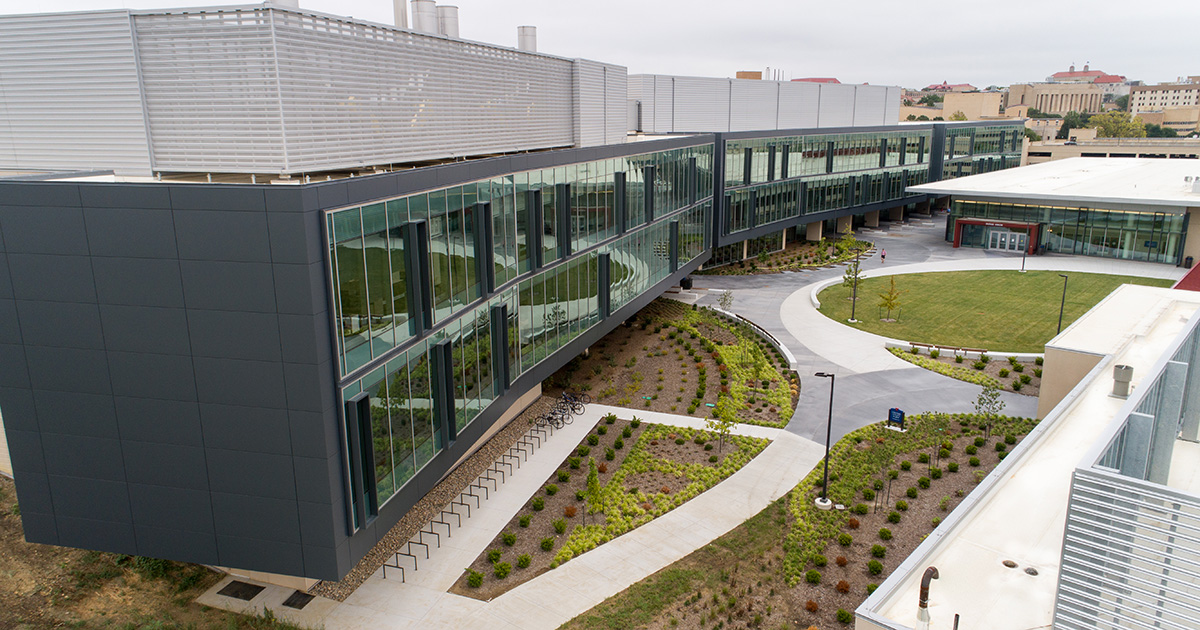 KU will change the name of its Integrated Science Building to Gray-Little Hall in honor of former Chancellor Bernadette Gray-Little at a celebration event April 30 at 1 p.m. in the building’s main auditorium.

The event will include a brief ceremony featuring remarks from Gray-Little as well as a reception immediately afterward. The event is open to the entire community.

“Chancellor Gray-Little guided KU to unprecedented success, elevated the university’s stature and transformed the way KU serves the state,” Chancellor Douglas A. Girod said. “Among her many accomplishments was the development of the Integrated Science Building, which provided KU with outstanding new research space at a crucial moment in the university’s history.

“In addition to this and her many other accomplishments related to education, service and research, Chancellor Gray-Little led with a special dignity and grace that made her a role model for Jayhawks everywhere. We are thrilled to rename such an important building in her honor, and we look forward to celebrating with the KU community on April 30,” Girod said.

“The Integrated Science Building is a crucial asset for the University of Kansas,” Gray-Little said. “For our students, the building has provided new ways to interact with instructors and engage in a modern curriculum. For our researchers, the building has enabled them to do the kind of research that improves lives, grows the economy and advances knowledge. I am honored to have been part of the development of this building, and I look forward to the great work that will happen within its walls for years to come.”

Gray-Little Hall will be the first building renamed for a former chancellor since 2015, when the Art and Design Building was rededicated as Chalmers Hall in honor of Chancellor E. Laurence Chalmers.

In her time as KU’s top official, Gray-Little advanced KU's mission to educate leaders by implementing new admissions standards, launching a new undergraduate curriculum and growing the freshman class for five straight years. She strengthened KU's efforts to build healthy communities by overseeing the University of Kansas Cancer Center’s application for National Cancer Institute designation and expansions of the schools of Pharmacy and Medicine.

Under her leadership, KU completed 50 capital improvement projects totaling $700 million and secured funding for the Central District, a once-in-a-generation project that has changed the face of education and research at KU.