LAWRENCE — President Donald Trump has repeatedly called COVID-19 the “Chinese virus,” despite accusations of bigotry and inaccuracy that accompany the term. 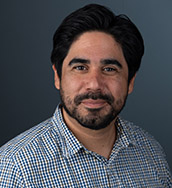 “The use of ‘Chinese virus’ by the current administration should be read in the context of other attempts to tie race to notions of social contagion and communicable diseases,” said Christopher Perreira, assistant professor of American studies at the University of Kansas, who is available to discuss this topic with media.

Perreira cites past examples of the U.S. targeting racialized populations, often as a way to scapegoat during political and economic crises.

Historically, outbreak crises throughout the 19th and early 20th centuries have prompted health officials to strategically use racial markers as political tools, deploying explicitly racist and xenophobic depictions as justification to quarantine certain populations. For example, San Francisco’s Chinatown was once decried as responsible for spreading smallpox and tuberculosis.

“The longer histories of anti-Asian racism and juridical forms of othering — the Chinese Exclusion Act, Japanese internment, the fear-mongering around “yellow peril” and Asian invasion, and more recent examples after 9/11 — are also tied to the ways this has shaped the lives of other racialized people in the U.S.,” he said.

“When we put these recent events in their larger context, we see historical and social patterns and scripts reactivated.”

Perreira earned his doctorate in literature and cultural studies at the University of California-San Diego. His research looks at the ways race, racism and communicable disease converge in discourses of public health and state sciences, especially around moments of global health crises. He recently contributed an essay titled “Consumed by Disease: Medical Archives, Latino Fictions, and Carceral Health Imaginaries” to the collection “Captivating Technology: Race, Carceral Technoscience, and Liberatory Imagination in Everyday Life” (Duke University Press, 2019).

He is also working on a new book about how medical and state sciences have relied on narratives of racialized diseases (specifically, Hansen’s disease and tuberculosis), often conflating race and other social categories as threats of contagion. Perreira will include how the current coronavirus moment fits into this history.