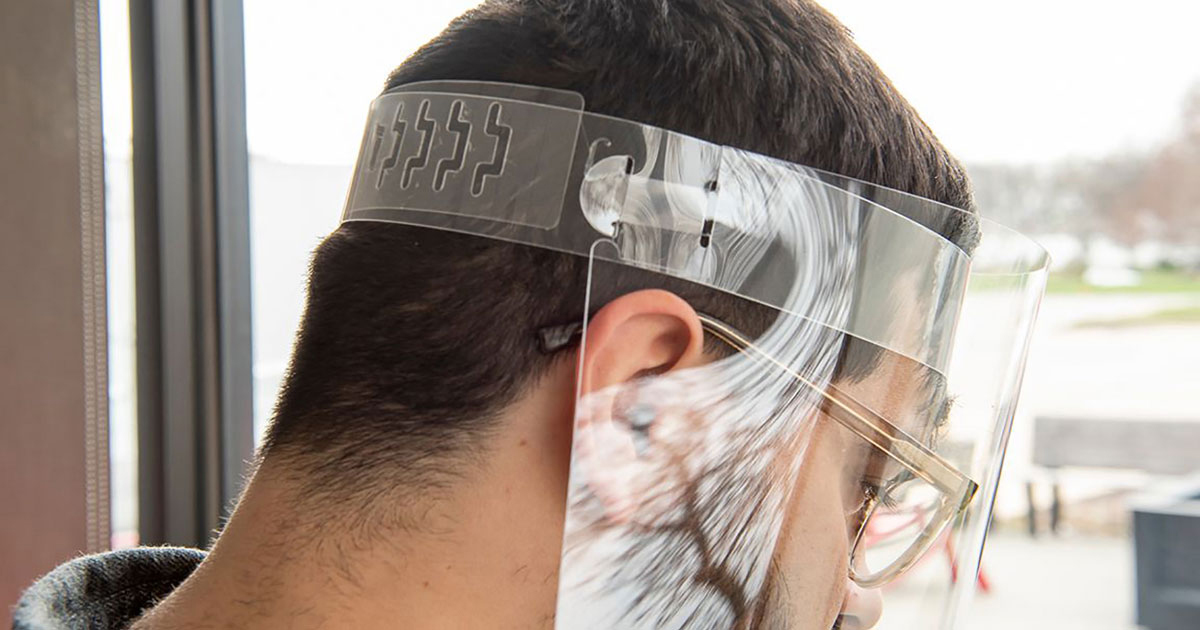 LAWRENCE – It took less than a week for the director of the University Kansas Center for Design Research and some of his former students and colleagues to crank out an open-source design for a plastic face shield to help protect health care workers battling the COVID-19 pandemic. In just a few days, it has been freely downloaded around the world more than 4,500 times.

And 10,000 of the shields already produced locally will soon be available to caregivers in The University of Kansas Health System. What’s more, almost anyone, anywhere with a computer-aided router and a common type of plastic sheeting can rapidly produce more of them. 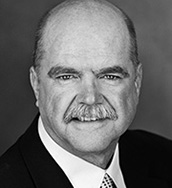 This week, Greg Thomas, a professor of design who directs the CDR within the University of Kansas School of Architecture & Design, has turned his mind to a system for delivering COVID-19 test kits to and from homes via drone, if and when such tests become widely available.

“I really believe that is what we need,” Thomas said. “Getting ahead of the curve – that’s our goal right now.”

The face-shield project had its genesis March 21, Thomas said, when he received a private call from an anesthesiologist at KU Medical Center.

“It was one of these urgent pleas: You’re the innovation guy,” Thomas said. “What ideas do you have to help us? I worked with a couple of docs in anesthesiology, who are standing right over the patients, intubating them, and some from family medicine. It became an interesting night of formulating things we could do.”

With the campus and the nation’s supply chain at large under lockdown, Thomas said, “I was limited to what I could think about and how I could be a resource to them.”

Thomas settled on an idea to rapidly increase the supply of face shields, an important item of personal protective equipment, or PPE, whose shortages are now glaring as pandemic numbers rise.

He reached out to his colleague and KU alumnus Tucker Trotter, now CEO of Dimensional Innovations in Overland Park. In emails and phone calls among a small group of colleagues, they began discussing both design and production issues – how to eliminate snaps and other fasteners, where to source plastic sheeting — and why it should be an open-source design: to quickly push it out to those who need the end product.

They soon found the best design came from Trotter’s friend Randy Edge of North Kansas City, Missouri-based In-Store Design and Display, who had invented it with food-service workers in mind but had yet to patent or produce it. It uses just two interlocking pieces of semi-rigid plastic – one to make the curved shield itself and the other the adjustable headband. Edge agreed to relinquish any hoped-for patent rights in order to make it available in this crisis, Trotter said. And Brandon Wood, who works with Tucker in DI's innovation lab, worked with the KU health system team to test and ideate small but crucial tweaks to make it ready for the real world of health care.

The designers said the beauty of the shield is that it is two pieces, with little assembly required, and can be made by almost anyone, anywhere on the globe.

DI used its equipment to crank out prototypes by midweek, which were shared with the doctors at the health system, and their input was used to tweak the final design, which was then posted online March 26.

Trotter said on March 31, the design had already been downloaded more than 4,500 times.

“The real innovation we brought to the table was to make it open-source,” Trotter said. “Even if you’ve only got 10 sheets of plastic, you can make a decent number of these masks and get them out to where they are needed.”

In this region, the ad hoc consortium turned to Lenexa-based Gill Studios. With the label manufacturer's high-speed equipment, 10,000 copies were produced in two days and on their way to the frontline workers of the KU health system, Trotter said. He and Tyler Nottberg, chairman and CEO of Kansas City, Missouri-based U.S. Engineering Co., paid for the initial production run out of their own pockets.

The rapid evolution of the project has pleased Thomas of the CDR. It’s not “design thinking,” a term of art that Thomas dislikes, but, rather, he said, the sort of left brain-right brain collaborative crossover he has long tried to promote.

His mind has now turned to repurposing the CPAP machinery in so many American homes these days – or the factories that produce it – into the hospital-type ventilators that are in short supply during the pandemic. He’s also thinking about the various systems – transport, tracking, etc. – needed for drone delivery of home test kits for COVID-19 to maintain the physical distancing required to stem the pandemic.