LAWRENCE — Researchers are examining policies that can help bring the global economy back on track. 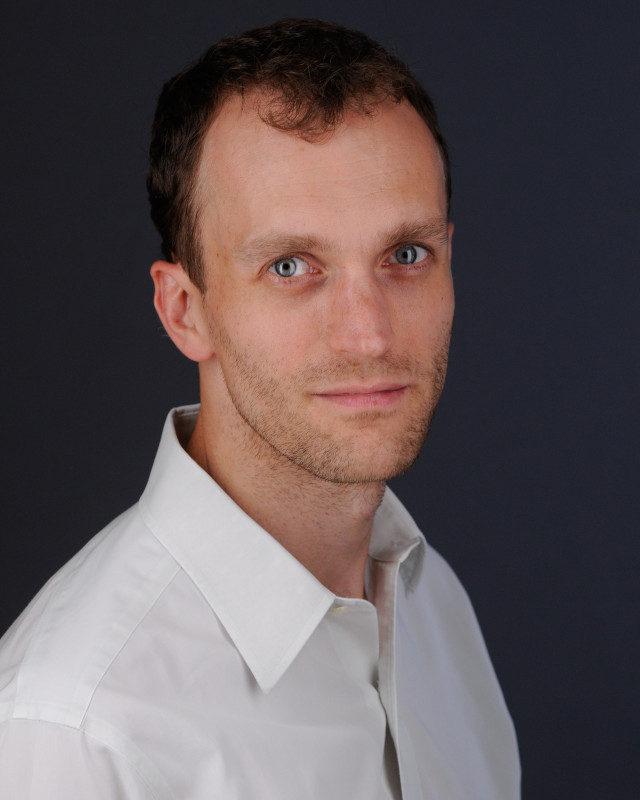 “But the question remains if traditional economic theorizing is up to that task to deal with a crisis like this — particularly a crisis that’s biological in origin,” said Armin Schulz, a professor of philosophy at the University of Kansas.

“Or do we need to do something else?”

That “something else” is covered in his new book, “Structure, Evidence, Heuristic: Evolutionary Biology, Economics, and the Philosophy of their Relationship” (Routledge, 2020). Schulz considers a strategy of treating economic agents more as evolutionary systems with a biological history.

“Perhaps that would create a more solid foundation in order to get better policies. What the book is trying to do is say, ‘How can that be done, and what would be the implications of this?'” he said.

The book splits this examination into three sections: structural, evidential and heuristic forms. Schulz then analyzes five examples of evolutionary economics within these categories.

As an example of how this works, Schulz looks at decision-making in animals. Typically, economics is only studied from the perspective of human consumers, such as buying real estate or playing the stock market. But there are clear comparisons to what animals face.

“Non-human animals have to make many of the same economic decisions that humans do: whether to consume food now or save it for later; whether to join a coalition to overthrow a dominant member of society; or whether to spend more time foraging or to return home,” he said.

“In terms of expected outcomes, these cases are the same, it’s just the framing that differs,” he said.

Schulz believes a misunderstood aspect of this research is how prevalent it actually is.

“Many think it’s sort of a minor tweak or some strange thing that only three people are interested in,” he said. “Evolutionary economics is a big project that’s drawing on research from across the board. Lots of different scientists are relevant to this, and it can potentially have a big impact on our understanding of economic and social policymaking.”

Growing up in Mainz, Germany, Schulz studied philosophy and economics as an undergraduate in London. While in graduate school, he became captivated by the foundations of decision-making. But the theoretical models he analyzed felt very abstract to him.

“They were often conceived like hyper-rational, robotlike entities,” he said. “If this is meant to describe real people, how does it work? So I looked further into making sense of the pragmatic real world and biological reality underlying choice behavior.”

His first book, “Efficient Cognition: The Evolution of Representational Decision Making” (MIT Press, 2018), explores how organisms interact with the environment.

“The new book broadens what the previous one was,” said Schulz, who has taught at KU for six years. “It asks if evolutionary biological thinking can tell us something about these more general questions in economics.”

The professor joked that he specializes in generalizing.

“I am not a biologist, not an economist and not a cognitive scientist. I am the one who sits in between all of these and makes connections between them,” he said.

Schulz has two goals for his latest book, the most immediate of which is hoping it sparks a discussion about the merits of connecting evolutionary biology and economics.

He said, “My second goal is using these kinds of insights to make economic policy to actually change people’s lives for the better. But we first need to get more people on board.”