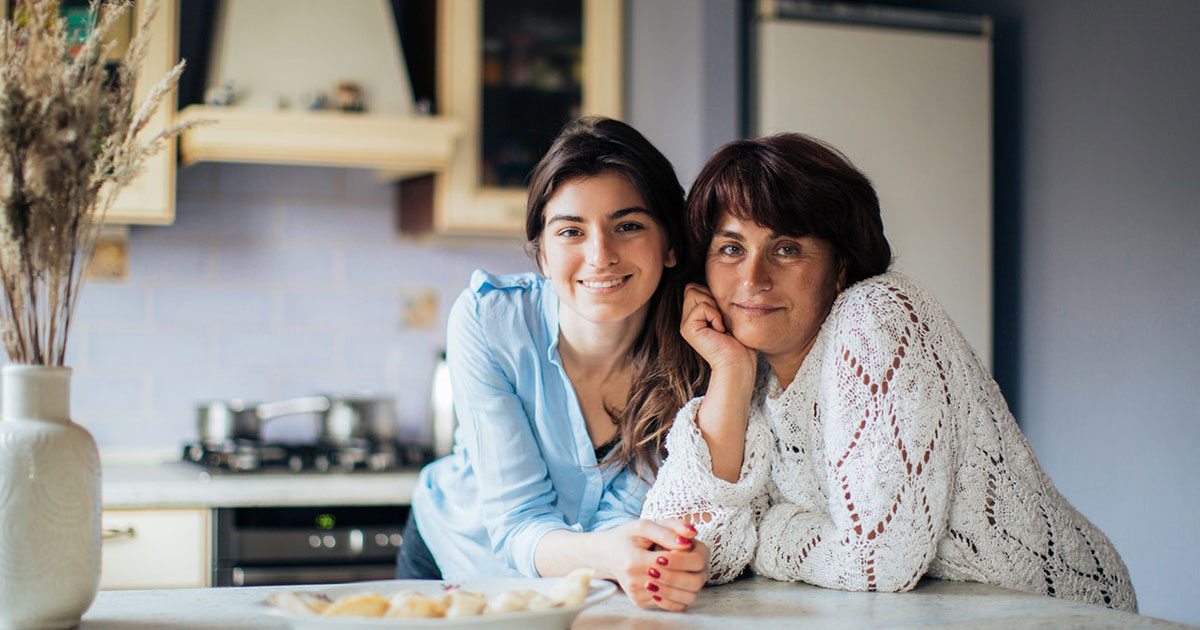 LAWRENCE – Not only do feminist mothers have more self-assured feminist daughters, their young adult daughters’ voices have a significant, positive psychological influence on the moms, according to a new study.

Alesia Woszidlo, University of Kansas associate professor of communication studies, and her University of Georgia co-authors, Analisa Arroyo and Anastacia Janovec, published their results in the journal Communication Monographs. They analyzed survey data from 169 mother-daughter pairs. The daughters were college-age, and the mothers averaged around 50.

Woszidlo and her co-authors write that they are building upon past research showing that psychological distress (e.g., depression) arises in women as a result of the social expectations placed upon them to establish and maintain close relationships. This phenomenon is summed up in the phrase “silencing the self.”

The authors expected that feminist attitudes would not only be directly associated with more positive psychological outcomes but that one’s voice could help explain this relationship. What they didn’t expect was how important the daughters’ voice would be in explaining their own and their mothers’ psychological outcomes.

“This suggests that holding a feminist attitude discourages the act of self-silencing and instead engages one’s voice, and consequently may result in less distress. Our results found this occurring on a dyadic level – meaning feminist mothers were experiencing positive psychological outcomes as a result of their daughters voicing up in their personal relationships.”

The paper speculates that because the young women in the study are part of the fourth wave of feminism, which often blurs public and private activism through its use of the internet and social media, it is possible their “voice” is given more space to be heard, something that women who were a part of earlier waves of feminism may have been denied.

The authors note that the significant relationships among feminist attitudes, voice and psychological outcomes have great implications for other groups of people who have also been socialized to silence their voice and that similar studies examining the associations between voice and well-being could be done with other marginalized populations.

“As an interpersonal communication scholar, I am fascinated by how people’s attitudes and personality are associated with the ways they communicate in their relationships, as well as, in this case, psychological outcomes,” Woszidlo said. “Voice is such a powerful variable and kind of an unstudied one, when we look at quantitative communication research. It could really help us understand how communication in our personal relationships affects not only ourselves in positive ways, but others, as well.”

This mother-daughter feedback loop of good feelings has the potential to ripple outward even further, the authors wrote in their paper: “As opposed to customary public and strategic actions (e.g., protests), investigating voice within close relationships offers the potential for challenging social justice issues in an immediate, intimate and impactful way. Such relational/micro-level changes not only bode well for the individual and her well-being, but they likely contribute to potential changes in others around her as well. That is, the cumulative effect of women asserting their voices is likely to contribute to broader social changes.”

Photo: A mother and daughter. Credit: Emily Fairytale via Pexels

Search options »
Subscribe to KU Today
KU in the news
The Conversation — Fri, 11/20/2020
Rural hospitals are under siege from COVID-19 – here’s what doctors are facing, in their own words
National Public Radio — Fri, 11/20/2020
Rural areas send their sickest patients to the cities, straining hospital capacity
Recent @MusicKU findings add to the body of scientific research showing linkages between music and math/reading — a… https://t.co/ZKmOaMmso7
«»
Follow us on Twitter »
Why KU
Apply »
One of 34 U.S. public institutions in the prestigious Association of American Universities
44 nationally ranked graduate programs.
—U.S. News & World Report
Top 50 nationwide for size of library collection.
—ALA
5th nationwide for service to veterans —"Best for Vets: Colleges," Military Times