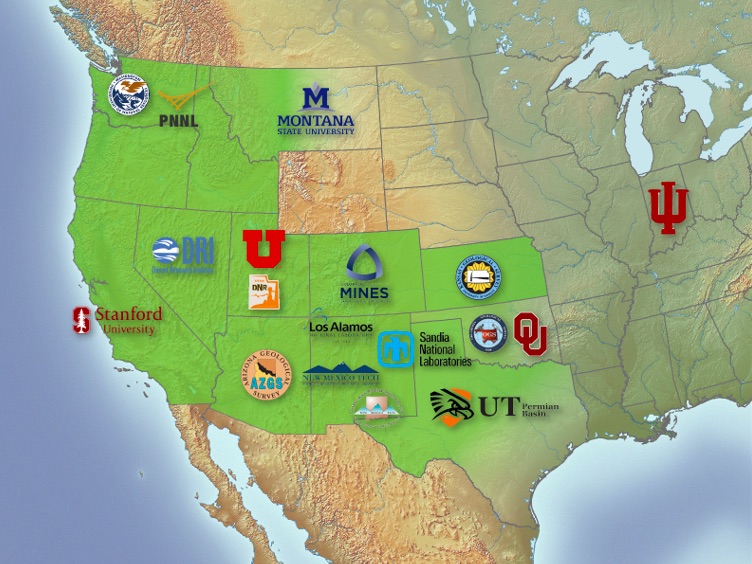 LAWRENCE — For two decades, the Kansas Geological Survey has been investigating the state's subsurface geology and industrial infrastructure to determine the safety and viability of injecting carbon dioxide (CO2) from industrial sources into underground rock formations for long-term storage and to recover hard-to-reach oil. As part of an initiative to share data and advance research on the process, the KGS is now partnering with 15 other state and federal entities from throughout the central and western United States.

The Carbon Utilization and Storage Partnership, or CUSP, is led by the Petroleum Recovery Research Center (PRRC) at the New Mexico Institute of Mining and Technology, which was awarded $6.24 million by the U.S. Department of Energy for the project. The KGS will receive about $310,000 of that and could get additional funding for database development and other purposes as the project progresses through 2024. 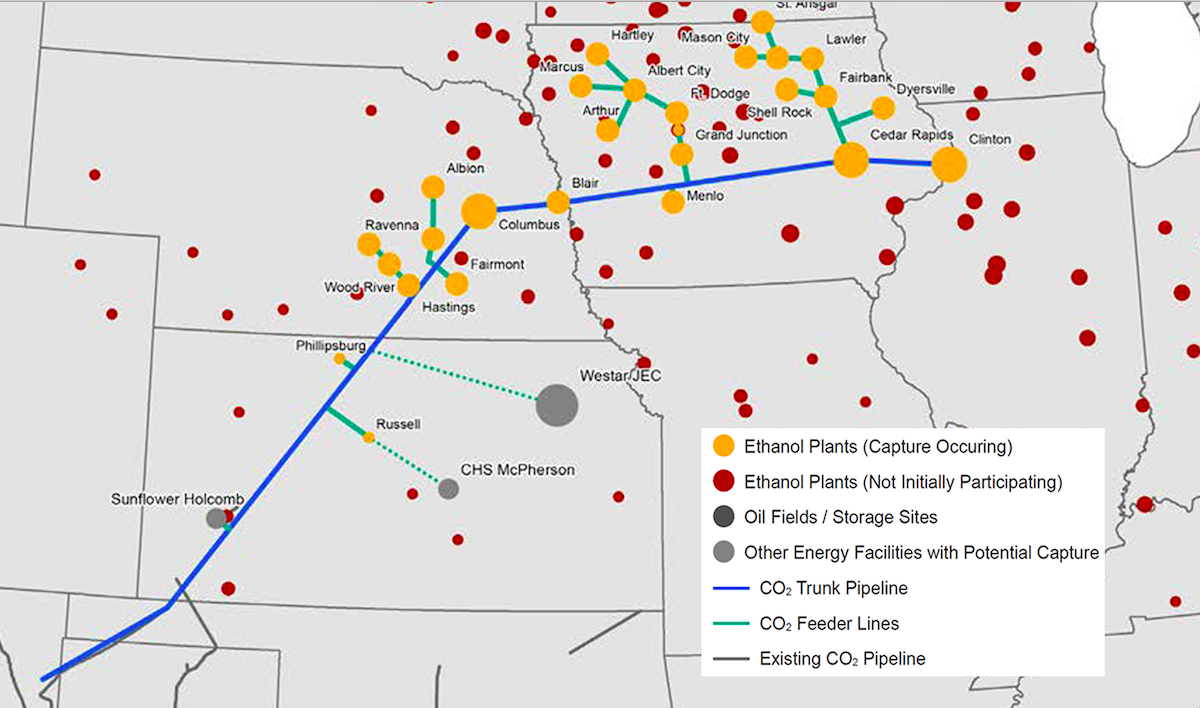 Carbon Capture, Utilization and Storage (CCUS) is a process being developed to reduce the amount of CO2 released into the atmosphere. CO2 is a natural and essential component of the atmosphere, but it is also a greenhouse gas – a byproduct of fossil fuel emissions from vehicles and such stationary sources as electric, cement, ethanol and fertilizer plants – that is considered a cause of climate change.

“Nationwide, CCUS is moving ahead. There are multiple large-scale commercial project announcements, and the portfolio is growing,” said Eugene Holubnyak, petroleum engineer and the project’s lead investigator at the KGS. “KGS has developed a very strong CCUS program on its own, and this time around we want to play a central and integral role in CUSP.”

During the CCUS process, CO2 emitted by an industrial source is captured and transported through pipelines to a location where it can be used to squeeze out trapped oil unreachable by traditional recovery methods or stored long-term in deep and confined underground rock formations.

The Osage, Viola and Arbuckle Groups — porous rock formations that contain extremely saline water separated from shallower, freshwater aquifers by thousands of feet of impermeable rock — are the key targets for CO2 storage in western Kansas. Pore space in subsurface rock units has been used for more than a century for disposal of waste fluids produced through industrial processes, petroleum production, municipal water treatment and other operations.

Over the past 10 years, the KGS has led or played a key role in five large-scale CCUS projects funded by the U.S. Department of Eenergy. Working with private partners, the KGS has successfully injected CO2 for Enhanced Oil Recovery in the Wellington Field in Sumner County south of Wichita and the Hall-Gurney Field in Russell County. During previous and ongoing projects, the KGS has amassed large quantities of seismic data, drilling data, rock cuttings and drill cores – cylindrical segments of rock brought up intact from thousands of feet underground.

“Currently, the KGS team is selecting database architecture to create an interactive, open-access dataset that will include subsurface, infrastructure, industrial and other data,” said Franek Hasiuk, KGS geologist and the project's co-principal investigator at the KGS. “It will include information from all CUSP member states, and possibly beyond, that will be very useful for CCUS projects, the oil and gas industry, regulators and other stakeholders.”

Interest in capturing and storing carbon emissions was regenerated in 2018 when the Internal Revenue Service updated a tax incentive, known as 45Q, for companies willing to capture and store CO2. Oil and gas production, ethanol, electrical-power generation, pipeline, agriculture and other industries are eligible.

For long-term storage, CO2 is injected into UIC Class VI wells. The Safe Drinking Water Act, passed by Congress in 1974, established the requirements for the Underground Injection Control (UIC) program, which consists of six classes of wells designated for underground disposal of different levels of non-hazardous and hazardous waste.

“The KGS is helping well operators prepare sites to qualify for 45Q credits and apply for UIC Class VI permits, Holubnyak said. “We are working with developers to screen geologic sites for potential commercial projects.”

The KGS also is working with the Los Alamos National Laboratories and other CUSP members on methods to analyze data that will provide a better understanding of local and regional infrastructure development potential, infrastructure costs and ways to optimize future project development.

More information about the project can be found on the KGS’s CUSP page.

The KGS is a non-regulatory research and service division of the University of Kansas. KGS researchers study and provide information on the state's geologic resources and hazards, including groundwater, oil and natural gas, rocks and minerals and earthquakes.

Search options »
Subscribe to KU Today
KU in the news
National Public Radio — Sun, 01/23/2022
A medical ethicist weighs in on how to approach treating unvaccinated people
The Atlantic — Thu, 01/20/2022
It’s a terrible idea to deny medical care to unvaccinated people
Preliminary findings presented to @SPSPnews confirm research showing "the feeling that someone else is attracted to… https://t.co/BLgeFZbzEH
«»
Follow us on Twitter »
Why KU
Apply »
One of 34 U.S. public institutions in the prestigious Association of American Universities
44 nationally ranked graduate programs.
—U.S. News & World Report
Top 50 nationwide for size of library collection.
—ALA
5th nationwide for service to veterans —"Best for Vets: Colleges," Military Times