LAWRENCE — Retired Maj. Raymond Finch, 64, considered himself lucky to retire from the Army in 1998 having never been ordered to jump out of a perfectly good airplane.

“I’m not a fan of heights,” the Lawrence resident said.

But this past August, Finch’s son, Lt. Col. John Finch, came bounding up his walkway and said, “I think you should jump out of a plane, Dad!”

The younger Finch, having followed in his father’s footsteps and joined the Army, now commands the University of Kansas Army Reserve Officer Training Corps, or ROTC, which is headquartered on campus in the Military Science Building. The Jayhawk Battalion currently comprises 86 cadets who, after graduating, will serve as officers in the active, reserve and national guard components of the Army. In exchange for their future service, the Army offers comprehensive scholarships to many cadets. John Finch took over the program in July. 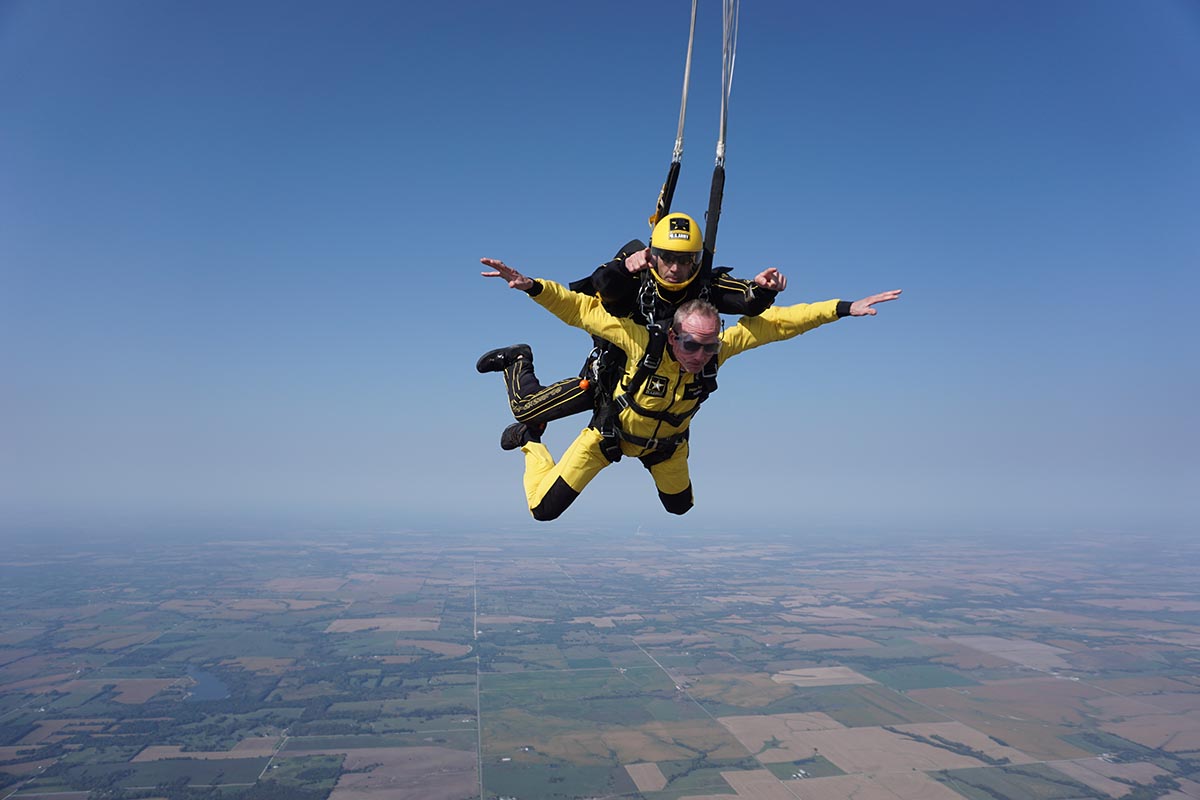 “When I found out I landed this job, I was ecstatic. I grew up in Lawrence, and I’m thrilled to have the opportunity to live and serve in a community I care so much about,” said John Finch, who is also a KU professor of military science.

In August, John Finch learned KU’s ROTC program could send one person to jump with the Golden Knights, an aerial demonstration team assigned to the Army’s Recruiting Command in Fort Knox, Kentucky, and based out of Fort Bragg, North Carolina. The purpose of the event was to develop and maintain relationships between ROTC programs and their local communities by providing alumni and local leaders with the bucket list-worthy experience of sky-diving with a world-class aerial demonstration team. The Golden Knights are one of only three Department of Defense-sanctioned teams; the other two are the Navy Blue Angels and Air Force Thunderbirds. 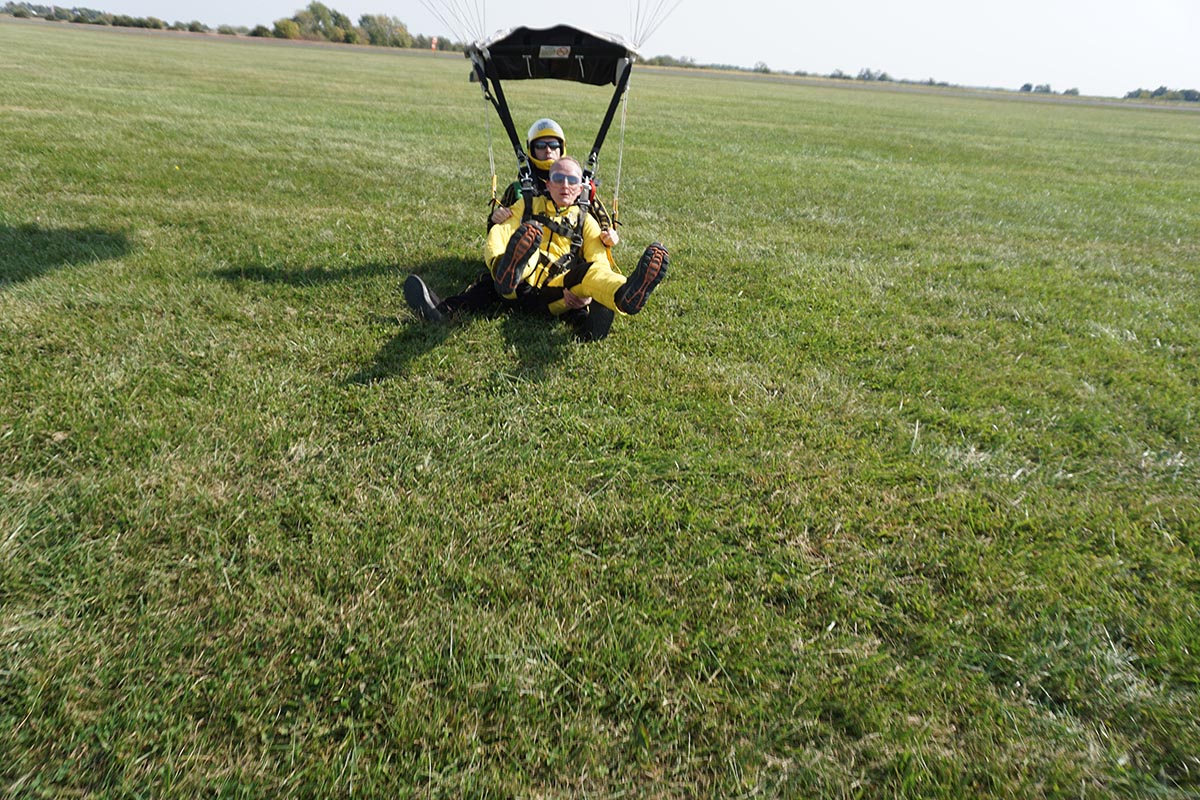 “I wanted to invite someone whose participation in this event would emphasize KU Army ROTC’s relationship to our local community,” John Finch said. “Maybe I’m biased, but I couldn’t think of a better person to do that than my dad. He graduated from KU ROTC in 1980, served all over the world, from Oklahoma to California, the mountains of Korea to the German Alps, and in the end, he came back to Lawrence. He may not be a local politician or wildly influential around here — although he does have a long-standing presence in KU’s Center for Russian, East European & Eurasian Studies — but he’s a good neighbor, and he loves this town. I’ll consider my tenure at KU a huge success if any of these cadets develop a similar loyalty to Larryville.”

On Oct. 6, John Finch drove his father, a KU lecturer, to the airfield in Butler, Missouri.

“John was so excited about it, I felt I couldn’t say no,” Raymond Finch said. “But I have to admit, I didn’t sleep well last night.”

The Golden Knights helped Raymond Finch into a banana-yellow jump suit and handed him a pair of safety goggles. The major stepped into a harness, and they cinched it down. He was shown to the plane, a sleek C-147A, also known as a DeHavilland DHC-8, 315 Series, and seated for takeoff.

The bird screamed up to an altitude of 12,500, and Raymond Finch was the first in his chalk to exit the airplane. The tandem team fell free for a minute before deploying their steerable parachute and finished with a smooth landing on the soft grass.

“It all happened so fast, my brain hasn’t processed it yet,” Raymond Finch said upon landing. “I don’t know if it helped with recruiting, but I’m glad I did it.”

The KU Jayhawk Battalion recruits, develops and commissions quality talent who are dedicated, motivated and resilient in order to provide the nation the next generation of agile and adaptive leaders of character who are prepared to lead teams and win in a complex world.