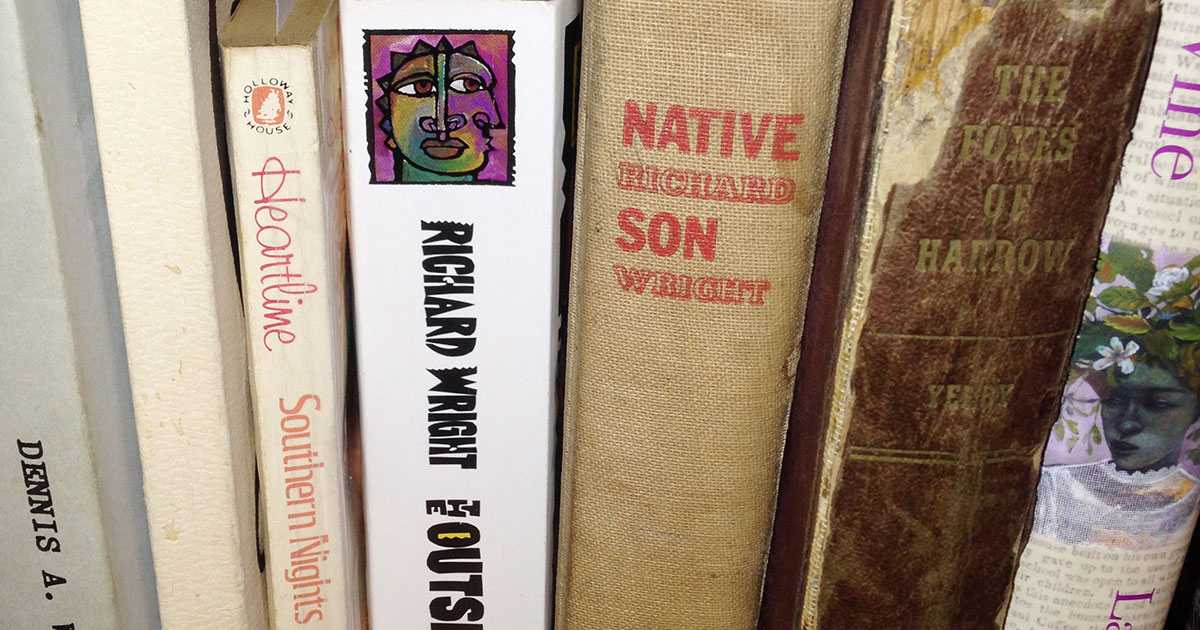 LAWRENCE – First, the Project on the History of Black Writing worked to preserve physical copies of novels by Black writers, often rescuing works from dusty attics and estate sales. In the 21st century, HBW began digitizing its library. And now, with the help of a grant from the Andrew W. Mellon Foundation, it is moving to make the collection even more accessible to future scholars worldwide.

For Maryemma Graham, the HBW project — growing out of her grad school discoveries in 1983 — came with her to the University of Kansas in 1999. Now the Distinguished Professor of English is one of three principal investigators for a $500,000, two-year grant that will bring the collection out of the digital shadows.

When the digital phase of HBW began, former KU graduate student Kenton Rambsy – now an assistant professor at University of Texas Arlington – offered the name “Black Book Interactive Project.” Coordinators also wanted to preserve HBW’s early signature programs, like the National Endowment for the Humanities-funded institutes. The name stuck, and BBIP, rapidly becoming the largest database of Black fiction in existence, will serve as the flagship collection for the grant, issued to Graham at KU and two peers, John Walsh of Indiana University and J. Stephen Downie of the University of Illinois at Urbana-Champaign.

Walsh and Downie oversee the two institutional homes for HathiTrust, a not-for-profit collaborative of academic and research libraries, a research center and a digital repository.

According to an IU news release, “The grant will allow HTRC to develop reusable worksets and research models, curated by experts, for analyzing texts from the 17-million-volume HathiTrust Digital Library. The project — Scholar-Curated Worksets for Analysis, Reuse & Dissemination (SCWAReD) — aims to develop new methods for creating and analyzing digital collections, with an emphasis on content related to historically under-resourced and marginalized textual communities.”

As Graham explained, the newly funded project builds on HBW’s BBIP Project, a nearly 4,000-volume collection, which has been seeding the research of other scholars and is maintained by KU students.

“But HBW is a tortoise-and-hare story,” Graham said. “We were slow, knowing that the transition of our print collection to a digital archive that could support computational analysis required expertise that few of us had. We had help from KU’s Institute for Digital Research in the Humanities, but since we needed a full suite of skills, we knew we had to make the right moves at the right time. As big databases became a major source for scholarly research, accessible to people all over the world, we said, ‘OK, you may have a lot of stuff, but guess what you don't have? What we’ve got, because nobody's been paying attention to Black writing like we have for more than 35 years.’”

Graham said the money will pay for a KU team of graduate students to work side by side with HTRC’s network of professionals.

“Since the bulk of our titles are new to HTRC, as BBIP becomes a curated workset, or an identifiable collection within HTRC, we can kill two birds with one stone,” she said. “We make their digital repository more diverse, preserving and making available our specialization in the history of Black writing to millions of users.”

Likewise, she said, the BBIP collection will be invaluable in testing HTRC’s methods and tools as well as creating new ones for analysis.

“Since we have given so much attention to descriptive metadata that accounts for race and difference, we envision new ways for strengthening the curation methods with HTRC,” Graham said.

A critical component of this project is identifying three other collections, which are also little known and generally excluded from large databases.

“Working together is the best way to find out how to adjust technology for different content, just as it sensitizes us to the blind spots that are magnified for these large-scale digital projects,” Graham said.

As an example, she discussed the search process if a researcher wanted to know when the first detective character appeared in an American novel.

“You've got 17 million books to look through where the work of ethnic writers – Black, indigenous and marginalized communities of color – has a negligible presence. Any search you do will be less than reliable, incomplete. The further down the digital road you go, the more invisible these works become,” Graham said. ”Yet you develop greater confidence that your computational methods have generated amazing results. Even if you know other books exist, if they are not accessible, it’s easy to get a false positive. The cycle repeats itself, and the dangers inherent in digital studies can be greater than those when doing traditional scholarship because the historical exclusion has become normalized, making it harder to detect.

“We are living with a huge digital divide today,” she said, “and knowing that you are starting from behind invites a heightened awareness of the need to have a positive impact on as many people as possible. But those divisions are deeply embedded, and you cannot eliminate them except by creating new models of work and practice.”

She said one of the models HBW created at the outset is the BBIP Scholars Program, which now has two cohorts of emerging scholars, library professionals and community educators throughout the country who are involved in a training program and work directly with the BBIP.

“The Mellon grant is a very important model that goes directly to the heart of the matter. I must give credit to our colleagues at the HathiTrust Research Center for believing in this partnership and embracing its implicit messiness,” Graham said. “HTRC and HBW are carving a new path through the minefield of digital research as one of the world’s largest digital libraries confronts its own exclusions and commits to a corrective.”

Graham said she is also excited for the opportunities for student research.

“These are KU students who want careers in this area,” she said. “Now we have a way to respond to this interest. Whether you want to study one book at a time, a collection of titles that are thematically or stylistically related, or ask questions about gender or other differences in works over time, an expanded database and access to digital tools present endless possibilities. We hope that this will show what’s possible, especially in English studies, a field that faces its own challenges in the 21st century.”

Photo: Part of the collection of the Project on the History of Black Writing. Credit: Rick Hellman / KU News Service