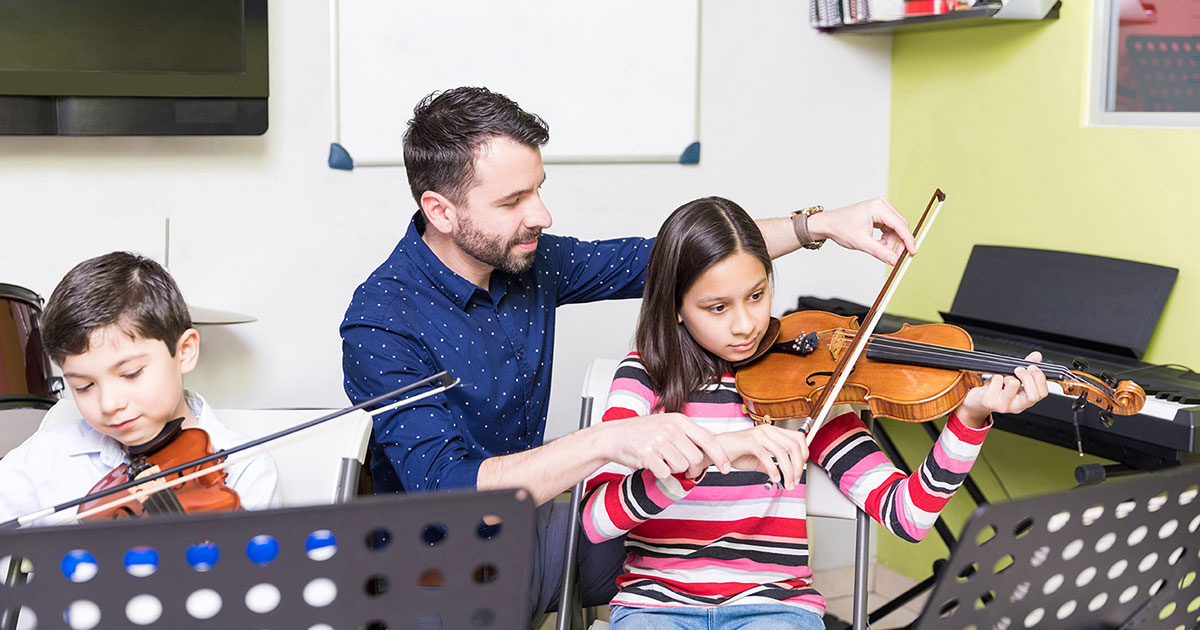 LAWRENCE – University of Kansas music educator Martin Bergee thought that if he could just control his study for the myriad factors that might have influenced previous ones – race, income, education, etc. — he could disprove the notion of a link between students’ musical and mathematical achievement.

Nope. His new study, “Multilevel Models of the Relationship Between Music Achievement and Reading and Math Achievement,” published in the Journal of Research in Music Education, showed statistically significant associations between the two at both the individual and the school-district levels. That the study of more than 1,000 mainly middle-school-age students showed no such association at the classroom or school levels only shows how rigorously it was conceived by Bergee, professor of music education and music therapy, and his co-author and doctoral student Kevin Weingarten, current a visiting professor at the University of Washington.

The study has implications for school board members considering budgets that affect music programs. It adds to the body of scientific research showing linkages between music and math/reading. And in his conclusion, Bergee even suggests some specific reasons for why that might be.

“There has been this notion for a long time,” Bergee said, “that not only are these areas related, but there's a cause-and-effect relationship — that as you get better in one area, you will, per se, get better in another area. The more you study music, the better you're going to be at math or reading. That's always been suspect with me.

“I've always believed that the relationship is correlational and not causational. I set out to demonstrate that there are probably a number of background variables that are influencing achievement in any academic area — in particular, things like the educational level of the family, where the student lives, whether they are white or non-white, and so forth.

“Those variables are in the article, and there are lots of them. My intention was to was to show that the relationships are probably spurious, meaning that background influences are the main drivers of the relationships, and once those outside influences, like demographics, etc., are controlled for, the relationship essentially disappears.

“But hang on. Much to my surprise, not only did they not disappear, but the relationships are really strong.”

Bergee apologizes for the complexity of the study’s design, but said, “It's not an easy thing to determine, because there are influences that can happen at different levels. It can be an influence at the level of the individual person, but there are also influences that can happen at the classroom, school and school-district level, and those are hierarchical. That involves a complicated set of analyses.”

Even though he was prepared to write “a completely different conclusion,” Bergee said he has thought a lot about what the findings show.

The authors write that: “Perhaps music discrimination at a more micro level — pitches, intervals, meters — shares a cognitive basis with certain patterns of discrimination in speech. Similarly, perhaps the more macro skills of modal and tonal center discrimination share some psychological or neurological space with aspects of math cognition. ... Results of the present study ... at least point to the possibility.”

“Based on the findings, the point we tried to make is that there might be, and probably are, general learning processes that underlie all academic achievement, no matter what the area is,” Bergee said. “Music achievement, math achievement, reading achievement – there are probably more generalized processes of the mind that are brought to bear on any of those areas.

“Therefore, if your goal is to educate the person – to develop the person's mind — then you need to educate the whole person. In other words, learning may not be as modular as it is often thought to be.”

It implies more than introducing children to subjects, Bergee said: “Develop them in these subjects. See that learning is taking place. See that development is, too.”

Bergee said his study wasn’t intended to show that learning music will necessarily improve a child’s math or reading scores.

“It would not be impossible, but really difficult to do a truly definitive study,” Bergee said. “My inclination is that it would not show a strong effect, but that's what I said about this study. I actually don't know.

Photo: Educational achievement in music is strongly linked to the same in reading and math in a new study by a KU researcher. Credit: iStock photo