LAWRENCE — Four faculty members at the University of Kansas will receive 2021 University Scholarly Achievement Awards, which recognize significant scholarly or research achievement for scholars in the middle of their careers.

“As our society has risen to the challenge of addressing the COVID-19 pandemic, we’ve all been reminded of the crucial role that leading research universities play in improving lives,” Chancellor Douglas A. Girod said. “The contributions of these four scholars are inspiring and cover a wide range of academic disciplines. Taken together, their efforts demonstrate the value of work that can have an impact far beyond our campuses, and I congratulate them on their achievements.”

This is the 11th year KU has presented the University Scholarly Achievement Awards.

Information about the four winners is below. 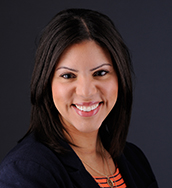 Kelsie Forbush’s research focuses on eating disorders, serious mental health conditions that have the highest mortality rate of any psychiatric illness and affect people across all age, socioeconomic and racial groups. Forbush is at the forefront of research using rigorous statistical methods to test innovative models of eating disorder classification and is the developer of the Eating Pathology Symptoms Inventory (EPSI), an empirically based self-report instrument with strong psychometric properties and utility across a broad range of individuals, including clinical and community samples of men and women, and diverse ethnic and racial groups. She recently developed a mobile phone application that can be used to identify individuals who are at risk for poor treatment response. Her work has shaped the direction of scientific literature in eating disorders, reflected in over 70 peer-reviewed publications, and also has significant implications for clinical care and improving outcomes for people with eating disorders. 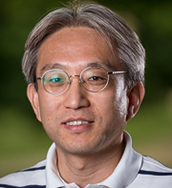 K.C. Kong has made foundational contributions to theoretical physics and has an exceptional international reputation in the field of high-energy physics. Kong’s seminal research paves a road into the uncharted territory of dark matter and new physics beyond the Standard Model. Kong is a leading expert on collider phenomenology. He has developed novel methods that are essential for new physics searches at the Large Hadron Collider, the world’s premier particle accelerator. Studying dark matter particles is especially difficult, and Kong’s contributions have enabled entirely new searches for these enigmatic objects. His seminal work, “The 750 GeV Diphoton Excess May Not Imply a 750 GeV Resonance,” published in the prestigious Physical Review Letters, was one of four featured articles in Nature News, the most prestigious magazine that covers the sciences. 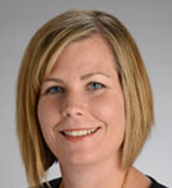 Nicole Nollen's work represents more than 18 years of research conducted at KU Medical Center to understand racial disparities related to smoking cessation. Nollen's multidisciplinary research team is one of the only groups in the country focused on improving tobacco use treatment outcomes in African-American smokers with the goal of reducing disparities in tobacco-related morbidity and mortality. By evaluating promising pharmacotherapy and behavioral interventions for African-American smokers, Nollen's team has made significant contributions to the scientific literature, and their findings have directly affected clinical practice guidelines for treating African-Americans. Her work in this area was highlighted by the Tobacco Products Scientific Advisory Committee in its report to the FDA on the threat of menthol cigarettes to public health. Nollen's research has elucidated mechanisms that explain racial and ethnic differences in tobacco use and cessation and have helped move the field away from a generic focus on race/ethnicity toward a targeted focus on specific, modifiable barriers and facilitators to quitting smoking and reducing racial health disparities. 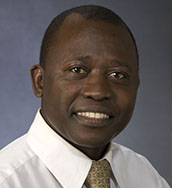 Peter Ojiambo’s work focuses on the democratizing potential of education. Across two single-authored books, two co-edited volumes and dozens of articles, Ojiambo argues that transformative educational practices in Africa require combining progressive models of education with traditional African strategies. The U.S. Department of Education, the Andrew W. Mellon Foundation and a range of other funders have found these arguments compelling, funding a collective set of proposals amounting to over $3 million on which Ojiambo was the PI, co-PI or co-author. Finally, Ojiambo is a leader in finding ways to make humanistic research a public good. His open-access software to teach the Kiswahili language is widely used on multiple continents. He is the leader of two language initiatives at KU: the annual African Languages Festival and the Food and African Film Festival. These events bring in more than 200 students and faculty to celebrate and learn the significance of African and African diasporic languages. These efforts illustrate how Ojiambo has creatively weaved his scholarship with various performance-based activities that are examples of his deep commitment to public scholarship and outreach.