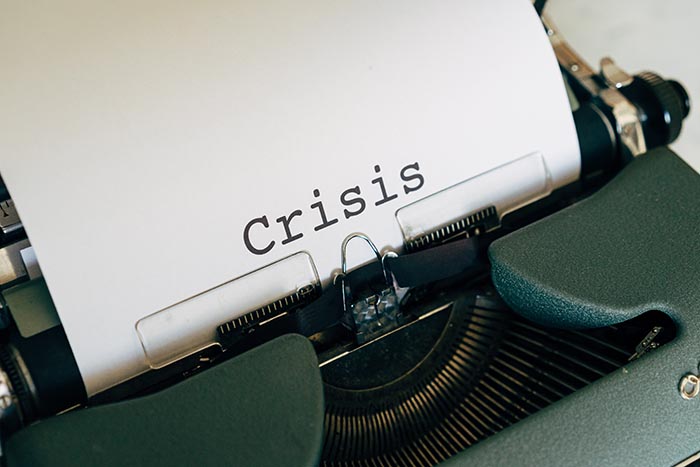 LAWRENCE — New research from the University of Kansas shows that some of the most creative adolescents may have had a sense that a global crisis was looming as far back as 2014.

While students didn’t predict a pandemic and resulting economic and social distress, KU researchers working with creative students noticed much higher rates of anxiety, depression and suicidality among the normally well-adjusted population. When asked about their negative feelings, the students pointed to a sense of impending worry about a global environmental catastrophe, the erosion of democracy and other international ills.

“Despite the common belief in the ‘mad genius’ myth, most scientific studies of creative people have found them to be surprisingly well-adjusted. Even in adolescence, supposedly a time of struggle, decades of research established that most of them were happily engaged in their art, music, writing, invention or social projects,” said Barbara Kerr, Williamson Family Distinguished Professor of Counseling Psychology in KU’s School of Education & Human Sciences.

Hundreds of creative young people who took part in KU’s Counseling Laboratory for the Exploration of Optimal States, known as Project CLEOS, matched that psychological profile from 2006 to 2013. But in 2014, alarming signs of depression and anxiety spiked. Initiation of suicide prevention protocols for the students jumped from one or two a year to 25% of the students assessed at the lab.

“Nothing had changed among the population of students we served or the nomination process. The students themselves had somehow changed,” Kerr said.

To determine why creative students were suddenly feeling more depressed and anxious, Kerr, principal investigator of Project CLEOS, and graduate students Maxwell Birdnow, JD Wright and Sara Fiene undertook a series of studies. They recently published their findings in the journal Frontiers in Psychology.

The first study compared students’ scores on interests, personality and achievements. Results showed the students remained interested in their creative pursuits, but their personalities had changed. From 2014 to 2019 they scored higher on neuroticism, or the tendency to feel anxious, depressed, vulnerable or lacking emotional control. Simultaneously, they scored significantly lower on extroversion, or the tendency to be warm, positive, gregarious and leadership-oriented.

“The students were also highly conscientious – concerned about working hard, achieving and deliberateness. To their counselors, they appeared sad, overwhelmed and reflective,” Kerr said.

For the second study, Birdnow interviewed more than 100 of the students in small focus groups to determine why they thought their group of peers felt depressed and anxious. Results indicated two major themes: Dealing with others’ expectations and awareness of global issues such as environmental destruction and collapse of democracy.

“Increasing personal struggles to meet expectations and fears about the future collided with their conscientiousness,” Birdnow said. “They had a sense of foreboding, a strong need to do something about it and the awareness that as adolescents, they had little power to do so.”

Following the studies, the COVID-19 pandemic hit. The research team commented that it was as if the students saw it coming. While they didn’t specifically predict a pandemic, the students felt a global catastrophe was inevitable. That sense of foreboding inspired a third study, in which Birdnow followed up with 19 previous participants in Project CLEOS to see how the pandemic had affected their mental health and creativity.

Throughout 2020, headlines told of people suffering from mental health issues, depression, lost creativity, loneliness, financial struggle and other negative results of the pandemic and the resulting isolation. The highly creative students largely reported they felt their mental health had suffered, but many said they also had been able to mask their emotional struggles. The most hopeful sign, the research team said, was that most remained engaged in their creative endeavors, despite their emotional struggles and isolation.

“One developed a much viewed TikTok profile, others wrote, or composed music. Some started community services; some continued scientific work,” Kerr said. “Somehow, in the worst of times, creative students used their imagination to be engaged, to entertain and inspire.”

While it may not come as a surprise that creative students suffered emotionally during the pandemic like so many others, the fact that such feelings preceded the pandemic warrant further discussion and research, the authors said. The population’s openness to experience and high degree of knowledge helped them see the possibility for global environmental and social crises and their inability to solve or prevent them likely led to their negative emotional states, the researchers wrote. However, the persistence of creativity shown in the third study adds support to the value of creative undertakings and shows researchers should continue to focus on how adolescent personality is influenced by internal expectations, external pressures and global events.

“Creatively gifted adolescents and young adults are much more perceptive than often credited. Amidst their own internal and external pressures to achieve greatness, they are acutely aware of the unpredictable inequity in the world,” Kerr said. “While this combination of awareness and pressure can lead to greater difficulties maintaining mental health, creative experiences can provide solace, meaning and predictability in an otherwise chaotic world.”