LAWRENCE – Drug lords, cowboys and desperadoes loom large in American pop culture, from story and song to film and television.

But in his new book on the subject, “Drug Lords, Cowboys and Desperadoes: Violent Myths of the U.S.-Mexico Frontier,” (University of Notre Dame Press, 2021) Rafael Acosta Morales deconstructs what he calls a simplistic, good-versus-evil binary that sees cowboys as white-hatted freedom fighters, drug traffickers merely as vicious criminals and those who live outside the law as deserving of their fate. 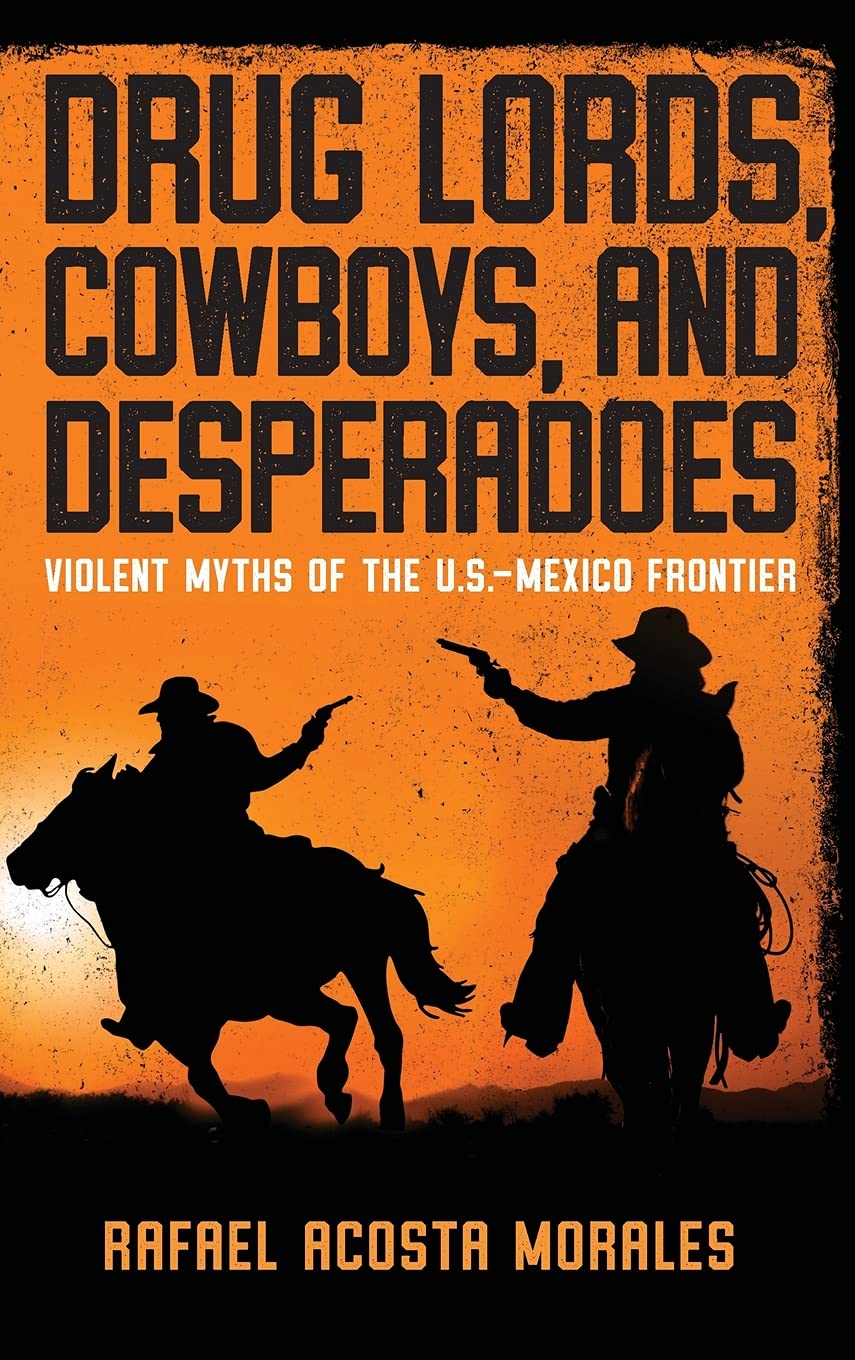 The University of Kansas assistant professor of Spanish language and literature explains what he calls the “affective assemblages” that lead some Mexicans to view El Chapo Guzman, for instance, as a “social bandit” akin to Robin Hood. Acosta contrasts John Wayne’s self-righteous character in “The Searchers” with Clint Eastwood’s morally ambiguous ones in “High Plains Drifter” and “Unforgiven.” And he analyzes how the treaty ending the U.S.-Mexican War robbed many former Mexican citizens of property, leading to conflict and repression, including an episode known as the El Paso or San Elizario Salt War.

In fact, he wrote, “I argue that the strategies later used in Jim Crow laws were first developed as a sort of ‘Jaime Cuervo’ set of laws and practices, which served as the model for oppressing minorities who had expected to be formally recognized as citizens but received none of the benefits of that status.”

Acosta even critiques Kant’s categorical imperative, arguing that “this conception of universality is intrinsically prone to discrimination and is not conducive to peaceful interaction in a multicultural environment.”

The book argues that these “affective assemblages” constitute a feedback loop with reality, as each reinforces the other in ongoing cycles. In this way, Acosta said, such structures allow Ronald Reagan the cowboy actor to become Ronald Reagan the American president, facing down the Evil Empire, leading Americans to bring to his political career the emotional load of cowboy films.

“After you watch so many cowboy movies, you understand the tropes,” Acosta said. “They translate to other narratives — not only to different genres, but to stuff that we do in real life.”

Acosta structures each book chapter this way, comparing fictional and factual cases. He uses “The Searchers” to argue that the cowboy myth is a tale of “weaponized trauma” in which colonizing invaders like the John Wayne character take on the mantle of righteous fury when Indigenous people fight back. In this way, Acosta wrote, the cowboy myth “provides the affective assemblage through which Anglos have counterfactually rewritten history and justified the genocide of Native Americans, slavery and the violent oppression of ethnic minorities.”

For the chapter on drug lords, Acosta had to look no further than his own hometown in Piedras Negras, Mexico.

“There was a big tornado in 2004,” he said, “and while the federal government and the state government were fighting about who was going to lead the recovery efforts, the Gulf Cartel came by with several trailers with water, cement blocks for rebuilding houses, blankets — all the things that you would expect an agency like FEMA to bring to this sort of disaster — and left everything there with a big sign saying ‘Courtesy of Osiel Cardenas,’ the leader of the cartel.”

In Acosta’s book, this contest of wrong and right takes place not so much along the physical U.S.-Mexican border as along its frontier.

He wrote: “I use the term ‘frontier’ with pointed intent, as I do not want to focus on the idea of a border, which highlights the place where two nations meet and ... are present and attentive, so as to protect the borders.”

That land that became a frontier was neither free nor vacant but was made so only through violent aggression, Acosta wrote.

“In sum, the frontier, whether construed in such an alluring way as it was in the United States or unexplored as was the case in Mexico, was a space characterized ... by existing as potential, as pure virtuality.

“In these stories, desperadoes not only fight for justice but also for the recognition of their existence. ... Because the stories of their lives did not fit within the stories of the ‘democratic’ institutions produced by the frontier, the segregation and dispossession of Mexican Americans became disguised under compatible narratives. The Anglo-American narrative thrusts aside anything that does not fit its institutionalized (self-styled as ‘objective and race-neutral’) version of events,” he wrote.

“All the narratives I analyze in 'Drug Lords, Cowboys, and Desperadoes,' then, interact with the myths of three figures that are key for how we structure political narratives in North America today.”