LAWRENCE — A new lecture series from the Center for Russian, East European, and Eurasian Studies (CREES) at the University of Kansas will feature some of the world’s leading experts to talk about the Cold War and its aftermath.

“Legacies of the Cold War: Russia, the United States, and the World,” supported by a grant from the U.S. Russia Foundation, will include virtual and in-person presentations on how the Cold War’s legacies continue to affect U.S.-Russian relations, the environment and popular culture. The series builds on last spring’s “Cold War in the Heartland” series, which examined the global conflict’s influence on the Midwest.

Prominent speakers include Fiona Hill, the former U.S. National Security Council official, scholar and well-known commentator on U.S.-Russian relations; Kate Brown, the Massachusetts Institute of Technology-based environmental historian and prize-winning author; Sergey Radchenko, an expert on the Cold War’s global legacies and a frequent contributor to The New York Times and other news outlets; and Bruce Berglund, a KU alumnus whose work examines the globalization of sports during the Cold War and after.

Upcoming events are as follows:

“Are We Living through a New Cold War? Philosophical Reflections of a Cold War Historian” 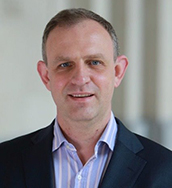 Radchenko’s lecture will explore continuities and discontinuities between the Cold War (1945-1989) and our own post-Cold War era. Radchenko is the Wilson E. Schmidt Distinguished Professor at the Henry A. Kissinger Center for Global Affairs at the Johns Hopkins School of Advanced International Studies. He has written extensively on the Cold War, nuclear history and on Russian and Chinese foreign and security policies. To register for this event, please visit here.

“The Great American Experiment: Nuclear Testing in the American Heartland” 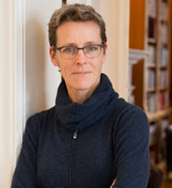 Brown’s talk will draw parallels between the Chernobyl nuclear disaster and the nuclear testing conducted in the American heartland. Chernobyl occurred during a critical time in U.S. history, when the waning of the Cold War led to the declassification of nuclear secrets. Among those secrets was evidence that U.S. officials and army generals had turned to the American heartland to carry out experiments about the relationship between human health and chronic low doses of manmade radiation. Brown is the Thomas M. Siebel Distinguished Professor in the History of Science at the Massachusetts Institute of Technology and the author of several prize-winning histories, including “Plutopia: Nuclear Families, Atomic Cities, and the Great Soviet and American Plutonium Disasters” (Oxford 2013). Her latest book, “Manual for Survival: A Chernobyl Guide to the Future” (Norton 2019), won the Marshall Shulman and Reginald Zelnik Prizes for the best book in East European History. To register for this talk, please visit here.

“Putin Plays the Puck! Hockey and Politics in Post-Soviet Russia” 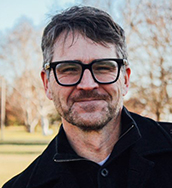 Berglund completed research in eight countries for his book “The Fastest Game in the World: Hockey and the Globalization of Sports” (University of California Press, 2021). Looking at hockey's leading role in Russia, the historian explores the mixing of sports and politics from the late-Soviet period to today. A graduate of the KU Department of History and a former instructor in the REES program, he taught for 15 years at Calvin University.  For more information about this event, please visit here. His talk will also be livestreamed for those unable to attend in person. 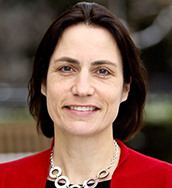 CREES Director Erik Scott will moderate this discussion with Hill, national security expert and Robert Bosch senior fellow in the Center on the United States and Europe in the Foreign Policy program at the Brookings Institution. Hill served as deputy assistant to the U.S. president and senior director for European and Russian affairs on the National Security Council from 2017 to 2019. From 2006 to 2009, she served as national intelligence officer for Russia and Eurasia at the National Intelligence Council. She is author of numerous publications, including the forthcoming memoir “There is Nothing for You Here: Finding Opportunity in the Twenty-First Century” (Clarion, 2021). To register for this event, please visit here.

KU’s CREES has been a national leader for the study of the former Soviet Union and Eastern Europe since 1965. The center, one of only 11 designated National Resource Centers for the study of the region across the United States, offers bachelor’s and master’s degrees and serves as a resource for K-12 teachers, post-secondary educators, business, media, government and the military. To learn more about the center’s activities, please visit crees.ku.edu. To subscribe to the center’s email list for upcoming events, please visit our website.