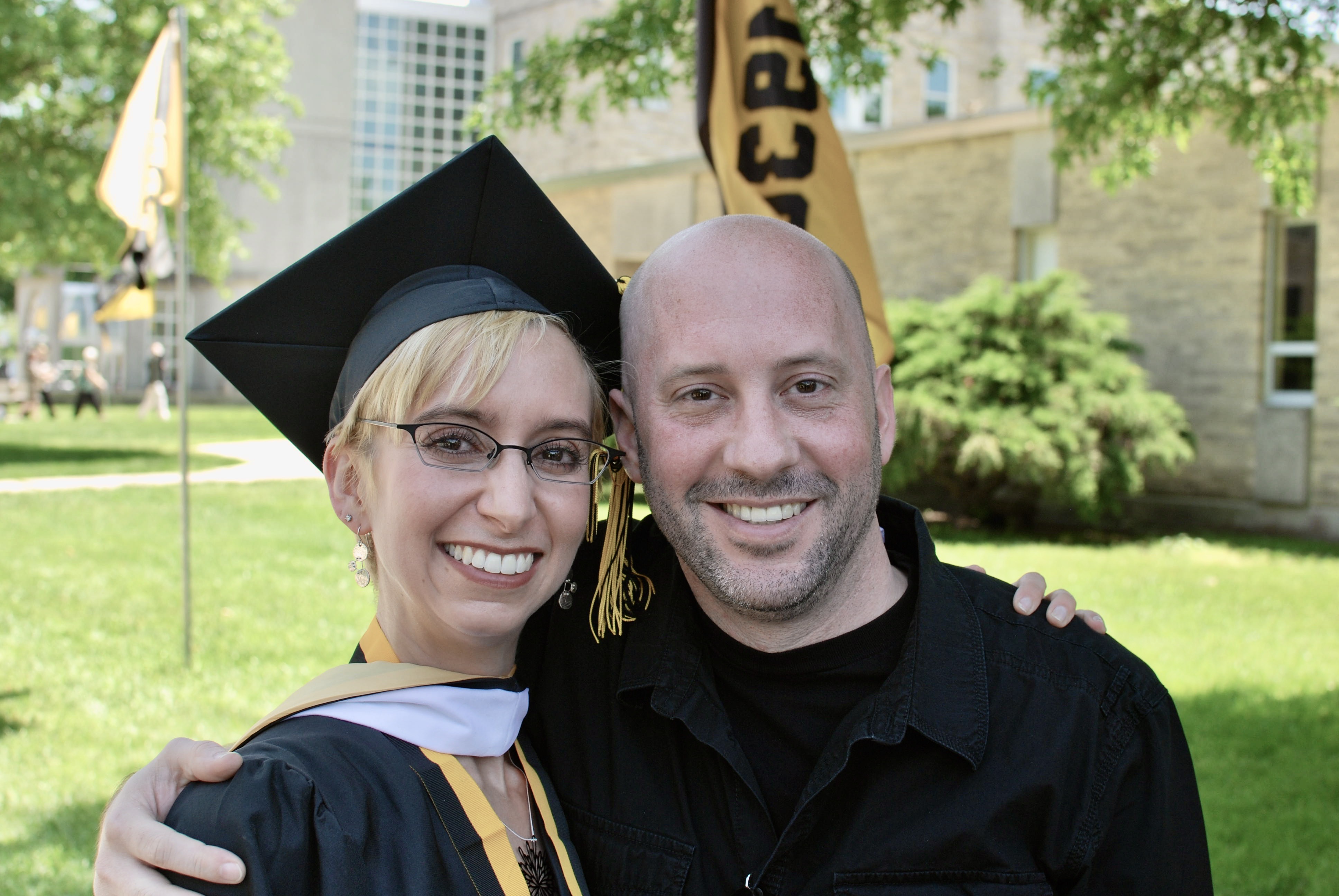 LAWRENCE — Gayla Guthrie remembers her brother Patrick Guthrie for his wicked sense of humor and his intense love of his family and the University of Kansas.

“I remember his obsession with rock music, his insane culinary skills and his tender heart,” she said. “He gave the best hugs.”

A year after Patrick’s death from complications related to alcohol use disorder, Gayla hopes that sharing his story and creating a fund for addiction research will fuel discoveries and reduce the stigma of substance use disorders. The goal of the Patrick Guthrie Hawks for Hope Fund is to encourage, elevate and reward postsecondary addiction research at the Cofrin Logan Center for Addiction Research & Treatment, a part of the KU Life Span Institute. 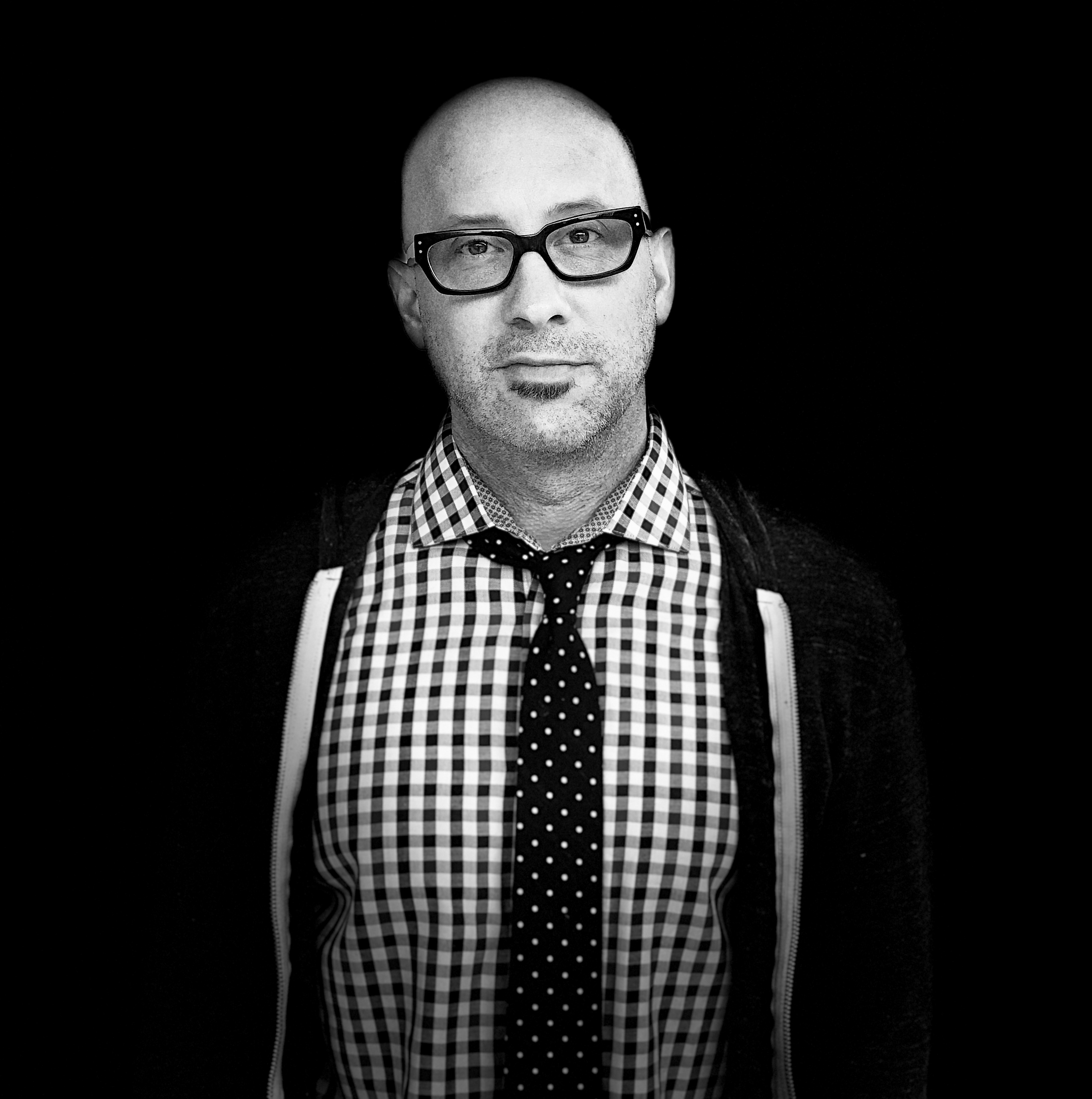 Establishing a fund for KU was a natural fit for several reasons, Gayla said.

“The Cofrin Logan Center’s mission really combines all of the things we hope for in addiction advocacy,” she said. “They look at the entire issue, from research and education to services and outreach.”

In addition, the family has a strong attachment to the university, with alumni among her parents and three brothers. They share a long history of attending KU athletic events. Patrick attended KU, taking coursework in film and media studies.

Only 20 months apart in age, Gayla and Patrick had a close relationship and shared many of the same interests, including a drive toward creative pursuits. She describes how Patrick enjoyed pushing boundaries, pulling pranks and joking around. He was extremely well-liked among his peers and was one of the most popular kids in high school. Classmates were drawn to his infectious personality, quick wit and charm.

“Between Patrick’s incredible charisma and unique style, he was too cool for the rest of us,” Gayla said, grinning widely.

Gayla, the youngest of the four Guthrie children, began dancing at the age of 3. As Patrick’s popularity and magnetism soared, her dancing turned pre-professional, and she prepared for a future performing career.

“He had such respect for my talent and my tenacity in pursuing my dream,” she said. “Even through difficult family experiences and the craziness of adolescence, he was still my biggest fan and seemed larger than life to me.”

When the family moved from Hutchinson to the suburbs of Kansas City, the transition was particularly tough for Patrick. It was around this time, in middle school, when he began experimenting with drugs and alcohol, Gayla said.

As he aged, he developed an early passion for rock music. The edgy, rock star lifestyle was part of the attraction; Patrick craved the energy and excitement of the music scene.

He found his calling in the restaurant industry while working at the Jazzhaus, a bar and music venue in downtown Lawrence. Gayla fondly recalls how without any formal culinary training, he launched an array of small plates to enhance live shows at the establishment and keep patrons lingering at the bar. The experience combined Patrick’s love of music with his natural ability in the kitchen.

His career blossomed when he returned to Kansas City as the assistant manager of La Bodega, a Spanish tapas restaurant. He was known for creating experiences around food, doting on patrons to ensure they enjoyed all aspects of their meal. By 2008, he and a business partner had plans to open their own restaurant: They had the architectural renderings, the financial backing and the menu.

The economic crash that year upended their plans. In an industry where businesses open and close routinely, those with the tools to deal with that loss might have been better able to bounce back.

“For someone who never developed healthy ways to cope with stressful life situations, whose brain and physiology were already altered by years of addiction, it was absolutely devastating,” Gayla said. “It sent the drug and alcohol abuse in a different, more dangerous direction.”

During his 20 years in the restaurant industry, the long hours, job insecurity and exposure to alcohol took their toll. Troubling symptoms of his addiction emerged. In 2015, Patrick told his family that he had a problem with substance abuse. Extensive treatment, recovery and multiple relapses followed.

During an extended period of sobriety, he became interested in addiction research. Gayla said he fundamentally knew that to treat addiction, a better understanding of the development of the disease was needed. His interest further solidified the family’s decision to support addiction research at KU.

“We need a deeper understanding of the many factors that lead to addictive behaviors and how they relate to and drive one another,” Gayla said. “Discoveries in root causes and how addiction evolves will change the dialogue we have around these problems.

"We need to break through the stigma, shame, guilt and embarrassment that are so prevalent and treat addiction like the disease that it is, like we treat cancer and other life-threatening illnesses.”

In 2020, Patrick was one of more than 90,000 people in the United States who lost their lives to alcohol use disorders and related complications. Gayla said she and her family are not content to merely share his story — they want to effect change.

For Gayla, one of the most lasting impressions of Patrick was that she could count on him to be in the audience at her dance performances.

“He would say to me, ‘I’m so proud of you.’ He was magical, just the most supportive,” she said.

It is with the same love and appreciation that Gayla and her family choose to honor Patrick’s legacy at KU through gifts to KU Endowment.

“His fund is not the end of his story,” she said. “It is the beginning.”