LAWRENCE — The University of Kansas has nominated six current seniors and a recent graduate for prestigious fellowships for study in the United Kingdom with the support of the university’s Office of Fellowships.

Marshall scholarships provide funding for graduate study at any university in the United Kingdom. The Rhodes scholarship provides expenses for one to three years of study at the University of Oxford in England. 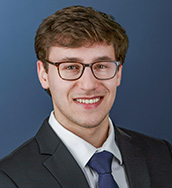 Anton Barybin, of Lawrence, is majoring in chemistry. He is the son of Misha and Ekaterina Barybin and a graduate of Lawrence Free State High School. In 2020 he was selected for the Beckman Scholars Program, a 15-month program designed to enrich the development of young scientists. He was also awarded a Kansas IDeA Network for Biomedical Research Excellence (K-INBRE) scholarship. He serves as a research ambassador for the Undergraduate Research Center. Barybin began research in the lab of Susan Lunte, Ralph N. Adams Distinguished Professor of Chemistry and Pharmaceutical Chemistry, in the summer before his freshman year at KU. Barybin’s research focuses on the design of separation-based sensors for monitoring neurotransmitters. Barybin is co-author on a peer-reviewed publication from Lunte’s lab and has presented his research at a regional meeting of the American Chemical Society and at a K-INBRE Symposium. He also presented virtually at the 2021 Pittcon conference and the Fall ACS meeting. Last spring, Barybin was named a Goldwater Scholar. 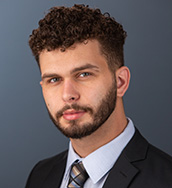 Melek Ben-Ayed, originally from Sfax, Tunisia, is a graduate of the American School of Doha and the son of Omar Ben-Ayed and Sondes Dhouib Ben-Ayed. A mechanical engineering major, Ben-Ayed serves as chair of the Mechanical Engineering Student Advisory Board, president of the American Society of Mechanical Engineers at KU, and an engineering representative in KU Student Senate. For the past two years, he has worked as a resident assistant and desk assistant for KU Student Housing. Since 2019, Ben-Ayed has been involved with the Lawrence Sunrise Movement hub. He currently serves as vice president of the KU Sunrise Movement student organization and as a trainer for the national organization. Ben-Ayed has been involved in undergraduate research with Candan Tamerler, Wesley G. Cramer Professor of Engineering, and Christopher Depcik, professor of engineering. He is a member of Zeta Chapter of Theta Tau engineering fraternity and the Muslim Student Association. 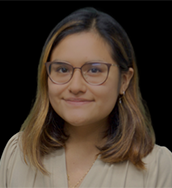 Sofia Berrospi Fernández, of Lima, Peru, is the daughter of Ricardo Berrospi and Eleonor Fernández. A graduate of Colegio San Agustín, Berrospi Fernández is the first KU student to be nominated for the Global Rhodes Scholarship. Berrospi Fernández is majoring in economics and mathematics, with a minor in journalism. As an incoming international student, she was awarded the competitive International Excellence Award and admitted to the University Honors Program. She is a research assistant in the KU Trade War Lab for Assistant Professor Jack Zhang and in the Center for Environmental Policy for Professor Dietrich Earnhart, and she works as a student administrative assistant for the Institute for Policy & Social Research. She is president of the Economics Club, of which she previously served as treasurer, and is the student representative to the Undergraduate Committee for the Department of Economics. Off-campus, Berrospi Fernández had a summer research position with the China-focused think tank The Paulson Institute and was a remote tutoring volunteer during the pandemic. 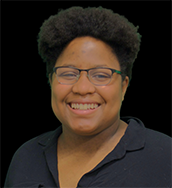 Jaleah Cullors, from Overland Park, is the daughter of RL Cullors and Joyslyn Fears. A graduate of Shawnee Mission West, she is double majoring in political science and global & international studies and triple minoring in Spanish, intelligence & national security studies and Middle East studies. She is a member of the University Honors Program and the Multicultural Scholars Program, and she was selected as a sophomore for the Global Scholars Program by KU International Affairs. As a McNair Scholar, Cullors pursued research on differences in terrorism coverage in the United States and the Middle East related to Islamophobia. Cullors is also an Intelligence Community Center for Academic Excellence Scholar and a Public Policy and International Affairs Junior Summer Institute Fellow. She is currently serving as an Independent Task Force Intern for the Council on Foreign Relations and previously interned at People to People International. Her extracurricular activities include the Global Awareness Program, Hawklink, the Rising Scholars Program, the Black Student Union and volunteer experience at El Centro Academy for Children. 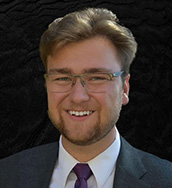 Joseph Hartung, from St. Louis, is the son of John and Mary Hartung. A graduate of St. Louis University High School, he is double majoring in history and global & international studies and triple minoring in African & African-American studies, national security studies and political science. Hartung is a member of the University Honors Program and was elected to Phi Beta Kappa as a junior. Hartung has conducted research for the U.S. Military Academy at West Point on attacks by Boko Haram and ISIS-West Africa on military bases (with a publication forthcoming), on environmental security in Nigeria for the U.S. Military Advisor Training Academy and on international perceptions of African security issues for the U.S. Army Foreign Military Studies Office. Hartung has interned for both the U.S. Department of State and Department of Defense, where he directly supported U.S. policy efforts in sub-Saharan Africa. He is proficient in Kiswahili and received a Boren Scholarship to study the language, though his program was delayed due to the pandemic. In June, he was announced as a recipient of the national Phi Beta Kappa Key Into Public Service Award. Hartung has played trombone in various KU ensembles and is a member of the KU Sailing Club. 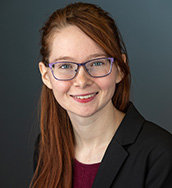 Laura Phillips is the daughter of Jean and Steve Phillips. A graduate of Lawrence Free State High School, Phillips completed bachelor’s degrees in classics and in ecology & evolutionary biology in 2021, when she received the Campanile Award. She is currently completing a master’s degree in classics. As an undergraduate, Phillips was the coordinator at the Center for Community Outreach for the Earth program for four years. Phillips focused on sustainable gardening and food security within the program. She also worked for the Kansas Trails Council to help build and publicize hiking trails, with a focus on conservation and sustainable trail building. Phillips spent several summers in the Rocky Mountains at Philmont Scout Ranch, working on fire rehabilitation and forestry management, and leading backpacking treks for high schoolers interested in ecology. She has worked at the KU Monarch Watch Lab and conducted sustainable agriculture research with Maggie Wagner, assistant professor of ecology & evolutionary biology. In the summer of 2020, she served as an intern for Lawrence-Douglas County Public Health. After completing her bachelors’ degrees at KU, Phillips spent the summer of 2021 as an intern at The Land Institute in Salina, where she contributed to a USDA project on feral alfalfa. 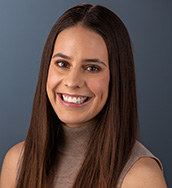 Erin Sturd, of Overland Park, is majoring in chemical engineering with an emphasis in bioengineering and minoring in Spanish. Sturd is the daughter of Deana and Joseph Sturd and a graduate of St. Thomas Aquinas High School. Sturd works with Mark Shiflett, Foundation Distinguished Professor of Chemical Engineering, at the Institute for Sustainable Engineering. In her research, for which she received an Undergraduate Research Award from the Center for Undergraduate Research, she studies polymeric membranes and mixed-matrix membranes for hydrofluorocarbon separation and hydrogen separation for gas recycling. She previously participated in an internship at the Center for Environmentally Beneficial Catalysis. This past fall she had two presentations at the American Institute for Chemical Engineering meeting, and she has presented at two KU Undergraduate Research symposia and a showcase. She is a member of the Multicultural Scholars Program, is an Office of Fellowships Rising Scholar and serves as an iHAWKe Ambassador. Sturd has served as the president of the Engineering Student Council and a School of Engineering Self Fellow and is captain of the KU Crew.