LAWRENCE — The MacArthur Foundation announced Steven Prohira, assistant professor in the Department of Physics & Astronomy, as a Class of 2022 MacArthur Fellow. 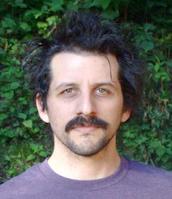 The fellowship — widely known as a “genius grant” — is an $800,000, no-strings-attached award to extraordinarily talented and creative individuals as an investment in their potential. The program is intended to encourage people of outstanding talent to pursue their own creative, intellectual and professional inclinations.

As a physicist, Prohira is advancing the study of cosmic rays and ultra-high energy neutrinos through a rare combination of expertise in three distinct areas: theory, engineering and experimental design. He proposes a novel method for detecting the notoriously elusive sub-atomic particles known as ultra-high energy neutrinos — important messengers from outside of our solar system and very difficult to observe.

“Detection of ultra-high energy neutrinos is a relatively small field within physics, but it's one with a host of creative and exciting experiments and, hopefully, discoveries just around the corner,” Prohira said. “My hope for this grant would be that it might introduce more folks to the fascinating world of neutrinos and encourage them to explore the physics that can be done with them at both the largest and smallest scales.”

The MacArthur Foundation calls Prohira “an early career scientist with a unique combination of talents and bold ideas … well-positioned to help transform what we know about long-held mysteries of our universe.”

“We’re tremendously proud of Professor Prohira’s achievements that led to this exciting recognition," said Chancellor Douglas A. Girod. "It will be thrilling to see what he discovers next as he continues on his path of discovery that is illuminating fresh, new ideas about the cosmos and is pushing out the limits of our knowledge.”

“Believe it or not, science is a very creative pursuit,” he said. “It is also highly collaborative. I think advancements in science get made when creativity and this diversity of thoughts and skills come together.”

Prohira’s research has appeared in such journals as the Journal of Cosmology and Astroparticle Physics and Physical Review Letters, among other scholarly publications.

More recently, Prohira has invented a potentially game-changing technique for detecting neutrinos in an energy range beyond what has been measured to date.

Prohira is a KU alumnus, having earned a master’s degree in 2016 and a doctorate in 2018 from the university. As a doctoral student, he was one of just 52 graduate students nationwide selected to participate in the U.S. Department of Energy’s 2017 Office of Science Graduate Student Research Program.

David Besson, professor in the Department of Physics & Astronomy, was Prohira’s graduate advisor. The MacArthur Fellow said that as one of the first experimental physicists working in ultra-high energy neutrinos, Besson laid all of the groundwork for Prohira’s own research program.

Before coming to KU, Prohira earned a bachelor’s degree from Gonzaga University in 2009.