LAWRENCE — A new report by a team of University of Kansas students throws light on the financial value created by one of Kansas’ major points of tourism. The Jayhawk Consulting program, housed in the School of Business, studied the economic effects of the Hutchinson-based Kansas Cosmosphere and Space Center. 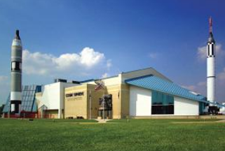 The team’s research indicated that the Cosmosphere is a major contributor to the economic health of the state of Kansas, generating $103 million in tourism dollars annually.

The report concluded the Cosmosphere spurs economic activity and generates tax revenue in the following areas:

The report estimated that, because of transactions by visitors coming to the Cosmosphere, the facility directly and indirectly supports the employment of 2,200 people. These employees, in turn, have a collective purchasing power of $70 million.

“The importance of the Cosmosphere extends beyond that which is offered inside our doors,” said CEO Richard Hollowell. “The community is fortunate to have this world-class museum.”

The report shows, he said, that the Cosmosphere is economically vital to Kansas.

Students evaluated the Cosmosphere’s economic value as a cultural and educational institution. The research was conducted to assist the center’s revitalization task force and was presented to the Cosmosphere’s governing and foundation boards.

The team analyzed data from the U.S. Census, Bureau of Transportation, Internal Revenue Service, previous studies and the Cosmosphere’s point-of-sale reports to supplement its findings.

Jayhawk Consulting, led by KU’s Center for Entrepreneurship, engages teams of students across all business disciplines to address the needs of clients from around the state and region. In the last six years, Jayhawk Consulting has provided assistance to more than 72 organizations across a wide spectrum of business models and challenges.

As the only Smithsonian-affiliated museum in Kansas, the Cosmosphere houses the largest collection of U.S. and Russian space artifacts in the world.  The Cosmosphere’s mission is to honor the past and inspire the future of space exploration.

The SpaceWorks division has an international reputation for historic artifact preservation, replication and exhibit design. SpaceWorks has completed projects for NASA, the Smithsonian and Hollywood films, including Ron Howard’s “Apollo 13” and the HBO Miniseries “From Earth to the Moon.”