LAWRENCE — Kristin Bowman-James, University of Kansas Distinguished Professor of Chemistry, will be the recipient of the American Chemical Society (ACS) Award in Inorganic Chemistry. This is Bowman-James’ first major national award, and she is only the second woman to receive the award since its inception in 1962. 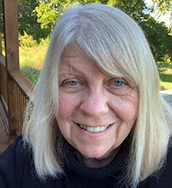 While anion chemistry is not necessarily considered mainstream inorganic chemistry, Bowman-James found so many similarities between anion and transition metal coordination that “it just seemed so logical,” she said.

“It is truly exciting that my inorganic chemistry colleagues considered my research worthy of the ACS Award in Inorganic Chemistry,” Bowman-James said. “This acknowledgment of my research is validation of my ideas and research findings.”

Bowman-James received both her undergraduate and doctoral degrees in chemistry from Temple University, spending the last two years working on her graduate degree at the Israel Institute of Technology (Technion) in Haifa. In 1975 she became assistant professor in the Department of Chemistry at KU, eventually becoming the first woman to chair the department. Later Bowman-James was appointed statewide project director of what is now the Kansas NSF Established Program to Stimulate Competitive Research (EPSCoR) in 2005 and became a University Distinguished Professor in 2007.

Bowman-James’ research targets the fundamental structural interactions and chemistry of negatively charged ions (known as anions) for environmental and biological applications such as sensing, separations and catalysis. She is most recognized for applying the structural concepts of transition metal binding, first proposed in the early 1900s by Nobel Laureate Alfred Werner, to anion host-guest chemistry. She is a co-editor of the first book devoted exclusively to anion chemistry, “Supramolecular Chemistry of Anions,” 1997, as well as a 2012 sequel, “Anion Coordination Chemistry,” both published by Wiley-VCH. Learn more about her research here.

The ACS National Awards Program is designed to encourage the advancement of chemistry in all its branches, to support research in chemical science and industry, and to promote the careers of chemists.