LAWRENCE — Four faculty members at two universities in Kansas have been named recipients of the state's most prestigious recognition for scholarly excellence: the Higuchi-KU Endowment Research Achievement Awards. The four will be recognized Dec. 13 during a ceremony at the Kansas Union.

This is the 35th annual presentation of the awards, established in 1981 by Takeru Higuchi, a distinguished professor at the University of Kansas from 1967 to 1983, and his wife, Aya. The awards recognize the exceptional long-term research accomplishments of faculty at Kansas Board of Regents universities. Each award includes a citation and a $10,000 award for ongoing research efforts. The money can be used for research materials, summer salaries, fellowship matching funds, hiring research assistants or other support related to research.

Awards are given in four categories: humanities and social sciences, basic sciences, biomedical sciences and applied sciences. Each award is named for former leaders of KU Endowment who played key roles in recruiting Higuchi to KU. Their financial support of KU helped enhance university research throughout Kansas.

Chancellor Bernadette Gray-Little will speak at the presentation ceremony. She will be joined by Jim Tracy, vice chancellor for research. Past Higuchi Award recipients who attend also will be recognized. 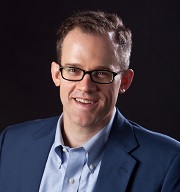 Philip Nel is an internationally renowned expert in literature with a specific area of focus on the understanding of literature written for children. At K-State, he co-founded and serves as the director of the Program in Children’s Literature. He has presented and published extensively, including 10 books and 24 refereed articles. His most recent book, "The Complete Barnaby, Volume Three: 1946-1947," is the third of five co-edited volumes that will comprise the first complete collection of the Crockett Johnson comic strip. His 11th book, forthcoming from Oxford University Press in the summer of 2017, will be "Was the Cat in the Hat Black?: The Hidden Racism of Children’s Literature, and the Need for Diverse Books." Nel came to K-State in 2000. His academic background includes a bachelor's degree from the University of Rochester and a master's degree and doctorate from Vanderbilt University. 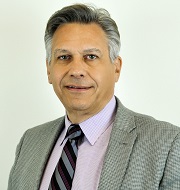 Randolph Nudo is a renowned neuroscientist and pioneering scholar in rehabilitation medicine, focusing on neural repair and neurologic recovery and rehabilitation after stroke. Nudo came to KU in 1997 from the University of Texas Medical Center. At KUMC, he is the Marion Merrell Dow Distinguished Professor in Aging and Professor and vice chair of research in the Department of Rehabilitation Medicine, and he serves as director of the Landon Center on Aging and director of the Institute for Neurological Discoveries. His academic background includes a bachelor's degree from Pennsylvania State University as well as a master's degree and doctorate from Florida State University. 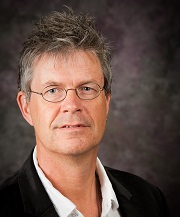 Christer Aakeröy is an international leader in the emerging fields of crystal engineering and supramolecular chemistry, which involve exploration and application of chemistry "beyond the molecule.” His research program combines fundamental and applied aspects of intermolecular interactions and materials science. His research has garnered more than $9 million in external support since 2000, attracting major grants from the National Science Foundation, the Department of Defense, NIH, the Petroleum Research Fund and industry. Aakeröy joined the faculty in the Department of Chemistry at KSU in 1996. His academic background includes an M.Sc. from Uppsala University, Sweden, and a doctorate from the University of Sussex, United Kingdom. 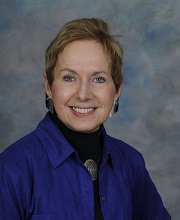 Judith Carta is a national leader in community-engaged research in the fields of early intervention and early childhood special education. Her program of work focuses on “alterable” environmental factors in the early experiences of young children with and without disabilities in poverty, and how such alterations can lead to improved academic performance and social well-being. Carta is a professor in the Department of Special Education and a senior scientist at the Schiefelbusch Institute for Life Span Studies. She also serves as director of early childhood research at KU’s Juniper Gardens Children’s Project in Kansas City, Kansas. After serving as a postdoctoral researcher at the Juniper Gardens project she has developed and sustained an externally funded research program at KU for 31 years. Her research has influenced changes in social policy and improved the quality of services children and families received across the state and nation. She is currently director of the Bridging the Word Gap Research Network, a national collaborative of 140 researchers, program implementers, civic leaders and policymakers seeking to find better ways to enhance young children’s language learning environments. She was appointed by Secretary Kathleen Sebelius to the Federal Advisory Panel on Head Start Research and Evaluation.

Attendance at the Dec. 13 ceremony is by invitation. More information about the Higuchi-KU Endowment Research Awards is available online.

The fund is managed by KU Endowment, the independent, nonprofit organization serving as the official fundraising and fund-management organization for KU. Founded in 1891, KU Endowment was the first foundation of its kind at a U.S. public university.