LAWRENCE — A University of Kansas School of Engineering student has been recognized as a future “technology leader” by Aviation Week magazine and the American Institute of Aeronautics and Astronautics. 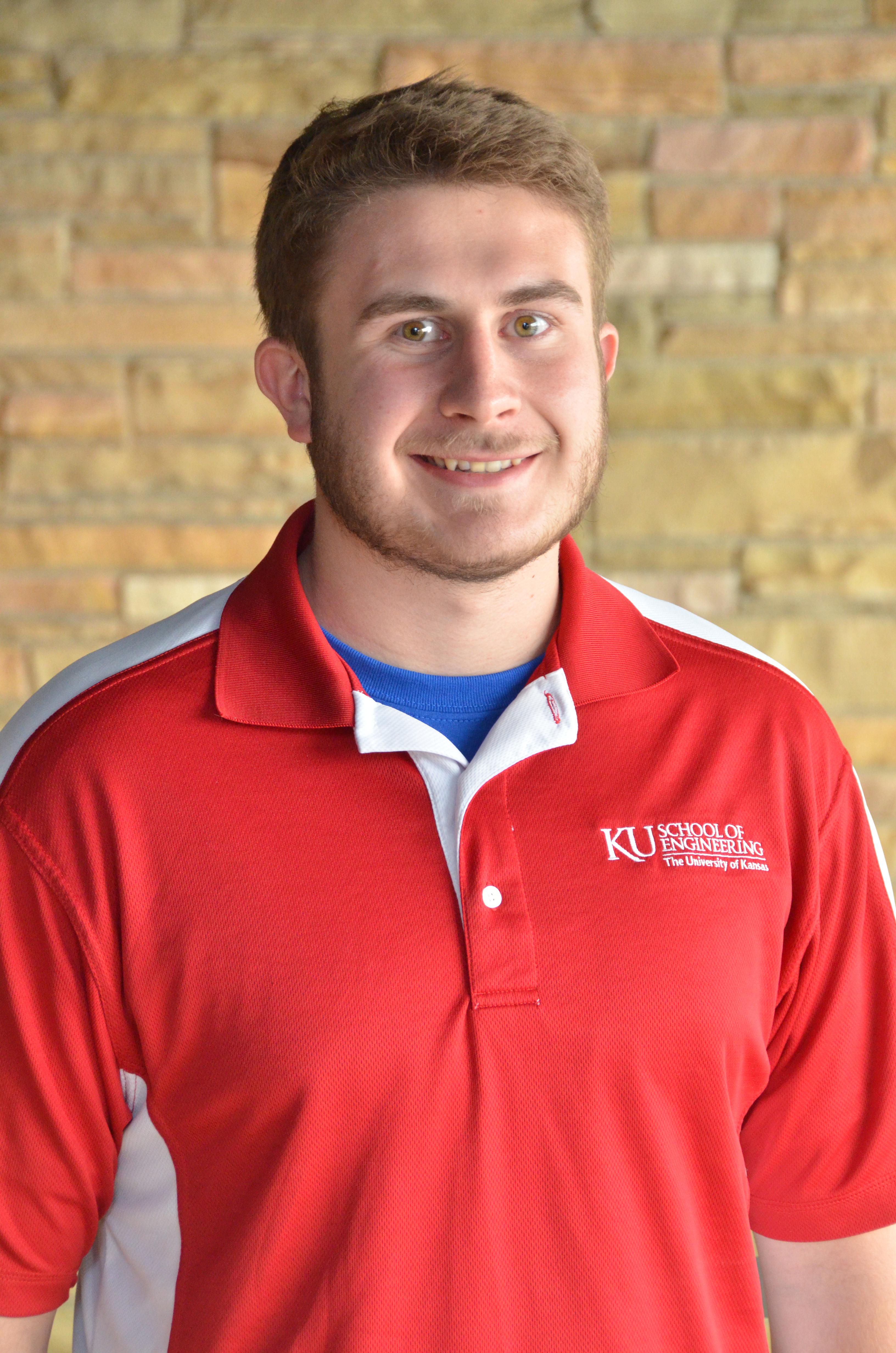 Joe Block, aerospace engineering senior from Chaska, Minnesota, was among the 20 students selected from universities across the world, featured on the “Tomorrow’s Technology Leaders: The 20 Twenties” list. The award recognizes students earning STEM degrees who are nominated by their universities on the basis of their academic performance, civic contribution and research or design project. Winners get a boost in their efforts to network within the industry, while hiring managers gain knowledge about the best of the best in the next generation of aerospace talent.

"Honestly, it means a lot to me,” said Block, a first-generation college student. "It's been awesome to see how far I've come since beginning my journey in aerospace engineering."

Block attributed the honor, in part, to his co-founding — with fellow students Grace Scherschligt and Will Brabston — the Jayhawk Aero Design club, which designs and builds unmanned aircraft, then enters them into competition against aerospace engineering teams from other colleges and universities across the world.

"We are a group that does the designing, building and flying of remote-controlled aircraft — planes from 2-foot wingspans to 12-foot wingspans, 5 pounds up to 55 pounds,” Block said. "We wanted to get our hands a bit more on a build-type project. We saw other groups, like Jayhawk Motorsports, that were doing projects like this that were meaningful."

Another goal: To build on KU’s long history of victories at AIAA aircraft and spacecraft design competitions — a tradition that goes back to 1950. The Jayhawk Aero Design club started competing during Block’s junior year, he said, and seems poised to add to that tradition.

"We did pretty well in the grand scheme of things,” Block said, “competing for the first time against teams that have been doing this for 25 years."

Other activities that factored into Block’s award: a weeklong trip to Uganda to help a town build a rainwater harvesting system. It was also a chance for Block to get a glimpse of his future — he wants to work on unmanned aerial vehicles, and neighboring Rwanda is home to a burgeoning industry: A company called Zipline, for example, has drawn attention for its efforts to use unmanned planes to deliver medical supplies like blood and vaccine to remote areas not easily reached otherwise.

Back at home, Block has also done on-campus work in KU’s Composites Lab, “getting my hands dirty.” 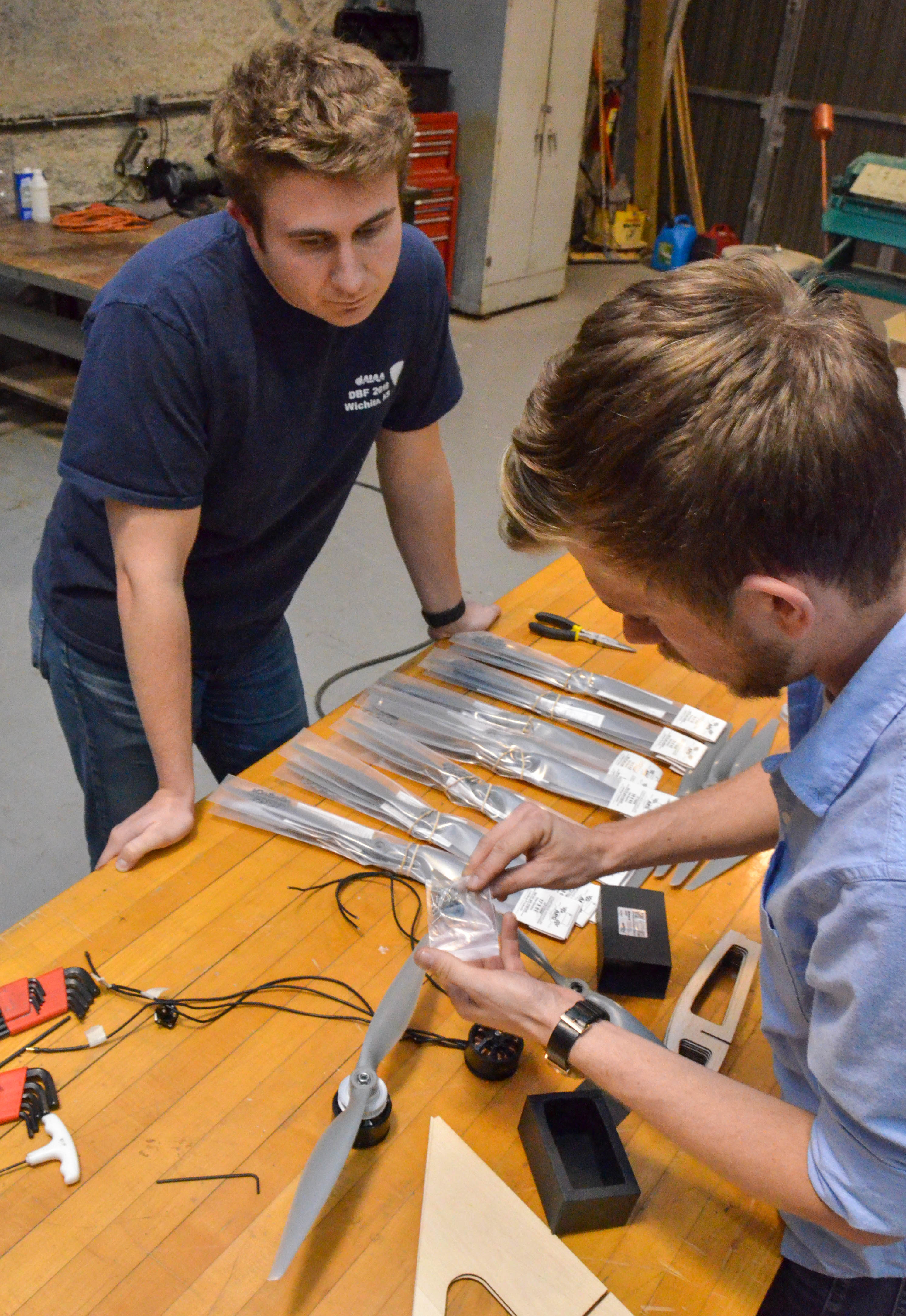 “It's really rewarding,” Block said of the honor, “after all the time and energy I've spent in these organizations."

“The future of the industry depends on these rising stars whose academic talents, high-value research and civic service, as well as their creativity and innovation, are sure to change the face of the industry,” he said.

Block gave credit to his family.

"My parents worked extremely hard to get me where I am right now,” he said.

He also praised Ron Barrett and Shawn Keshmiri, faculty members in the aerospace engineering department, for their guidance and encouragement. "(Professor Keshmiri) really did a good job of motivating you to do more than you're used to,” Block said. “He lets you know you're just as competitive as people from across the world."

That’s certainly proven true for Block. This year’s competition had qualified nominees from 42 different universities representing nine countries. Block and the other 19 winners will be honored at a ceremony March 14 in Washington, D.C.