LAWRENCE — A team from the University of Kansas School of Engineering is one of 10 winners in Phase I of the GoFly Prize, an international aviation competition sponsored by Boeing. 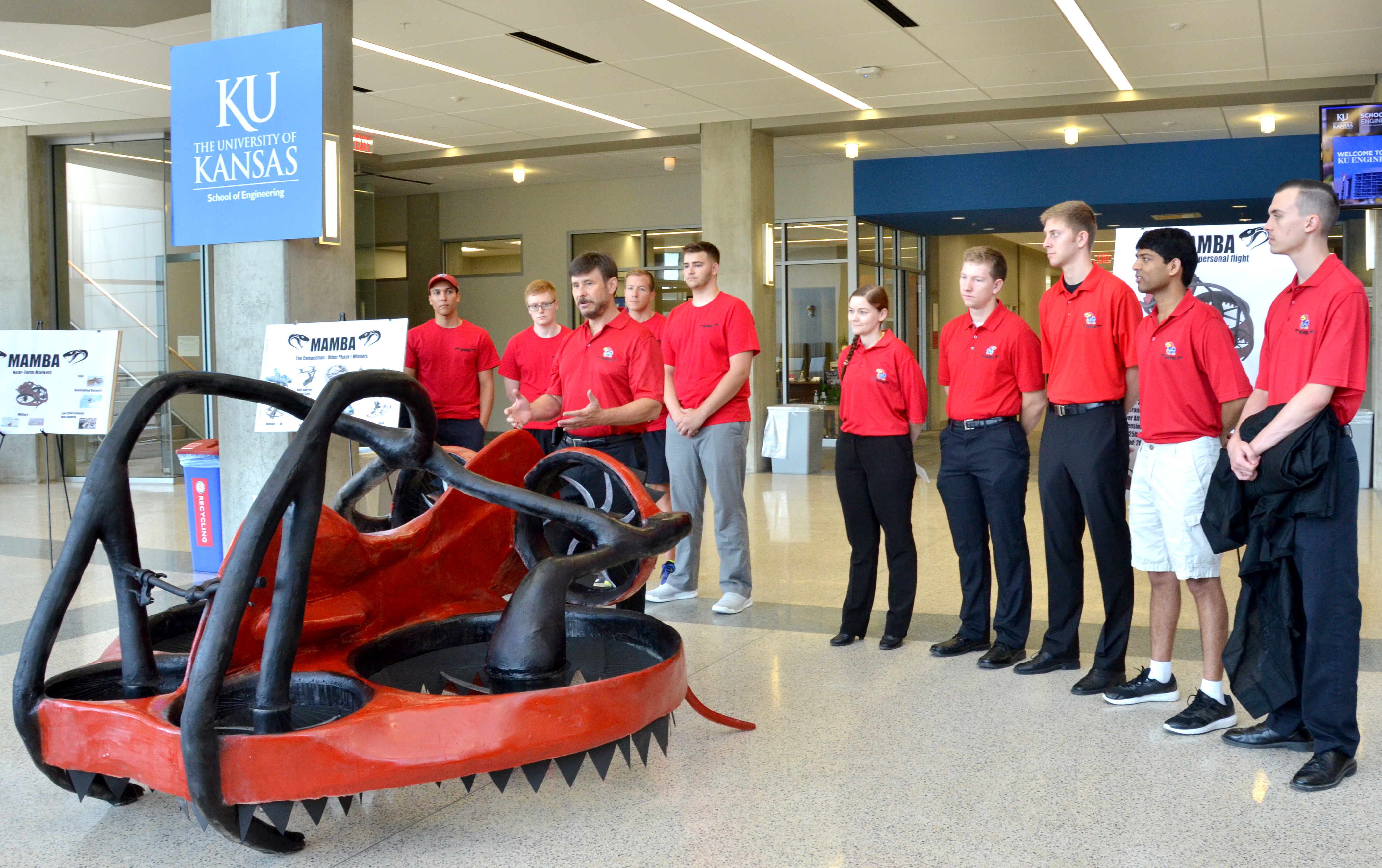 “The entire team is super-thrilled to be part of this,” Schumacher said after Boeing announced the finalists.

Teams in the competition were tasked with designing a safe and small “personal flying” device capable of flying 20 miles while carrying a single person.

“What we are seeking is an ‘everyone’ personal flying device, capable of being flown by anyone anywhere,” Boeing said in announcing the competition. “It should be a device for all: young and old, city-dweller and country-dweller, expert and novice.”

Barrett-Gonzalez laid out the challenge in simpler terms: "It reads like if somebody were to lay out a design for a Star Wars pod racer."

Members of the KU team started work in November and decided to make safety the main thrust of their vehicle design. The result: A multi-engine “hexcopter” featuring a roll cage for the pilot, shrouded rotors for lift and tail rotors behind the pilot. In profile, the design looks like a snake skull — thus the “Mamba” designation.

Schumacher, who is also a SELF Graduate Fellow, said the team worked through a series of questions to arrive at the design. 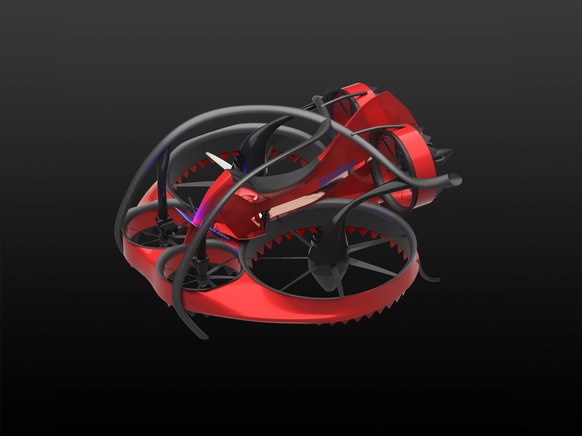 "Did we want to make it less expensive and market to the masses?” she said. “For us, the emphasis was safety — one crash can kill a product line.”

KU’s aerospace engineering program has a history of excellence in fixed-wing aircraft design and in intercollegiate competition. The GoFly competition proved a new challenge in several respects — both in adapting to more helicopter-style design, but also because the competition was wider: Some of the other finalist teams were sponsored by universities, but others were staffed with experienced engineers and project managers from established aerospace companies.

"Normally the Jayhawks go play in the NCAA Tournament,” Barrett-Gonzalez said. “Can you imagine if there was a grand basketball tournament open to any team anywhere — pro teams, national teams, NAIA teams? This is like that."

Schumacher added: "All of us are students of fixed-wing aircraft design. Rotorcraft is very new to us. It was quite the learning experience."

And an innovative one: The team managed to file a patent for a duct-noise suppression technique developed during the design process. It’s an innovation that may have applications beyond the aviation industry, Barrett-Gonzalez said.

"The real market is probably in industrial air movers,” he said. “We figured out how to quiet them down a lot."

The KU team won $20,000 for being one of the 10 Phase I winners. Now it moves onto Phase II — in which the teams must prove that a prototype of their design can take off and land. That submission is due in February. That will narrow the field to four competitors; those winners will attempt to build a fully operational aircraft to compete in a “fly-off” in October 2019.

The winner will receive a $1 million prize.

"We're confident we stand a very good chance of making the next round,” Barrett-Gonzalez said.

Some team members have now graduated, Schumacher said, so the team is looking for new members to help with the next phase of GoFly competition.

"We're really looking to fill out the ranks,” she said.

"It's a great feeling,” she added. “Obviously we put a lot of hard work in this design. Knowing it's competitive, being able to represent KU as a group of students has been really rewarding."