LAWRENCE — IHAWKe, the umbrella organization for diversity and women’s programs at the University of Kansas School of Engineering, is celebrating its 50th anniversary in 2021 with virtual and in-person events, as well as a scholarship fundraising campaign, scheduled throughout the year. 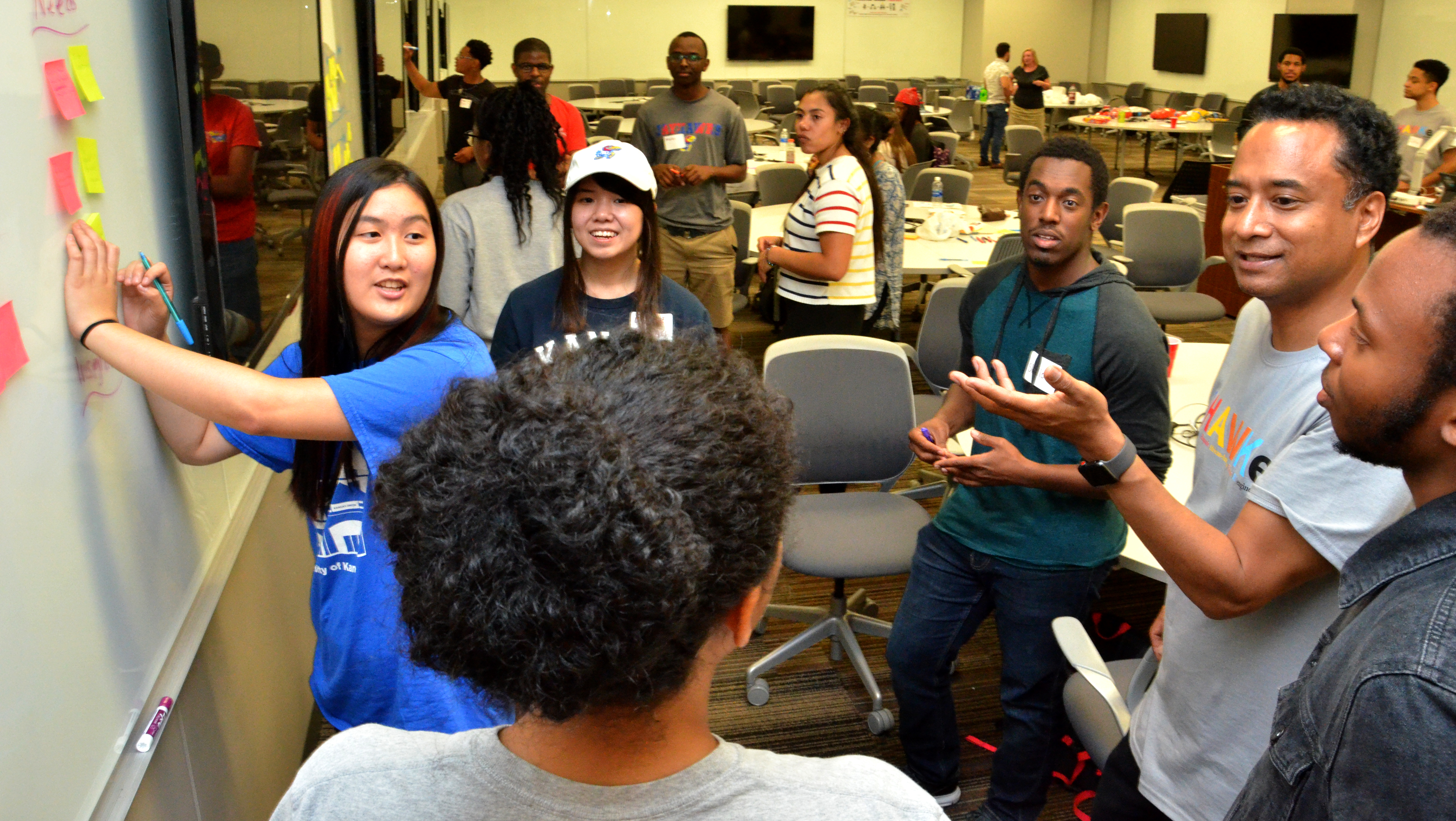 “We want to celebrate the fact that we've been doing this since 1971,” said Andrew Williams, KU Engineering associate dean for diversity, equity and inclusion. “And it’s been an award-winning program ever since.”

A virtual celebration is planned for April 29. There is also an in-person event expected — safety permitting — in October.

The organization began life in 1971 as SCoRMEBE, the Student Council for Recruiting, Motivating and Educating Black Engineers, started by Black engineering students at KU: William Nunnery, Gene Kendall and Ralph Temple. Soon after, William Hogan was appointed as the school's first assistant dean of minority affairs.

“We figured we’d try to establish a program to get more young engineers on campus,” Kendall, a retired rear admiral in the U.S. Navy, said in a 2012 interview. “We didn’t know how to do it, but we knew we needed to actively recruit. We had tremendous support from the School of Engineering, so we set about raising funds to start the program.”

At the time there were few such organizations on American college campuses. In 1977, SCoRMEBE was named one of the four best minority engineering programs in the country by the National Research Council’s committee on Minorities in Engineering.

“KU certainly had the first one in the country conceived and initiated by students,” Floyd Preston, professor of chemical & petroleum engineering, said in 2012.

Much of that expansion took place under the leadership of Florence Boldridge, who ran the program between 1983 and 2017.

“It’s important for students to get a sense of belonging,” Boldridge said in 2016. “When they are a part of an organization like this one, they get that feeling that ‘this is here just for me.’ In addition, we know it’s important that they realize they are valued and that they have a place in the School of Engineering.” 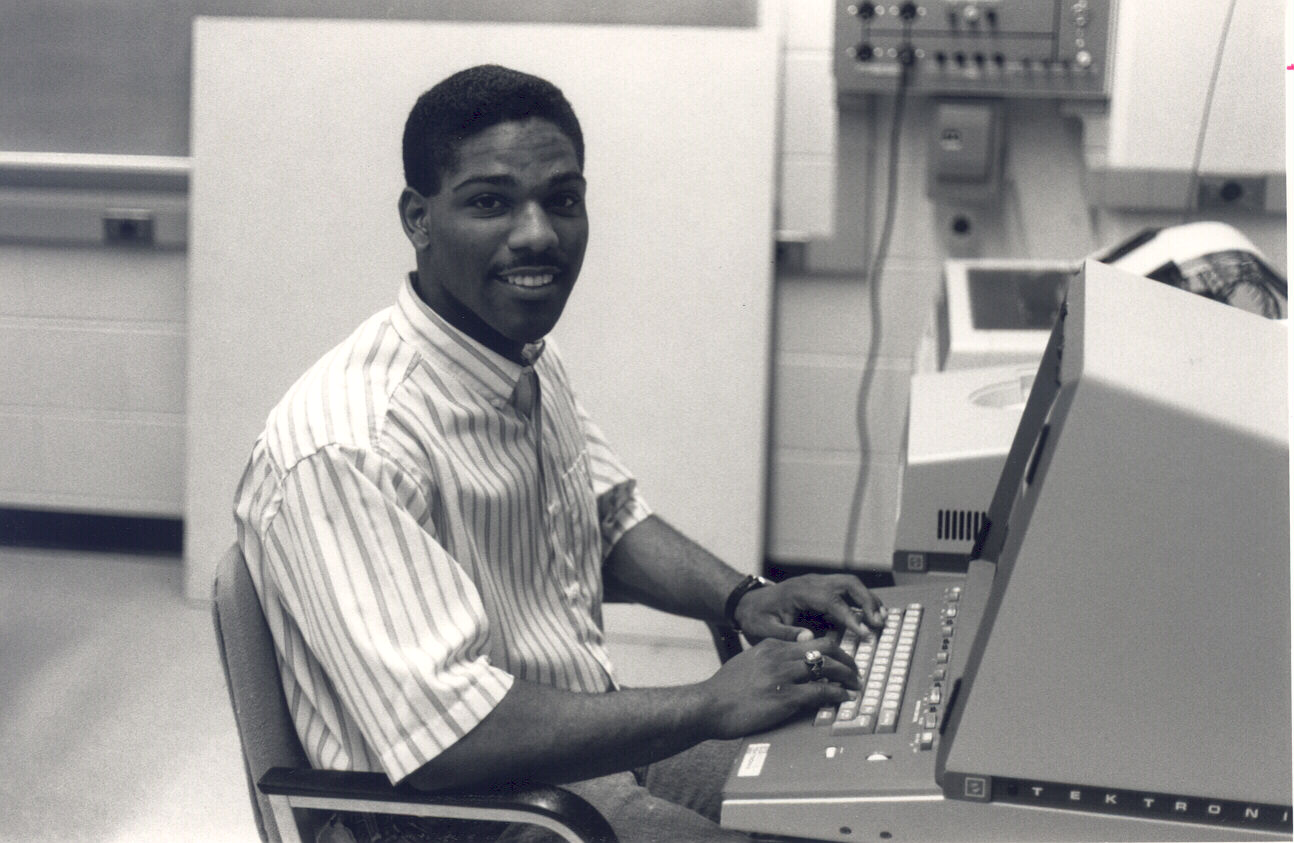 Boldridge was also recognized as the Minority Engineering Program Director of the Year by the National Society of Black Engineers in 2011.

In July 2017, Williams — who earned his bachelor's degree and doctorate at KU and was introduced to KU during his high school days through SCoRMEBE’s summer early entry program — became associate dean. Early in his tenure he reimagined and rebranded the program with a new name: IHAWKe, which stands for Indigenous, Hispanic, African-American and Women KU engineers.

IHAWKe has worked to retain current students through mentoring and tutoring programs, begun outreach to low-income and minority students in middle school and high school through its KU Engineering, Science, and Technology (KUEST) program, created summer acclimation opportunities for new students before they start class and worked to connect existing undergraduate students to summertime research opportunities. IHAWKe has also brought in guest lecturers and created a visiting scholar program that gives students more exposure to top minds in the engineering field.

Williams has also developed the Summer Bridge Program for recent high school graduates planning to attend KU. The eight-week program provides an opportunity for these students to take calculus before arriving in the fall. In addition, students gain skills necessary to succeed in a rigorous engineering curriculum, begin to learn the engineering design process, join a cohort of peers and receive engineering faculty support. All costs are covered by the School of Engineering and private donors.

Williams also seeks to expand diversity, equity and inclusion efforts within the School of Engineering as well. He works on faculty recruitment efforts, grant writing, faculty and staff training, and affinity groups.

Williams has also organized “IHAWKe-athons,” competitions that give students in the program a chance to showcase their skills in devising solutions to engineering challenges while providing networking opportunities — judges for the competition typically are representatives from major engineering firms in the Midwest region.

“I thought it was a very empowering event for minorities, to see that their creativity is valued and welcomed as other people,” said Darene Essa, an Overland Park undergraduate student in mechanical engineering, after a 2019 event. “We were able to talk to these industry reps and make connections, and that was very empowering, too.”

As a result, in 2019, KU was one of 29 institutions across the country to receive an "exemplar" bronze rating — the highest available classification during the review period — from the American Society for Engineering Education (ASEE) in its Diversity Recognition Program as one of the “nation’s leaders in inclusive excellence.”

“We have found that we are impacting the lives of students that did not see themselves as engineers or students at KU,” Williams said at the time.

This year’s anniversary celebration will include efforts to more extensively document the history of women and minority engineering students at KU.

“We're interested in uncovering some of that history, and announcing and celebrating that,” Williams said.

There is more work to be done, to build on that history for future generations.

“To be honest, I think we've just begun,” Williams said. “Yes, we've done this for 50 years, but there still remains a lot of work to be done in terms of providing scholarships and access to underrepresented groups.”