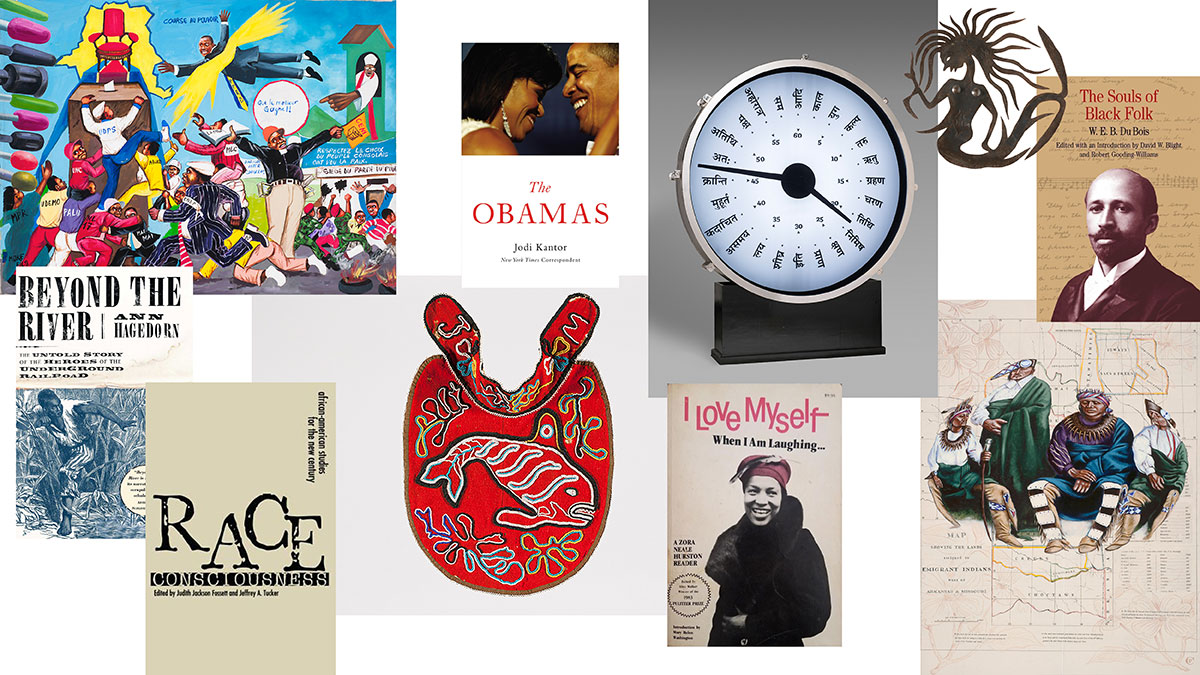 LAWRENCE — Two research projects at the University of Kansas have received major awards from the National Endowment for the Humanities. The Spencer Museum of Art received $400,000 to support the thematic reinstallation of its collection galleries, and the Project on the History of Black Writing received $350,000 to expand its digital archive, refine its user interface and develop its scholars program. Both projects aim to elevate previously unheard voices, as well as stimulate further research in arts and humanities through enhanced access to collections and cultural materials.

“The Spencer Museum of Art and the Project on the History of Black Writing are on parallel missions to paint a richer, more holistic picture of the human experience — elevating previously suppressed voices and viewpoints, and challenging exclusive narratives that harm individuals and communities,” said Simon Atkinson, vice chancellor for research. “Funding from the National Endowment for the Humanities is highly competitive. These awards endorse the critical importance of this work and the expertise and capacity of KU scholars and museum staff to carry it out.”

The Spencer Museum’s project will expand the diversity of cultural groups and identities represented in its collection gallery exhibitions through themes that resonate with many communities of learners. Greater representation of art by artists with marginalized identities will challenge dominant narratives that perpetuate dynamics of power and privilege.

Collaboration with local artists and regional scholars will help integrate many perspectives into the exhibitions. Additionally, several aspects of the reinstallation project will incorporate research by KU faculty and students.

“The reimagined collection galleries will include new narratives, including those that have historically been left out of art museums. This reinstallation is part of the Spencer Museum’s ongoing efforts to provide an active, antiracist and ethical learning environment,” said Celka Straughn, the museum’s deputy director for public practice, curatorial and research.

A virtual event on July 8 will present an overview of the project and provide an opportunity for public input.

In 2010, the Project on the History of Black Writing began the transformation of its extensive print collection through the Black Book Interactive Project, which aims to provide access to a wider range of cultural materials. Led by Maryemma Graham, University Distinguished Professor of English, BBIP has become the largest digital archive of African American novels written since the 19th century that are largely unknown or understudied. This new phase of the HBW’s work intends to make its collections more visible, building upon the work of two previous NEH grants and one from the American Council of Learned Societies.

During the course of the latest grant, BBIP will fill a critical gap in existing digital archives by producing and curating a digital database of more than 4,000 titles by African American authors. It will also add two additional cohorts to the BBIP Scholars Program.

“The Black Book Interactive Project will be the most complete resource for project-based inquiries in African American fiction and serves as a model for bridging the digital divide in marginalized textual communities,” Graham said. “BBIP’s approach is unique because it is linked directly to a growing community of scholars and educators and supports the development of projects from start to finish. We want to make sure we are meeting the needs of a large and diverse population of users and seeding new research in the field.”

The Project on the History of Black Writing was founded in 1983 at the University of Mississippi and moved to KU in 1998. Since its arrival, the project has received 12 NEH grants to support a range of research initiatives, the most recent of which is its 2021 NEH Summer Institute, “Hurston on the Horizon: Past, Present, and Future.” Ayesha Hardison, associate professor of English and women, gender & sexuality studies, who will become HBW’s new director in July, will lead the virtual institute, which will run July 11-30.

Photo: A collage of works of art from the Spencer Museum’s collection and cover images of books in KU's Black Book Interactive Project novel collection.