LAWRENCE  — Marc Greenberg, director of the University of Kansas School of Languages, Literatures & Cultures, was recently named a 2019 Ambassador of Science by the Slovene Ministry of Education, Science & Sport in Ljubljana, Slovenia. 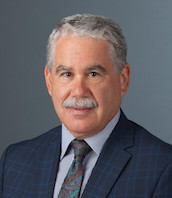 Awarded annually, the Ambassador of Science prize recognizes individuals for excellence in research and achievements in their field of study. Greenberg was selected from a pool of six nominees in the Ambassador of Science category, recognizing his contributions to Slovene linguistics and promotion of the Slovene language. Greenberg is the first non-Slovene national to receive this award.

“We’re one of the only institutions in the country to offer Slovenian, and to a large part, that’s because of Dr. Greenberg and his efforts,” said Ani Kokobobo, chair of the Department of Slavic Languages & Literatures. “I think, in many ways, this award is a recognition of his lifetime effort, advocacy and research in the area of Slovenian.”

“It is a great honor, not only for Dr. Greenberg, but for the Slovenian community in the United States and for the University of Kansas,” said Barbara Nelson, honorary consul of the Republic of Slovenia in Kansas City. “To be the first non-Slovenian to be recognized as the Ambassador of Science  by the Slovenian Ministry of Education, Science and Sport is a rare accomplishment and one that all Slovenians, especially those who know Dr. Greenberg, can be extremely proud.”

Greenberg received his master of arts at the University of Chicago in 1984 and doctorate at the University of California, Los Angeles in 1990, both in Slavic linguistics. He began his tenure at the University of Kansas in 1990. He has held numerous prestigious fellowships, including from the National Endowment for the Humanities, American Council of Learned Societies, American Philosophical Society, US Department of Education, the Swiss Science Foundation and the Moravian-Silesian Regional Research Fund. In 2017 he was elected to the Slovenian Academy of Sciences and Arts as a corresponding member.

The award ceremony was televised in Slovenia and can be viewed online with a free login.