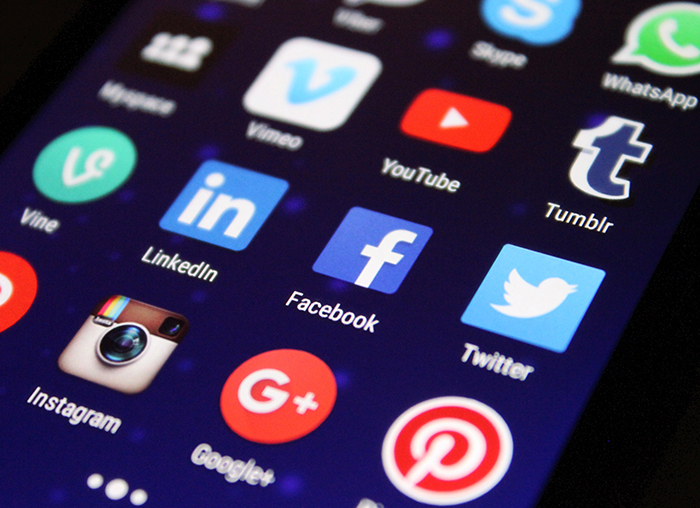 LAWRENCE — As COVID-19 vaccinations began in December 2020, social media and online platforms were awash with celebrities, health care workers, politicians and eventually laypeople sharing selfies confirming they got the shot. At the same time, vaccination opponents continued to use social media to present arguments and misinformation on vaccines’ safety and efficacy. A group of scholars from the University of Kansas has published a commentary article in the journal Psychology & Health arguing that vaccine selfies, when done properly, can be an effective and ethical way to fight the pandemic, misinformation and share positive experiences.

Humans are a naturally social species and tend to do what they observe the majority of others doing, the theory of normative conduct holds. Social media is a platform in which people share their behavior and reactions to everything from dining to sports, politics to health. While it has received no shortage of criticism, social media can also be a positive factor, researchers said, including in showing others they are vaccinated, ready to return to social norms and more.

“As social scientists, we observe behaviors on topics such as health, and we often see how people are chiming in or reacting to certain health issues. When we started to see people posting vaccine selfies on social media, we also saw the debate whether it is a good idea to share them or not,” said Muhammad Ittefaq, doctoral candidate in journalism & mass communications at KU and article co-author.

“Social media is often the catalyst, or viewed as where misinformation on vaccines is coming from. We wanted to look at the positive side as well and how it has been used to help,” said Mauryne Abwao, doctoral student in journalism & mass communications at KU and co-author. “When we first saw these selfies appearing, we thought it could be the foundation of more study of social media for good.”

Ittefaq and Abwao co-wrote the commentary with Shafiq Ahmad Kamboh of the University of Bremen in Germany. Vaccine selfies, they wrote, have created a bandwagon effect in encouraging others to join them in getting the shots. Those posting such selfies have several key motives: to indicate to others they are vaccinated; to invite loved ones and social contacts to have gatherings again after pandemic-induced quarantines; to encourage those skeptical to get vaccinated and to share their personal stories about the effects of the vaccine.

The authors wrote that there has been debate about whether sharing vaccine selfies constitutes shaming of those who have not been vaccinated but argued the practice is one of the most prolific ways to share that the vaccines are safe and effective. Similarly, there have been criticisms that the practice of taking photos while receiving a shot can slow down the process or interfere with health care workers, or that posting a photo of one’s vaccine card can subject that individual to identity theft or compromised personal information.

To that end, the authors made several suggestions on sharing effective vaccine selfies, including a well-lit photo that shows a person’s face and arm. Such a photo, accompanied with clear text that indicates what vaccine dose the person received, such as Moderna, Pfizer or Johnson & Johnson, along with hashtags such as #IGotTheShot, #BeatTheVirus or #vaccineswork, can encourage others who may be hesitant to take part.

“When you put your picture out there and people can see your face, it’s a sign to your friends, family, social circle and people who trust you that you are vaccinated,” Abwao said. “We’ve seen many times social media as a place where trends are set, especially with people mimicking behavior. It’s much like fashion. Everybody wants to have the latest. It doesn’t matter when you got it. People in many places around the world are still excited and posting these selfies. The conversation will be relevant for a long time.”

The researchers cautioned not to think of the practice in terms of solitary locations, timeframes or whom they are posted by. In locations around the world where vaccines are only now starting to become available, the practice is still common, and the potential to influence communities that have historically mistrusted medical officials or authorities is significant.

The authors also cited research that found sharing images of illness can unintentionally strengthen associations of vaccines with being sick. Humans are hardwired to respond to visual cues, they wrote, so vaccine selfies that highlight health, joy and optimism have the potential to positively shape public perception of COVID-19 vaccines. The study, they wrote, can also be the foundation for more research in the role of vaccine selfies in health communications and public health efforts, including the effects on perception of celebrities or laypeople and race or ethnicity of health care professionals in social media posts.

“We are continuing to look at how we can use social media positively. It’s being used by those with anti-vaccination messages, so we want to discuss both the positives and negatives, and we argue that it can be an effective method,” Ittefaq said. “By better understanding who shares health information, how and when we can help the medical and scholarly communities to design better interventions to promote vaccine acceptance.”