LAWRENCE — Three University of Kansas School of Law alumni will receive the law school’s highest alumni honor, the Distinguished Alumni Award, this year. The award celebrates graduates for their professional achievements, contributions to the legal field and service to their communities and the university. 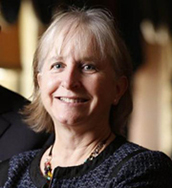 Rosemary “Rosie” O’Leary, L’81, the Edwin O. Stene Distinguished Professor in KU's School of Public Affairs & Administration, has distinguished herself through exemplary service and a lifetime of award-winning research and teaching. After working as an attorney, O'Leary earned a doctorate in public administration from the Maxwell School of Syracuse University. O’Leary spent the last three decades researching the intersection of public administration and law. She has written 12 books and over 135 scholarly articles. She has received 11 national research awards, two international research awards, three best book awards and 10 teaching awards. She worked on the NASA Return to Flight Task Group and was awarded the NASA Distinguished Service Award. At the age of 65, she taught research methods to Filipino professors on remote campuses through Peace Corps Response. O’Leary has received Fulbright Scholar awards to Malaysia and the Philippines, an Ian Axford Fellowship to New Zealand and an appointment as an honorary professor at Hong Kong University. In 2019, the European-based International Research Society for Public Management established the annual Rosemary O’Leary Prize for excellence in scholarship on women and public administration. 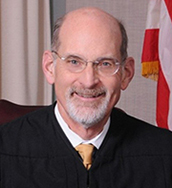 Judge Robert Nugent III, L’80, served as a U.S. bankruptcy judge for the District of Kansas for 20 years and as chief judge for 14 years. He was on the U.S. Bankruptcy Appellate Panel for the Tenth Circuit for 18 years and was chief judge for two years. Nugent received both his undergraduate degree and law degrees from KU. Prior to joining the court, Nugent was a partner at two firms in Hutchinson and shareholder at Morris, Laing, Evans, Brock & Kennedy, Chartered in Wichita. A former president of the Wichita Bar Association, he received its Lifetime Achievement Award for his service to the organization in 2020. Nugent is a member and former president of the National Conference of Bankruptcy Judges, a fellow of the American College of Bankruptcy and serves on the editorial boards of the  American Bankruptcy Law Journal and the Journal of the Kansas Bar Association. He was a co-editor in chief and chapter author of the KBA’s Kansas Bankruptcy Handbook, Third Edition and contributed three chapters to Bloomberg Law: Bankruptcy Treatise. Nugent has also served on the boards of the Wichita Symphony Orchestra Society, Wichita Chamber Chorale and the Tallgrass Film Association. 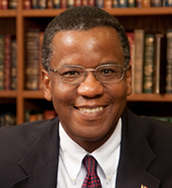 Reginald Robinson, L’87, was a devoted public servant and a pillar in the KU community for more than four decades. He received both his undergraduate degree and law degree from KU. He was student body vice president as an undergraduate. In law school, he was editor in chief of the Kansas Law Review. He most recently served as CEO of the Kansas Health Foundation. Prior to that, he was vice chancellor for public affairs at KU, director of KU’s School of Public Affairs & Administration, president and CEO of the Kansas Board of Regents, a faculty member at both Washburn Law and KU Law, chief of staff to Chancellor Robert Hemenway, a White House fellow, special assistant to Attorney General Janet Reno and deputy associate attorney general for the United States. He served on the board of directors for the Friends of the Spencer Museum of Art, Hall Center for the Humanities and Bert Nash Community Mental Health Center. Robinson died in September 2020.