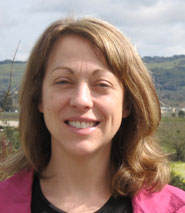 LAWRENCE — The Hall Center for the Humanities has announced the winner of the 2011 Byron Caldwell Smith Book Award.

Leslie Tuttle, Associate Professor of History at KU, won the award for her book, Conceiving the Old Regime: Pronatalism and the Politics of Reproduction in Early Modern France, published by Oxford University Press in 2011.

Tuttle will receive her award and deliver a lecture Sept. 13 at 7:30 p.m. in the Hall Center Conference Hall. Her lecture is titled: “Making Babies, Making the Nation-State: The Case of Pre-Revolutionary France.” The event is open to the public. A book signing and reception will follow.

The award committee commended Tuttle on her prose and scholarship: “Tuttle writes beautifully. She weaves the stories of specific individuals into her well-constructed narrative. Moreover, her subject is original and thoroughly researched.”

One committee member wrote that Tuttle’s book stood out in a strong field of worthy nominations: “It is a fine work of historical scholarship, carefully researched in a wide range of sources, and engagingly written. The author’s well-constructed narrative traces the history of France’s early modern experiment in procreative engineering.”

Her editor at OUP, Susan Ferber, notes that it is a “splendid” honor to receive such an award on a first publication.

Tuttle is a Kansas native herself. Her great-great-great grandparents claimed a homestead near White City in the 1850s. Trained at Princeton University, she joined the KU faculty in 1997 and currently teaches courses on European history, women's history and historical methods.

The Byron Caldwell Smith Award was established at the bequest of Kate Stephens, a former KU student and one of KU’s first women professors. As an undergraduate, Stephens learned to love the study of Greek language and literature from Professor Byron Caldwell Smith. In his name, she established this award, given biennially to an individual who lives or is employed in Kansas and who has written an outstanding book published in the previous two years.

According to a 2016 @KUbschool study, baggage fees are not entirely bad for passengers: They have contributed to fe… https://t.co/T32LxjbxHu
«»
Follow us on Twitter »
Why KU
Apply »
One of 34 U.S. public institutions in the prestigious Association of American Universities
44 nationally ranked graduate programs.
—U.S. News & World Report
Top 50 nationwide for size of library collection.
—ALA
5th nationwide for service to veterans —"Best for Vets: Colleges," Military Times