LAWRENCE — Just as Langston Hughes talked of his childhood in Lawrence influencing his artistic life, poet Kevin Young can claim a similar geographic lens through which his contemporary poetry flows. 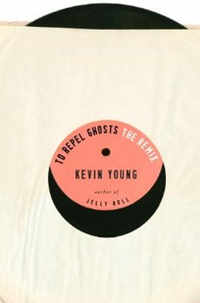 Young, though born three years after Hughes' death in 1967, grew up 30 miles to the west of Lawrence in Topeka.

"He's probably the logical successor to Hughes in terms of perspective because Hughes always said that the Midwest and that Lawrence gave him this view to the world," said Maryemma Graham, a University of Kansas distinguished professor of English and founder and director of KU's Project on the History of Black Writing.

As part of Black History Month, HBW, in conjunction with KU Libraries, will host the Black Literary Suite: Black Writers with a Kansas Connection. A public program from 3 p.m. to 4:30 p.m. Wednesday, Feb. 25, at Watson Library will include a poster display and self-guided audio tour about the writers. The posters will remain on display through March.

Graham said, like past HBW literary suites, much of the research focused on identifying both well-known and not-so-well known authors with Kansas ties, plus new information about authors and ties to Kansas that aren't widely acknowledged.

"We're constantly pushing that tension between the known and the unknown as part of that work," she said.

Young's Topeka ties are important because they helped shape his poetry, like Hughes, but he became more widely recognized after he left Kansas for the East Coast, she said. Young has written what he calls "the American trilogy" of poetry in three books: "To Repel Ghosts," exploring the painting of Jean-Michel Basquiat; "Jelly Roll," a blues poems collection, and "Black Maria," a film noir. His first poetry book, "Most Way Home" in 1995, made the National Poetry Series. Graham remembers seeing Young present his work in the Dark Room Collective in Cambridge, Massachusetts, a venue where many contemporary black poets became widely heard. 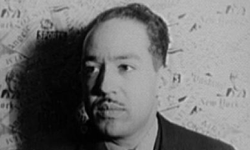 However, HBW staff members say his writing still reflects how his Kansas roots shaped his worldview.

While Young's ties to the Sunflower State are somewhat clear, for other writers the distinction took some more digging. Frank Marshall Davis, who was a prominent black journalist, poet and political and labor movement activist, was born in Arkansas City and attended both Friends University in Wichita and Kansas State Agricultural College in Manhattan, which is now Kansas State University.

HBW staff member Crystal Bradshaw said Davis left Kansas for Chicago and later Hawaii, and he's better known for his journalism and social activism than his writing. Through his work in journalism, especially as managing editor of the Associated Negro Press and the Atlanta Daily World, Davis was also widely read as a black writer.

"He was able to move throughout the positions very quickly," Bradshaw said. "He would go into a very basic position and by two years be an editor, managing the whole newspaper system."

John Edgar Tidwell, professor of English and author of the 2006 book "Writings of Frank Marshall Davis: A Voice of the Black Press," provided extensive research for the HBW to use on Davis as part of this month's literary suite.

Graham said Davis' work as a journalist but also a poet and even a photographer was a similar path many black writers have pursued in American history as they used the experience of journalistic and opinion writing to get their voices out in the public.

She said the HBW hopes the Black Literary Suite will foster discussions and interest from the public in writers with Kansas ties they are either familiar with, like Hughes or Gwendolyn Brooks, or others they yearn to learn more about, like Young or Davis.

Photo above: Langston Hughes. Credit: Carl van Vechten (via the Library of Congress).