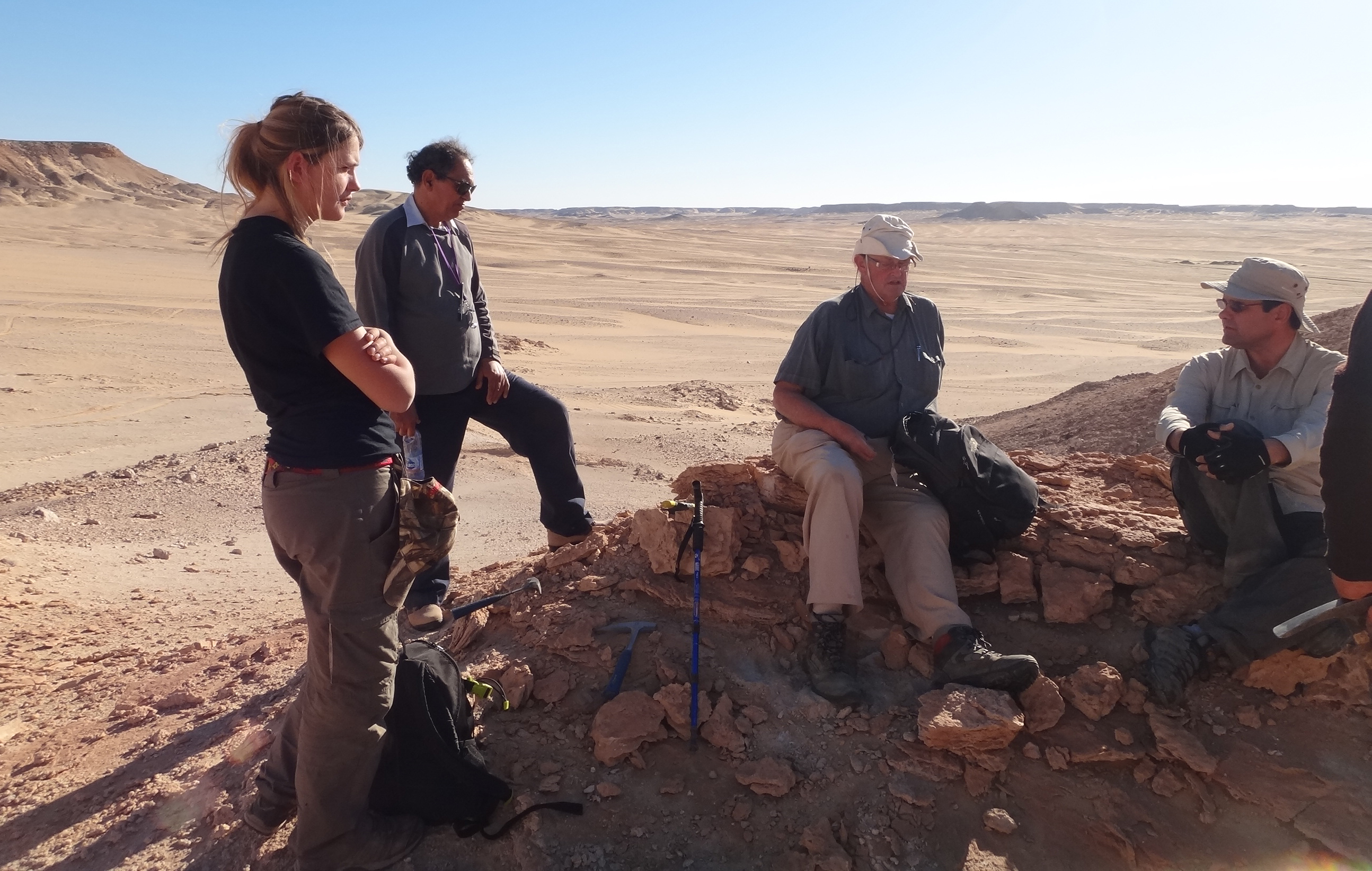 Since the 2011 toppling of Muammar Gaddafi, fighters tied to various tribes, regions and religious factions have sown chaos across that nation. Most recently, ISIS militants in Libya committed mass beheadings that triggered retaliatory bombings by neighboring Egypt.

“Currently, it is obviously very dangerous to be a Western scientist in Libya,” said Christopher Beard, Distinguished Foundation Professor of Ecology and Evolutionary Biology at the University of Kansas. “Even Libyan citizens are not immune to random violence.” 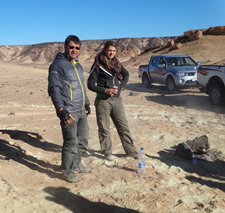 In spite of this turmoil, Beard and a team including fellow scientists from KU’s Biodiversity Institute have just published a discovery of mammal fossils uncovered in the Zallah Oasis in the Sirt Basin of central Libya. The fossils date back to the early Oligocene, between about 30 and 31 million years ago.

According to Beard, their paper in the Journal of African Earth Sciences sheds light on a poorly documented interval of our own evolutionary history, and shows climate and environmental change can utterly alter a local ecosystem — from a wet, subtropical forest in the Eocene to a dry desert today.

This valuable knowledge makes taking calculated risks in a war-torn land worth the risk.

“The most important factor is to have local collaborators who are experienced and who have a good feeling for what is impossible or dangerous,” Beard said. “Our Libyan collaborator is an experienced and highly accomplished professor of geology at Tripoli University. He has excellent ties to the Libyan petroleum industry, and he knows the Sahara Desert of Libya as well as anyone. We consulted closely with him prior to our 2013 expedition, and when he gave us the green light that it was safe to return to the country — thanks largely to his logistical arrangements with a local oil company — we felt safe about going back, despite State Department warnings against travel to Libya.”

Beard, who participated in both the Libyan fieldwork and subsequent analysis of the fossil finds, said taking care of logistics was the hardest part of the work.

“The arrangements were hard to put in place, because we had to coordinate among a team of four different nationalities, and we required the consent and active participation of our colleagues working at Zuetina Oil Company in Zallah,” he said.

Working in the Zallah Oasis in Libya’s Sirt Basin — an area that has “sporadically” produced fossil vertebrates since the 1960s — the team discovered a highly diverse and unique group of fossil mammals dating to the Oligocene, the final epoch of the Paleogene period, a time marked by a broad diversity of animals that would seem strange to us today, but also development of species critical to human evolution.

Beard said that the fossil species his team discovered in Libya were surprisingly different from previous fossils tied to the Oligocene discovered in next-door Egypt.

“The fact that we are finding different species in Libya suggests that ancient environments in northern Africa were becoming very patchy at this time, probably because of global cooling and drying which began a short time earlier,” he said. “That environmental patchiness seems to have promoted what we call ‘allopatric speciation.’ That is, when populations of the same species become isolated because of habitat fragmentation or some other barrier to free gene flow, given enough time, different species will emerge. We are still exploring how this new evolutionary dynamic may have impacted the evolution of primates and other mammals in Africa at this time.”

Because Beard’s work focuses on the origin and evolution of primates and anthropoids — the precursors to humans — he found the Libyan discovery of a new species of the primate Apidium to be the most exciting of the fossils uncovered by the team.

“These are the first anthropoid primate fossils known from the Oligocene of Libya and the only anthropoid fossils of this age known from Africa outside of Egypt,” said the researcher. “Earlier hypotheses suggested that anthropoids as a group may have evolved in response to the global cooling and drying that occurred at the Eocene-Oligocene boundary. Our new research indicates this was certainly not the case, because anthropoids had already been around for several million years in Africa prior to that boundary. But the climate change still had a deep impact on anthropoid evolution, because habitat fragmentation and an increased level of allopatric speciation took place as a result. Anthropoids, being forest dwellers, would have been particularly impacted by forest fragmentation during the Oligocene.”

Unfortunately, ongoing strife in Libya makes a return visit to the Sirt Basin site impossible at the moment. Indeed, armed conflict in that nation prohibits outside scientist from visiting to safely conduct any kind of field research.

“The window has now passed,” Beard said. “Field research like that which our team conducts cannot begin again until the country is stabilized and the personal security of scientific researchers in the field can be assured.”

The Biological Anthropology Program at the National Science Foundation funded the research. Beard collaborated with Pauline M.C. Coster at KU and colleagues from Tripoli University (Mustafa Salem) and the University of Poitiers in France (Jean-Jacques Jaeger and Yaowalak Chaimanee). Co-author Michel Brunet at Poitiers instigated paleoanthropological fieldwork in Libya during the mid-2000s and laid the groundwork for the most recent research.

Search options »
Subscribe to KU Today
KU in the news
The New York Times — Thu, 04/01/2021
A decline in testing may be masking the spread of the virus in some U.S. states
The Guardian — Wed, 03/24/2021
The social biome: how to build nourishing friendships – and banish loneliness
The elusive odderon revealed itself "in the hot guts of two particle colliders," Rafi Letzter writes. Read more in… https://t.co/2cm5kt3ofk
«»
Follow us on Twitter »
Why KU
Apply »
One of 34 U.S. public institutions in the prestigious Association of American Universities
44 nationally ranked graduate programs.
—U.S. News & World Report
Top 50 nationwide for size of library collection.
—ALA
5th nationwide for service to veterans —"Best for Vets: Colleges," Military Times