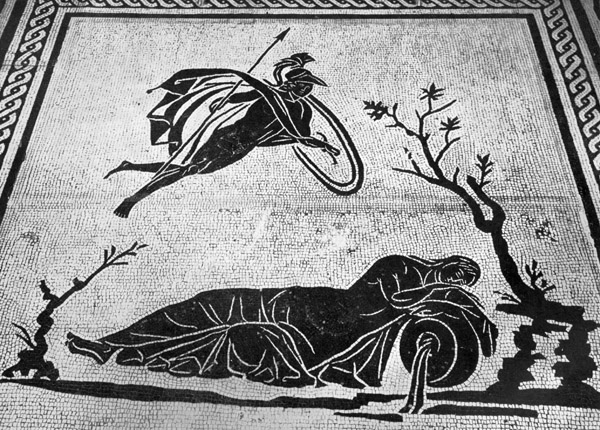 LAWRENCE — Dreams in literature are most popularly portrayed as prophetic messages foretelling the future. 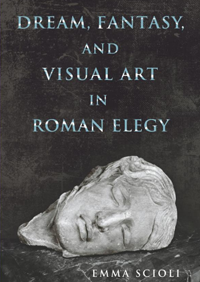 In Virgil's "Aeneid," the fallen Trojan prince Hector appears to Aeneas and advises him to flee Troy with his family. In perhaps Shakespeare's most well-known play, the ghost of Hamlet's father appears to Prince Hamlet to tell him his brother, Claudius, murdered him. And in Charles Dickens' "A Christmas Carol," the miserly Ebenezer Scrooge receives a dreamlike visit from the ghost of his former business partner Jacob Marley.

But a University of Kansas researcher in her new book argues that the authors of elegiac poetry in ancient Rome — Propertius, Tibullus and Ovid — described dreams in a way that acted as a precursor to viewing a film today, considering especially the imagery and literary techniques the poets used to draw in their readers as viewers of the dreams.

"These descriptions are very cinematic. Of course the Romans had no concept of the cinema, but they were interested in the great paradox of dreaming. There you are lying fast asleep, but yet you seem to be crossing mountains or encountering hybrid monsters or other fantastical creatures," said Emma Scioli, associate professor of classics. "I think in the cinema we have that experience, too. A common metaphor of film is that it's a 'dream factory' because there you are sitting in the dark, and you're not moving, yet you are seeing all of this stuff that seems real and to which you respond emotionally as if it were. You can see a parallel."

In her new book, "Dream, Fantasy, and Visual Art in Roman Elegy," released in June by the University of Wisconsin Press, Scioli examines the visually striking textual dreamscapes of the elegiac poets. The book has received the 2015 Vice Chancellor for Research Book Publication Award from KU's Hall Center for the Humanities.

"My book is primarily about dreams, but on the other hand it presents an analysis of the Roman attitude toward visual perception," Scioli said. "And I think it sheds new light on both what we think about Roman dreams and also what we think about the role of dream descriptions in understanding Roman ideas about visual experience."

Even though the dreams in elegiac poems often receive less attention than those in epic poetry, Scioli said her research into the use of symbolic images in the dreams of elegy demonstrates that Romans had an awareness of dreams as products of the mind, reflective of individual anxieties and preoccupations, much like modern psychological research has demonstrated. The dream descriptions that Scioli studied tend to emphasize the personal response to the dreams’ images.

The elegiac poets often used literary devices such as ekphrasis — a vivid description of a scene or a work of art — and simile as modes for describing their dreams, Scioli said, giving particular insight into the Roman concept of "seeing" dreams instead of "having" dreams as we commonly talk about today. She also compares the dreams described in elegiac poetry with related types of visual experience, such as fantasy and voyeurism.

Ovid, for example, goes into extensive detail in one poem about Rhea Silvia, the mother of the the twins Romulus and Remus, and her description of a terrifying dream. The reader knows that Rhea Silvia has been raped by the god Mars while she slept.

Scioli discusses this dream in conjunction with several works of visual art that depicted the god Mars approaching the sleeping Rhea Silvia, demonstrating how poet and artist use similar techniques to suggest the violence and mystery of their encounter.

"There is plenty of work on dreams in antiquity, but it's mostly either on the prophetic nature of dreams or it seeks to catalog what the Romans actually dreamed about," she said. "I try to think about dream descriptions as being in dialogue with other kinds of poetic techniques and to investigate the connection between dreams and other types of visual images."

Image: A mosaic dating to the second century A.D., from the ancient port city of Ostia in Italy (near Rome), shows the god Mars descending to approach the sleeping Rhea Silvia.