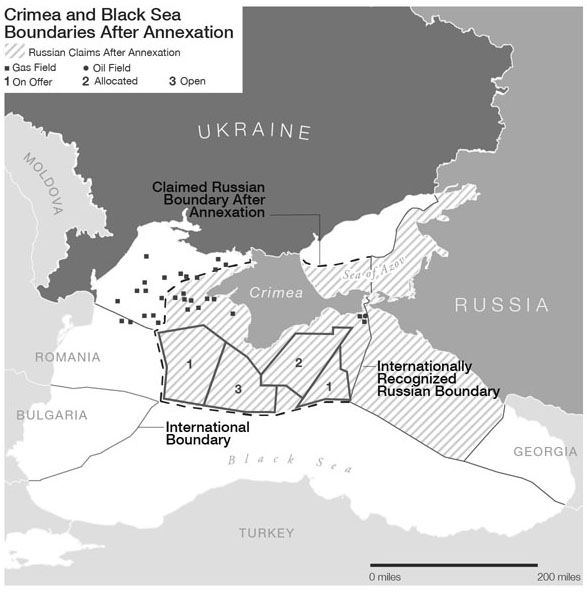 LAWRENCE – As the U.S. military considers positioning equipment along Russia’s western border, geographers at the University of Kansas are studying how Russia’s increasing military presence and conduct in the west connect to the country’s actions in the east.

While Russia’s narrative in annexing Crimea is rooted in the past, Biersack and O’Lear argue Russia’s perspective of the Chinese gas deal is fixed on the future. Published in the journal Eurasian Geography and Economics, their paper, “The Geopolitics of Russia’s Annexation of Crimea: Narratives, Identity, Silences, and Energy,” explores the link between Crimea’s annexation and the Chinese gas deal.

Home to seaside resorts, the Black Sea Fleet and a significant ethnic Russian population, Crimea looms large in Russia’s geopolitical and historical imagination. Russian officials have propagated that Crimea didn’t support the Kyiv government and was under threat of a fascist regime, recalling days of Nazi control of Crimea during World War II. They've also contended the local population was responsible for seceding from Ukraine.

“The justification that Russia is giving for annexing Crimea is that it has always been a part of Russia, the land was settled by Russians, and it is a sacred space for Russia,” said Biersack, who spent a year in Ukraine on a Fulbright award. “Essentially, it is seen by the Russian government as an historical accident that Crimea is not part of Russia.”

The narrative didn’t address two other related reasons for gaining control of Crimea: strengthening the position of the country’s Black Sea Fleet and acquiring Ukraine’s maritime territory, which is rich in gas and oil reserves.

“Russia now controls a large amount of Ukraine’s energy potential, which means Ukraine will continue to be dependent on Russia for its energy needs," Biersack said. “And asserting control over the Black Sea Fleet’s bases means Russia may now develop their forces without Ukrainian approval.”

Following Western sanctions in the wake of the Crimea annexation, the Chinese gas deal allows Russia to remind its citizens and the world of its energy clout. The deal was portrayed in rosy terms and as a vital interest to Russia and its neighboring Asian countries.

“Russia needs energy customers. So it makes a lot of sense for it to shift eastward and have a huge gas deal take attention away from the worsening relationship to the west both for foreign audiences and domestic Russian audiences,” Biersack said.

Western relations continue to worsen following the Crimean annexation. Russia is still concerned with the countries on its western borders that used to be within the Soviet Union’s sphere of influence or under its direct control. In reaction to increased Russian military activity in Europe, the United States and NATO have been conducting military exercises as a way of parrying Russia’s actions and reassuring U.S. allies where the memory of Soviet rule remains salient.

Meanwhile to the east, O’Lear, who has researched energy issues in the South Caucasus and the Caspian region’s pipelines, noted that the gas deal further cements Russia and Chinese relations.

“Pipelines are permanent fixtures. They symbolize a long-lasting relationship because you are spending so much money building it,” O’Lear said. “It requires that you fill a pipeline to a certain capacity, or you can’t make money. You have to have the resources and commodities at one end and the market on the other end.”

As it has in the past, Biersack and O’Lear say Russia continues to grapple with its relations in the east and west. Though Russia’s actions in Crimea are more complicated than a shift in one direction, they contend that Russia represents its future success in turning away from Europe and toward the east.