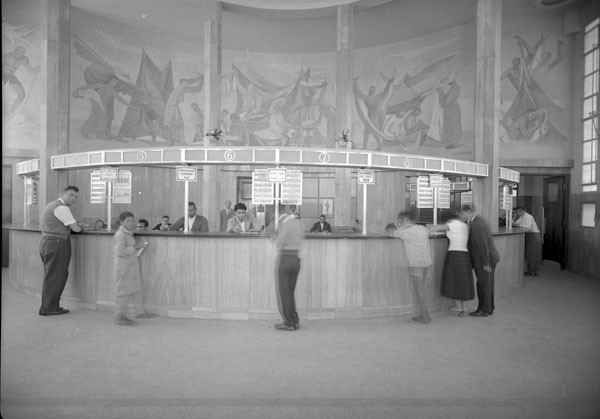 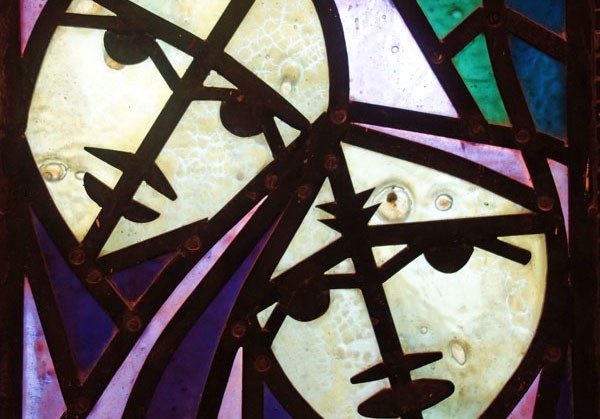 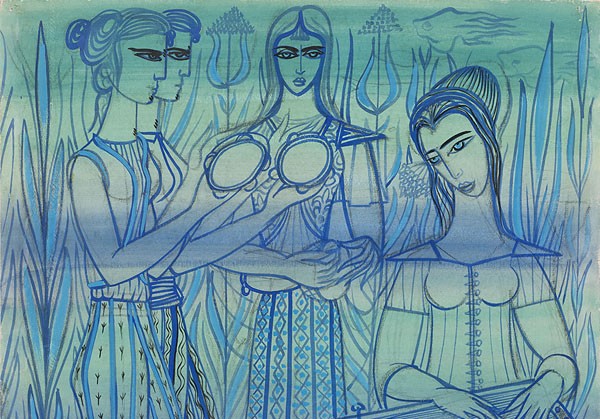 Courtesy of the Spencer Museum of Art 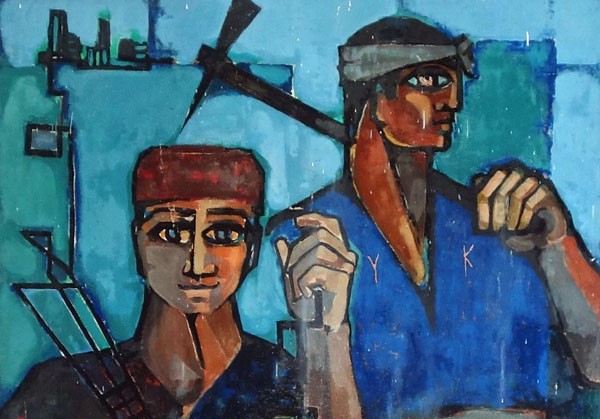 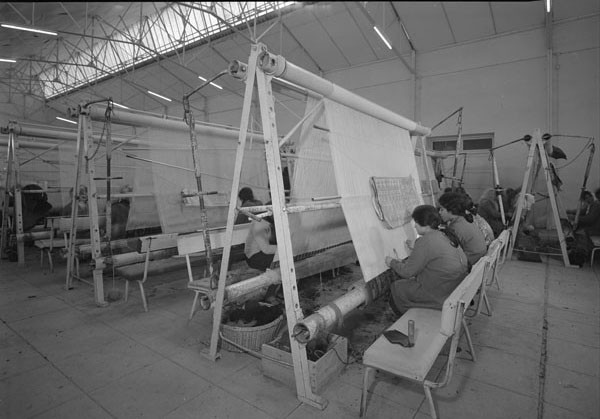 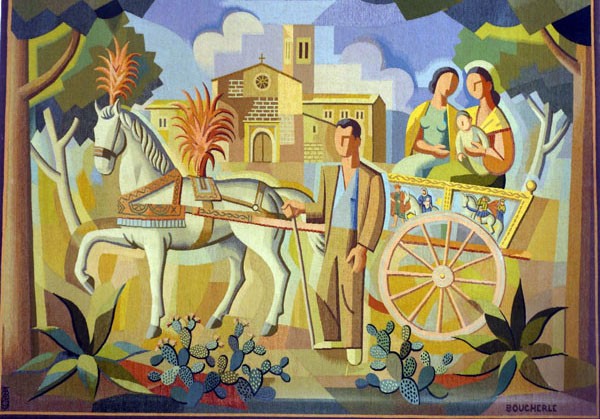 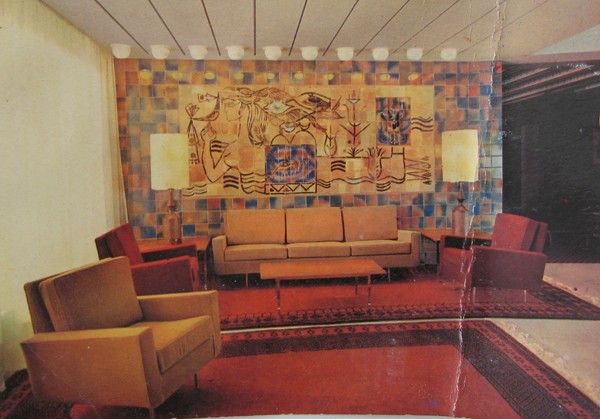 LAWRENCE – Long neglected by U.S. academics, Tunisia, a country recently celebrated as the birthplace of the Arab Spring, is in critical need of scholarship. A University of Kansas professor is among the few to study the figures, structures and fissures of the country’s modern history.

In her upcoming book on the decorative arts in Tunisia, Jessica Gerschultz, an assistant professor of African and African-American studies, examines how female artists negotiated persistent inequality in Tunisian modernism, the uneven application of women’s rights and the instability of an authoritarian regime. She considers artists’ aspirations for modernity together with transnational artistic networks. Over the past five years, Gerschultz has documented more than 50 state-commissioned decorative programs that were created in Tunisia between 1950 and 1972 by teams of artists and artisans.

The only documentation to date on the era’s monumental artwork, Gerschultz’s research includes tapestries, murals, mosaics, ironwork, ceramic tile panels and stone obelisks that were installed in government offices, state-owned tourist hotels, schools, banks and factories. She is examining this work in relation to a corpus of art objects such as miniature paintings, gilded jasmine flowers, candelabras, vases and ashtrays, produced by the same artists.

Through fellowships from the KU Hall Center for the Humanities and the American Council of Learned Societies, Gerschultz will spend 18 months researching and writing about the position of the so-called decorative arts within modernism in Tunisia. She is working on a book, “Decorative Arts of the Tunisian École,” which discusses both the struggles of a modernizing nation and evasive issues at the core of modern art.

“There has been quite a bit written about the art history of Morocco and Egypt, but there is very little about Tunisia,” Gerschultz said.

In the postcolonial years, Tunisia’s administrative elites saw art as a way to combat underdevelopment and transform a population they perceived as backward, extremely religious and superstitious.

“Tunisian modern art received an enormous amount of state support before and after independence,” Gerschultz said. “And there was a great amount of significance attached to the way art could elevate its citizens by making them more modern and more intellectually and socially advanced.”

In 1956, Tunisia’s first president, Habib Bourguiba, passed legislation known as the Personal Status Code, which radically improved women’s rights in the family. The stated goal was to improve women’s social status and education so they could contribute to economic growth and social welfare.

“Women weavers were seen as the prototypical Tunisian citizen in need of advancement,” Gerschultz said. “So there was a good deal of emphasis on ways in which artistic production could help women join the modern economy and become liberated from generations of what elites viewed as antiquated tradition.”

In particular, Gerschultz’s research focuses on Safia Farhat, the lone women in an elite group of French, Italian and Tunisian artists known as the École de Tunis, or the Tunis School.

Known for establishing modern tapestry in Tunisia, Farhat was instrumental in creating collaborations between artists and artisans from the state-run craft industry during the period of Tunisian Socialism. As the first female and first Tunisian director of the postcolonial School of Fine Arts in Tunis, Farhat also changed the school’s colonial, male-dominated culture to one that admitted and produced a generation of female artists and teachers.

“In Tunisia, she plays a very important role in the history of modernism, which is often male-dominated in the Middle East and Africa,” Gerschultz said.

Today some of Farhat’s elaborate tapestries still hang in government-owned buildings such as the Central Bank, the National Tourism Office and the Tunisian Sugar Company. However, Gerschultz said during the course of her research she found many of Farhat’s works had disappeared, some even going missing in between her visits to Tunisia.

“That was frustrating,” Gerschultz said. “I started my research in 2010 focused on her tapestries, but I had to open it up to other artists and works of art that have survived.”

The ambivalence Gerschultz saw toward the tapestries, as well as decorative programs in more permanent materials, led her to see that these artworks embedded both the tensions of early postcolonial Tunisia and an unwritten history about modernism from the standpoint of an African Arab country, she said.