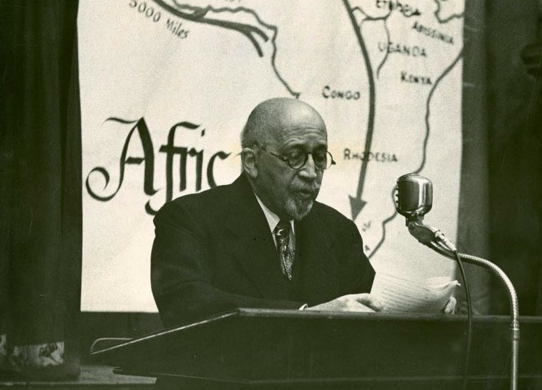 LAWRENCE – In 1952, African-American author, scholar and civil rights leader W.E.B. Du Bois wrote an editorial in the National Guardian condemning presidential candidates Adlai Stevenson and Dwight Eisenhower for not criticizing those who flew Confederate flags at campaign rallies throughout the South. 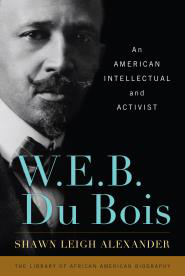 “Du Bois wanted the nation to understand the Confederate flag is the flag of oppression. He is saying this in 1952, and we are having the same debate in 2015,” said Shawn Leigh Alexander, associate professor of African and African-American studies and director of the Langston Hughes Center at the University of Kansas.

From the Confederate flag to nuclear weapons, much of what Du Bois wrote about continues to resonate today. Alexander is the author of “W.E.B. Du Bois: An American Intellectual and Activist,” which Rowman & Littlefield Publishers released earlier this summer.

Du Bois is most often introduced in classrooms as the counterargument to Booker T. Washington’s Atlanta Compromise, which is interpreted as advocating for the surrender of African-American civil and political rights for economic and educational opportunities. In his book, Alexander addresses both Washington’s case and the one Du Bois made in, among other places, his 1903 classic, “The Souls of Black Folk”.

“The debate is often told in a very simplistic manner. It is believed to be a debate over industrial education versus higher education,” Alexander said. “But it is much larger than education. It is a debate over strategy and the approach to the issue of race and citizenship.”

From there, Alexander covers Du Bois’ role as one of the founders of the NAACP and his philosophical disagreements with other African-American leaders such as Marcus Garvey and Walter White. Alexander also explores the less-studied era of Du Bois’ life as an international spokesman who moved toward a more democratic socialist outlook and pushed for world peace and anti-proliferation of nuclear weapons.

“He is one of the foremost thinkers of modern American society. He is the father of American sociology, a political activist and author of some of the most towering intellectual books of the 20th century,” Alexander said. “I would like to resurrect his voice for the general public and have them recognize who he was.”

The Du Bois biography is Alexander’s fifth book on African-American social and intellectual history of the 19th and 20th centuries.