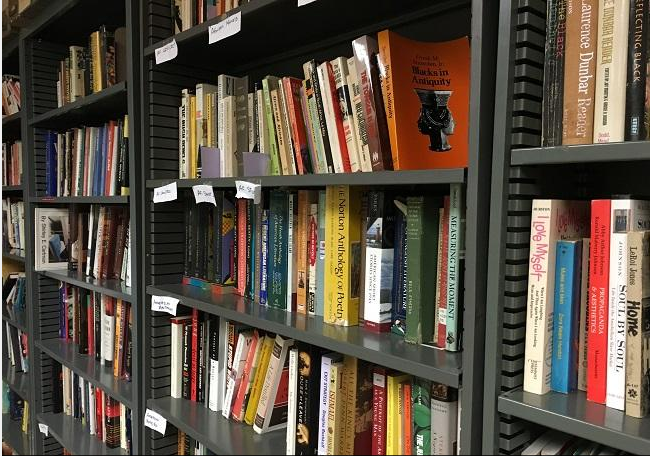 LAWRENCE — Big data has helped researchers advance many scientific fields in recent years, but it also extends to how humanities scholars analyze trends and themes in literature.

However, the kinds of statistical queries that digital tools can produce are rarely used in African-American literature — until now. The University of Kansas' Project on the History of Black Writing has received a startup grant that will seek to develop a process to pave the way for examining texts in ethnic literature, especially those that deal with the complexities of race.

"In traditional literary research, you can't work with 70 books at a time, like you can in this research. In a way, that can limit the broad analysis, and scholars are left to make assumptions about what the main subjects are — based on a limited pool of work — in a genre," said Maryemma Graham, HBW's founder and director. "But with technology, scholars are able to look, and in many cases, bring more important trends and themes to light."

The National Endowment for the Humanities has awarded the $40,000 grant to HBW, whose partners include the KU Institute for Digital Research in the Humanities, The Chicago Text Lab at the University of Chicago and the College Language Association. The Black Book Interactive Project, or BBIP, for the next 18 months will connect a team of African-American scholars with digital humanities specialists. Daniel Caine, MFA student in English, serves as the co-principal investigator for the grant that relies on a staff of graduate and undergraduate students, including Arnab Chakraborty and Connor Noteboom.

The HBW, founded in 1983 and now based at KU, is the oldest and longest continually active literary archive that connects black writing and culture with the public humanities in United States and abroad.

Graham said the metadata schema developed for the BBIP will seek to create and model settings that can help scholars create and identify the critical factor of race and reflect those discourses in which African-American literature scholars are engaged. The project also aims to give increased attention to limitations of the current experimental data-mining tools that exclude significant groups of writers and relevant collections.

The use of this type of technology comes at a crucial moment in the evolution of the digital humanities and African-American literature, she said.

"We continue to uncover black texts yet lack the ability to place them within a proper context. In addition, American writing today is more diverse than it has even been, with ethnic and immigrant writers changing the entire face of American and world literature. " Graham said.

For example, BBIP work will likely look at writers who were active in African-American literature before 1940. One such writer is Claude McKay, a familiar figure in the Harlem Renaissance, who wrote "Home to Harlem" and "Banana Bottom." For every McKay, however, there are dozens of other writers whom we know less about because their work remains buried in archives and rarely taught, Graham pointed out.

There are examples on a small scale of researchers delving into this area, Graham said. Former HBW staffer and KU English alumnus Kenton Rambsy, now assistant professor at the University of Texas Arlington, completed a dataset that shed light on the language shift in African-American short stories as more people began to migrate north after the Civil War, she said.

Focusing on a large dataset in the context of computational models can likely reveal the many views that responded to Jim Crow in a body of literature that is also largely unknown, she said.

"The research might tell us what we thought people were writing about is not what people actually were writing about," Graham said. "It could change the whole paradigm of what literature is at any given period because you are now quantifying the words people are using, the themes they are focusing on, the areas and geography in which they write and what types of characters are represented using a much larger dataset."

To make this type of work possible has required an intensive effort to scan texts into the digital format.

To supplement the work of the grant, HBW also received funding from KU's Hall Center for the Humanities to complete the scanning project that began more than a year ago through an initial partnership with the Chicago Text Lab and to take its next steps. The $15,000 grant supports the Digital Inclusion Group Initiative, the umbrella organization through which HBW hopes to expand the network of scholars and researchers who are working in areas that are largely underrepresented in digital research.

"Using these advanced technologies requires significant collaboration," Graham said. "This is one of our strongest assets at HBW, and the Hall Center grant will help us create and train a larger community of scholars committed to computational methods of research but whose work is unable to advance because of their isolation and lack of access."