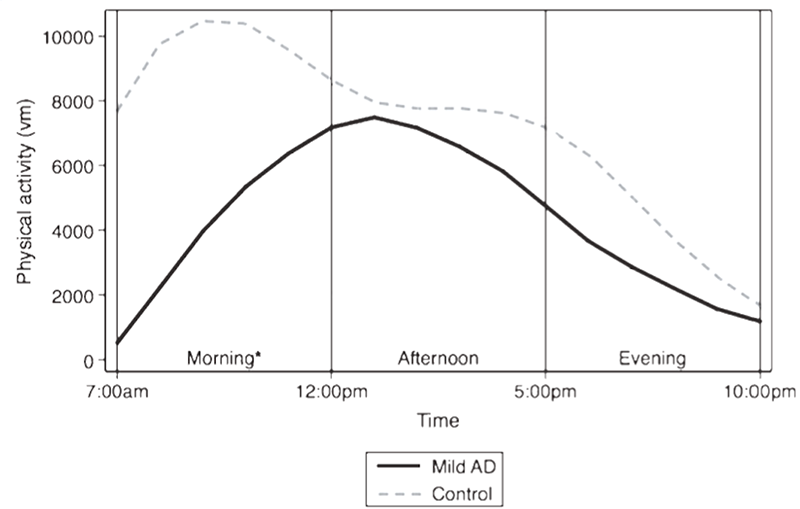 LAWRENCE — For older adults, physical activity is apt to shield against cognitive decline and forms of dementia such as Alzheimer’s disease (AD). Yet, as people age and some experience cognitive impairment, they tend to become less physically active.

“Physical activity is very important for brain function,” said Amber Watts, assistant professor of clinical psychology at the University of Kansas. “We know that people who are physically active are less likely to develop AD. But we also know that for people already living with AD, physical activity can help them function better, decline more slowly and help them with symptoms like agitation, wandering and sleeplessness.”

According to Watts, too little is known about patterns of activity for people experiencing the early stages of AD. For instance, researchers have lacked useful data about how the progression of the disease itself plays a role in diminishing day-to-day physical activity.

“Part of the issue is they’re a difficult population to study,” she said. “It’s mostly assumed that they’re not active, that they don’t engage in physical activity, but our research showed people in early stages of AD are capable of being active —they just need assistance.”

Watts, who researches health behaviors, prevention strategies and bio-behavioral processes tied to cognitive decline and dementia, wanted to know if there were differences in physical activity between the two groups.

She recently co-authored research appearing in the peer-reviewed Journal of Alzheimer’s Disease that used state-of-the-art accelerometers to track daily physical activity of healthy people and those in the early stage of AD.

“In researching physical activity, people in the past have collected data using body-worn devices like Fitbit and accelerometers that collect data every second,” Watts said. “But instead of using all the data, they’ve summed it into one score over the entire time the person was wearing the device. What we’ve done is look at variability in physical activity over course of the entire day. This may help us to customize interventions, and it may help us to understand disrupted sleep cycles as well.”

With colleague Vijay R. Varma of the National Institute on Aging, Watts analyzed daily physical activity of 92 volunteers with and without AD at KU’s Alzheimer’s Disease Center in Kansas City. Participants wore Actigraph GT3X+ accelerometers for a week.

“We found people with AD have different daily patterns of activity than people without AD,” Watts said. “They spend less time in moderate-intensity activity. But it has to do with time of day. They’re a lot less active in the morning, when most people are at the peak of activity — and that may influence caregivers and people who are trying to help people with dementia.”

The KU researcher said understanding this different daily pattern in physical activity could be key to designing interventions and improving sleep for people with early AD, perhaps by targeting more physical activity in morning.

Watts said the kinds of physical activity found to be helpful to people with AD might be as simple as finding time to walk around the neighborhood. Her past research includes studies on the benefits of walkable communities for older adults.

“Walking is actually the best thing,” she said. “It’s low risk, it’s safe, anyone can do it, it doesn’t require specific equipment, it can be done anywhere. There are other light-intensity activities like stretching, tai chi, household chores, gardening, walking around the mall — those are also beneficial. People with AD don’t have to go to the gym, they just need to do something that keeps them moving and keeps them from sitting continuously.”

Challenges for people with AD to getting physically active include changes to what researchers call “motor planning” that come along with typical symptoms of mild AD, even though gross motor function is largely preserved.

“That’s the ability to plan out what movements they will do,” Watts said. “There’s an interaction between cognitive features and motor features. If you have difficulty with cognition, you have trouble with motor function. For instance, if you want to walk, but fear getting lost, you are reluctant because you need cognition to guide motor behavior. In early stages of AD, people are still high functioning physically, but they perceive it’s more difficult to get physically active.”

Watts will present her latest findings to the annual meeting of the Gerontological Society of America in New Orleans on Nov. 16.

She’s following up the research with a larger study of volunteers from KU’s Alzheimer’s Disease Center, which is headed by colleague Jeffrey Burns.

“There will be hundreds who wear accelerometers for two weeks at a time, collecting data, and we’ll look at both sleep and physical activity,” Watts said. “So we’re continuing this line of research to find out more. We’re especially interested in how nighttime sleep and daytime activity levels interact and influence one another.”