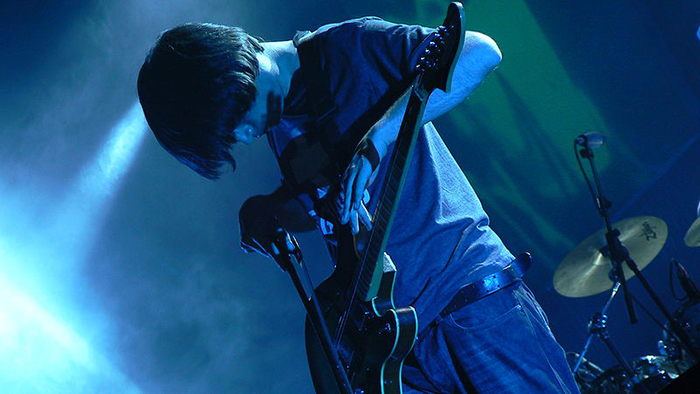 LAWRENCE – “The most important rock band since the Beatles” deserves a book focusing on its music, or at least that was University of Kansas researcher Brad Osborn’s thinking when he considered Radiohead.

“All the books about them thus far are biographical,” said Osborn, assistant professor of music theory. “This is the first book to really look at the songs themselves.”

Osborn’s “Everything in Its Right Place: Analyzing Radiohead” (Oxford University Press, Nov. 1, 2016) takes an in-depth look at the British band’s nine albums, drawing comparisons between the sweeping sonic textures and the lyrics.

Having sold more than 30 million albums since 1993, Osborn said, Radiohead occupies “a sweet spot between the completely weird and the completely conventional.” 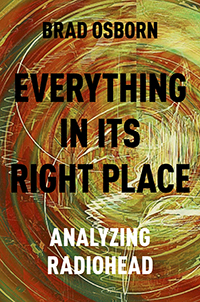 “They are the first band since the Beatles to be both experimental and to sell so many records,” Osborn said. “They are the only band that has done both … in the past 30 years.”

And though he was not able to interview band members Thom Yorke (lead vocals, guitar and keyboards), Jonny Greenwood (lead guitar, keyboards), Ed O’Brien (guitar, vocals), Colin Greenwood (bass) and Phil Selway (drums) for the book, Osborn said he had plenty of material with which to work, based simply on Radiohead’s recordings.

“The music deserves it,” he said. “It’s really important, smart music. It’s accessible to the masses — to the average rock listener — and yet it gave someone with a Ph.D. in music theory four years of work to think about.”

Only Greenwood has classical training, Osborn said. Yorke writes most of the music and lyrics, but he avoids rock clichés.

“He (Yorke) sits at the piano and figures it out,” Osborn said. “He’s never conventional. Most of the time, you hear guitar chords that move in straight lines, in parallel motion. With the piano, you have the freedom to create angular melodies and harmonies.”

Osborn said Radiohead leaves the meaning of its music up to the listener to decipher.

“Each song leaves a trail of bread crumbs, and it’s up to you to put them together,” he said. “I don’t think the obvious answer is always the one we should go for. I don’t think we should consider the composer’s intent. It’s more about individual interpretation.”

Osborn hears some clues in Radiohead’s latest recording and in live performances that signal the band’s remarkable run may be coming to an end.

“I would be sad, but I would not be surprised if this were the last album,” he said.

Osborn said Radiohead has been “a huge influence” on the music he makes under the band name D’Archipelago. Osborn does it all himself, layering guitar, keyboard and drums, among other instruments. Since Osborn released the D’Archipelago recording “By the Lights of Gomorrah” on Bandcamp in March, it has been referred to as atmospheric, black metal and shoegaze.

Osborn said KU was looking for a pop music scholar when it hired him four years ago. He incorporates rock into his freshman theory class, “and I know the students appreciate it,” he said. “They compose and perform work. I make it as hands-on as possible.”