LAWRENCE — The University of Kansas has announced the November 2016 Employees of the Month. They are as follows: 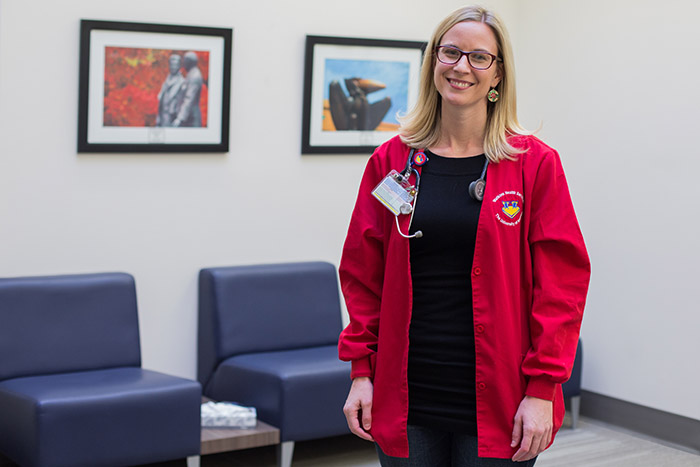 Harper is never too busy to lend a hand whenever it is needed. She’s calm, collected and an effective leader. She is knowledgeable and a good problem solver.

Harper knows the difference between a boss and leader, and testaments from her employees show she’s a leader. She is humble and treats her subordinates as equals, bringing out the best in everyone. She inherited a changing situation and responded with calm confidence. Harper works well when communicating with other departments and always listens to suggestions from nurses and does what she can to make positive changes.

Notable: Previously, there was a nursing supervisor and an assistant nursing supervisor. Harper is currently juggling both roles, but you would never know it to talk to her. Under her leadership, the culture of the nursing department has greatly improved. Staffers are confident and comfortable under her supervision, and this has been reflected in improved interactions with internal and external customers. Harper actively shows that she genuinely cares for her staff and for the mission of Watkins. 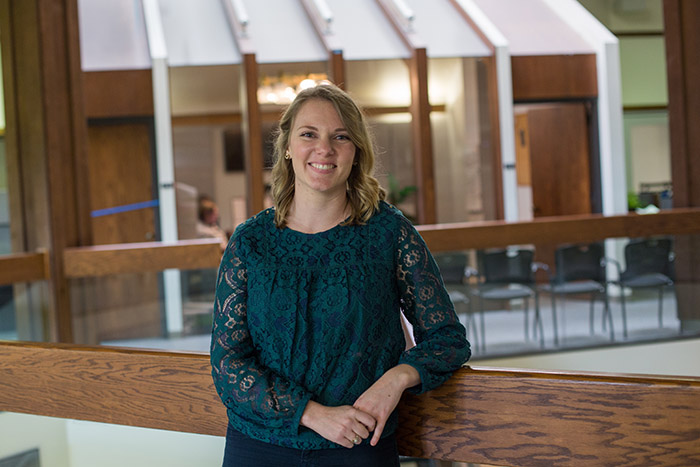 In her role, Whitney Jones has executed all of the duties of a licensed architect, but at the time of her nomination, she was not one yet. She performs everything from feasibility studies and planning and programming to client meetings, site verifications, code research, construction drawings and construction administration. Jones began work at DCM as a student employee and started her professional career here. She is a great example of a Jayhawk, a credit to her school and state.

Jones, while working toward her architecture license, made significant contributions to DCM’s mission. She recently passed her architectural registration exams, which fewer than 67 percent of those who take it pass. This registration will allow her to do even more valuable work for KU.

Notable: DCM has been busy with the Central District Project. Because of this, Jones has stepped in to do much of the project work normally handled by the production group associate and assistant director. With her additional effort and skills, clients have not been affected by the additional workload DCM has taken on. Jones has also been involved in easing the transition from KU construction to zone construction due to reorganization within Campus Operations. The transition has affected many projects for many different clients, but because of Jones’ efforts, most probably do not know a change has been made.

Some of the projects that Jones has been involved in include Marvin Studios, Spencer Museum of Art, Dole Human Development Center, Eaton Hall, School of Law and the Biodiversity Institute in Dyche Hall. Jones impressed all involved with each project. Clients who have worked with her on projects wrote to the Recognition Committee stating how impressed they were with her responsiveness, creativity, positivity and dedication to meeting the expectations of the project.