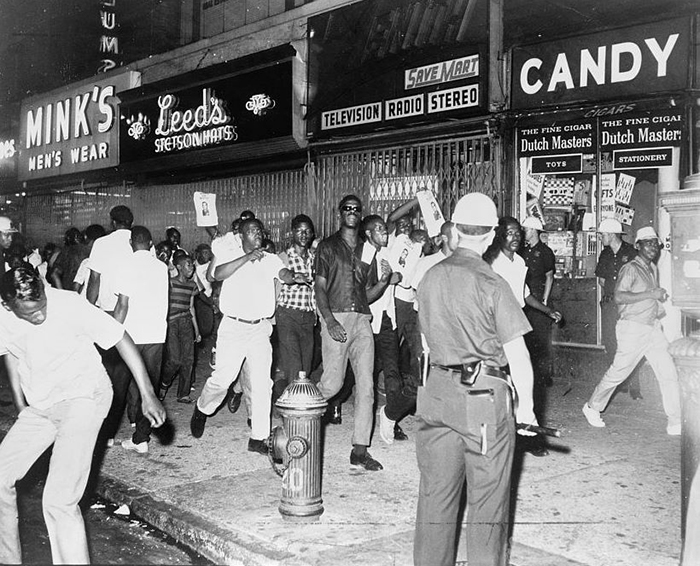 LAWRENCE — Fifty years after the “long, hot summer” of 1967, the causes, effects and meanings of the riots that killed dozens and injured thousands in Detroit; Newark, New Jersey, and elsewhere, giving rise to the phrase, are still debated. A group of 30 high school teachers will gather on the University of Kansas campus this summer to ponder those questions and to plan how to teach the subject.

The topic is especially relevant in light of recent episodes of civil unrest in places like Ferguson, Missouri, and Baltimore and the ongoing Black Lives Matter movement, say the organizers of the seminar.

The National Endowment for the Humanities agreed, giving the Langston Hughes Center, a project of the Department of African and African-American Studies, a $180,000 grant to support "Teaching the 'Long Hot Summer' of 1967 and Beyond." The project will be led by the Hughes Center’s director, Associate Professor Shawn Alexander; Department Chairperson Professor Clarence Lang and Professor John Rury of the Department of Educational Leadership & Policy Studies.

“We said, ‘It’s the anniversary of 1967’ … and we saw a direct correlation with current events,” Alexander said. “High school teachers are dealing with it in class. We wanted to put this in a social, historical and political context to help them explain the moment they’re living in today, to see what we’ve learned and haven’t learned about rebellion, race relations and the socioeconomic conditions with regard to inequality and injustice.”

In their aftermath, President Lyndon Johnson appointed the so-called Kerner Commission to study the riots and recommend action. The report’s famous phrase — "Our nation is moving toward two societies, one black, one white — separate and unequal” — remains “a stark indictment of racial inequality in all its manifestations: economic conditions, access to political representation,” Lang said. “But the Johnson administration ultimately ignored it.”

“Then you get law-and-order candidates like Richard Nixon coming out of them, rather than policy,” Alexander said.

Rury said the three-week seminar would look back to the late 19th and early 20th centuries to find precedents for the long, hot summer.

“This didn’t just happen in the 1960s,” Rury said. “Race riot used to be a term for whites attacking blacks. Then it switches. We’ll also look at the legacy going forward, from the 1992 Los Angeles riots following the Rodney King verdict to Ferguson to Baltimore. We’ll look at the international context also.”

The organizers say they will use primary and secondary sources for the course material, including newsreel footage that Kevin Willmott, professor of film and media studies, is putting together. There will also be a field trip to the site where riots broke out in 1968 in Kansas City, Missouri, following the assassination of Martin Luther King Jr.

During the seminar, participants will develop web-based portfolios that include lesson plans suitable for their home institutions. The portfolios will be made public in the months following the institute, creating an array of materials that teachers anywhere can continue to refine and share.

For more information, or to apply to attend the seminar, visit www.summer67.ku.edu.