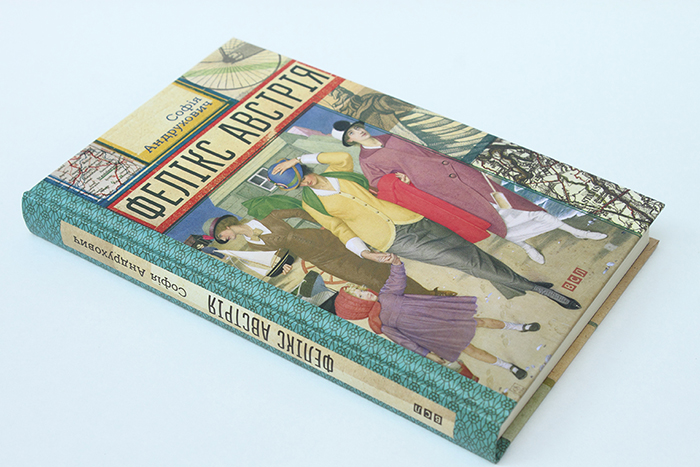 LAWRENCE — Russia’s 2014 military intervention in Ukraine brought a renewed international focus onto a region that many in the West forgot about after the collapse of the Soviet Union.

A desire to better understand the conflicts among the peoples of the region apparently played a role in the recent award of a grant from PEN America to Vitaly Chernetsky, associate professor of Slavic languages & literatures, to complete his translation of a recent Ukrainian novel.

Chernetsky was one of 15 recipients of the 2017 PEN/Heim Translation Fund Grants. He will use the $3,870 award to finish his translation of Ukrainian writer Sophia Andrukhovych’s novel “Felix Austria.” PEN calls itself the world’s leading literary and human-rights organization.

In its announcement of the grant, PEN America called the book “vividly detailed,” saying Andrukhovych “is one of her country’s most exciting young novelists, and the novel’s themes of isolation, community, otherness and the importance of history are especially relevant, and moving, in these times.” The announcement added: “Andrukhovych’s work in Chernetsky’s English rendering is keen, lifelike and endlessly exciting and perceptive.”

“Next to the National Endowment for the Arts, this is the most prominent recognition and support for literature in the United States,” Chernetsky said. Several American publishers, he said, have already expressed interest in the work, as have Europe-based movie producers.

“This is the first time they (PEN) have supported translation of a literary work from Ukraine,” said Chernetsky, who was born and raised in Odessa. “Ukraine is very much in the news.”

“Felix Austria” was Ukraine’s best-selling novel the year after the “winter revolution” of 2013-2014, Chernetsky said.

“I thought it would be good for us to learn why it resonated with the public so strongly,” he said. “It would help us to understand that situation.”

The novel, Chernetsky said, is historical, set in the year 1900.

“It’s about self-discovery,” he said. “It can apply to Ukraine as a nation at large, figuring out what makes it unique. What does it share with others? What crises might await it along its journey of self-discovery?

“It’s written in the first person, from the perspective of a woman in her early 30s, Stefania, who is the housekeeper for an up-and-coming, middle-class family in a part of Ukraine under Austrian rule before World War I. So it’s a multi-ethnic, multicultural situation. It’s also important that she’s an orphan. The woman in the household also is half-orphaned. She lost her mother in a fire, and Stefania was brought into their household, so they grow up together. So there are questions of class, ethnicity, language and religion.”

Chernetsky said there are also elements of suspense and adventure in the novel’s plotline.

The author visited the Center for Russian, East European & Eurasian Studies at the University of Kansas in December 2015 as part of a national tour, and that’s when she invited CREES’ then-acting director Chernetsky to be her translator. He was pleased to accept, he said.

“You are a cultural mediator,” he said. “You need to stay faithful to the ideas of the original, but you have to make the text work in the language and culture into which you are translating. You have to be faithful to one culture but have it make sense in the context of another culture. It requires a subtle negotiation and in-depth understanding of both contexts.

“If there are puns in the original or references to cultural things that would require extensive footnoting, if characters speak in dialect that is dated, how do we find equivalents of that in English?”

Chernetsky said he hopes to complete his first draft of the translation by this summer.

PEN America’s Translation Fund, now in its 14th year, received a record number of applications this year — 224 — and Chernetsky was one of 15 winners. The P.E.N. (poets, playwrights, essayists, editors and novelists) American Center was founded in 1922 in New York. PEN International was founded the year before in direct response to the ethnic and national divisions that contributed to World War I. There are 144 PEN centers in 101 countries comprising PEN International.