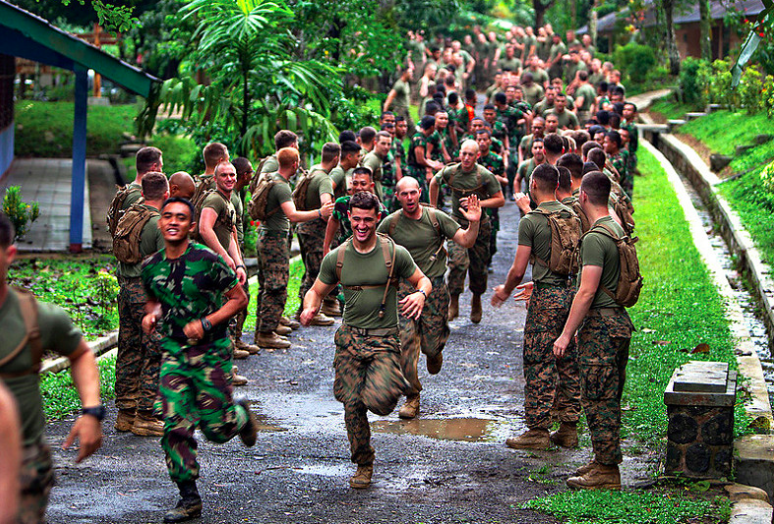 LAWRENCE — U.S. grant programs that provided training to international military and civilian personnel since 1995 are tied to fewer conflict-related civilian casualties in foreign countries that were recipients of the U.S. security aid. However, arms-sales programs are ineffective at improving human rights in those countries that purchase U.S. weapons and services, according to a new University of Kansas study.

The researchers said the study, published in Political Science Quarterly, is particularly timely given the Trump administration's focus on cutting the federal government’s international aid, including overtures about reductions in programs that provide U.S.-funded foreign military training while either keeping or increasing foreign military sales.

"We precisely show that if the U.S. is truly interested in building a more peaceful world where the militaries of foreign states do not get involved in egregious human rights violations and abuses, then we need more of what the government apparently wants to eliminate," said Mariya Omelicheva, a KU associate professor of political science and the study's lead author.

The study examined every U.S. security assistance program funded and administered by the U.S. departments of State and Defense between 1995 and 2012 by the number of dollars allocated and the total number of trained foreign military. This included Foreign Military Sales, Foreign Military Financing, the Professional Military Training, Security Assistance Training Program and many others.

The study also focused particularly on the International Military Education and Training, or IMET, program, which provides grant funding for a variety of education and training programs for foreign military personnel, including having foreign officers train on U.S. soil, such as at Fort Leavenworth.

"IMET is a deliberate effort to expose foreign military and civilian personnel to democratic institutions and values and internationally recognized human rights, whereas this objective takes a back seat when it comes to foreign military finance or foreign military sales," the researchers said.

The researchers compared that spending and number of military students trained or served with the number of atrocities committed in countries that either received U.S. military aid to train their soldiers or used their own money to buy U.S. weapons and training. They defined atrocities as deliberate use of lethal force against noncombatant civilians by state actors who were engaged in a wider political or military conflict. This is a broader definition of a traditional human rights abuse.

Omelicheva said the findings indicate that U.S. security assistance programs that provide substantive education, training and exchanges of ideas are important in shaping the human rights practices in foreign countries. The positive nature of these exchanges tends to have a more lasting effect as foreign military officers and students return home and put these ideas into practice.

"The socialization process is crucial in developing that kind of awareness that is necessary for developing the modern military we want to have in different parts of the world," she said, "one that is respectful of human rights and of law."

Omelicheva said she had a similar experience as a scholar from Russia who came to study in the United States, and when she returned she was motivated to try to change the political culture.

She said in these training programs, the foreign military officers likely learn more about specific tenets of democracy, such as protection of minority rights, due process and the rule of law, which are extremely important ideas in nascent democratic states or former authoritarian regimes.

"The idea is that you don't need to hold a stick and constantly use the sort of punishment, such as withholding further assistance, to compel the foreign officers to embrace the principles of humanitarian law and human rights," she said. "Once the middle range of officers reach the higher echelons of power in the military, we would like to see them not giving orders to go and shoot their own citizens or be complicit in whatever other brutalities a regime might wish to commit against possible political opponents."

With weapons sales or other loans, the U.S. military or Department of State has little control over how a foreign government uses it, compared with an exchange program, Omelicheva said.

"For a political change to occur it has to occur on the backdrop of change in knowledge that people can hold onto. It can only happen over time," she said. "You can change attitudes experientially by exposing those people to experiences that they cannot even think about."