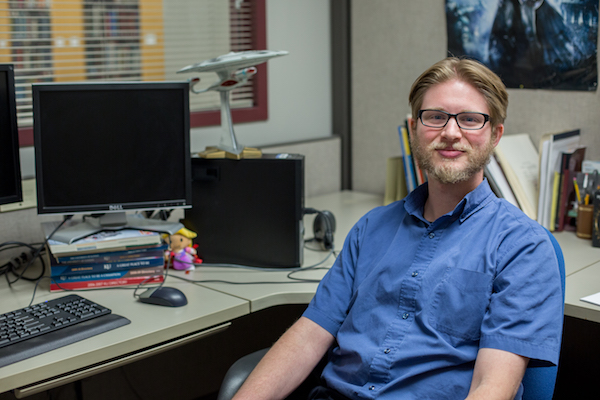 Notable: Bohling is a graduate of the School of Music and is a former Music and Dance Library student employee. Because of this history, Bohling brings to his role a unique understanding of the equipment and materials. This background knowledge has led to Bohling being instrumental in improvements to the equipment available and the space itself. Bohling oversaw a number of facility changes such as removing dated equipment, rearranging carrels, and installing new library computers. Bohling and his student employees worked hard to assist in the improvements, well beyond expectations. The result of Bohling’s work has vastly improved study facilities and equipment for students, faculty and other library users. In addition to coordinating the improvements with IT and Facilities, Bohling also took on other duties on his own to include setting up public computers and equipment, pulling wires and dismantling shelves all in an effort to help expedite and streamline the process.

In addition to his work to improve the physical space, Bohling has also made efforts to improve the accessibility of the library’s content. Bohling undertook a project to catalog music that had not been cataloged previously. In doing so, he made the information clear and easy to search with the ability to be sorted by a number of different criteria. An idea was brought forward to offer a service through the Music and Dance Library of digitizing musical tracks from the library-owned CDs to make them more accessible to patrons. When Bohling heard the idea he took off with it. He contacted other music libraries that offer the service, partnered with IT for a platform that would support video and audio projects, and has been able to successfully digitize faculty requests. 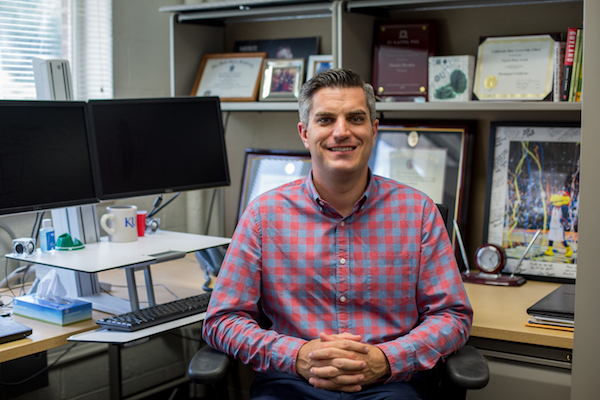 What that means: Dustin Struble oversees Bystander Intervention and Men’s Engagement for the Sexual Assault Prevention and Education Center. He has developed a campuswide bystander program from scratch and has created program assessment tools and data analysis.

Notable: Struble worked tirelessly during the fall semester to develop and implement KU’s “Bringing in the Bystander” program. He spent hours on research, spreadsheets and website designs. He trained and coordinated 120 volunteer facilitators from dozens of different departments across KU and in the Lawrence community. He scheduled and coordinated training for 1,316 students. When it came to coordinating 120 volunteer trainers, Struble was organized, transparent and direct. He communicated openings for training and expertly handled scheduling as well as conflict resolution.

When developing boundaries for the program, Struble took a student-centered approach. Struble supports those affected by sexual violence by intentionally coordinating with the KU care coordinator to create an alternative trauma informed program option. Struble supported facilitators who were emotionally affected by the content of the program and shared in the joy of facilitators who experienced student growth in their session. Struble also rallied student groups who were hesitant to acknowledge the need for bystander training within their organization. Struble constantly asks how to make his work better and more accessible. Struble is hard-working, committed to the causes of social justice, sexual assault prevention and feminism.

Struble is an advocate for maintaining the research efficacy of the Bringing in the Bystander training. At times there was pressure to make modifications to the program that would have eliminated the evidence-based foundation of the program. Struble never took the easy road, but always communicated with extreme respect and compassion. Struble’s efforts have positively impacted the 120 volunteer trainers and the 1,316 student participants, but in the true spirit of bystander intervention, Struble’s work has created a ripple effect that has made KU a better and safer community.